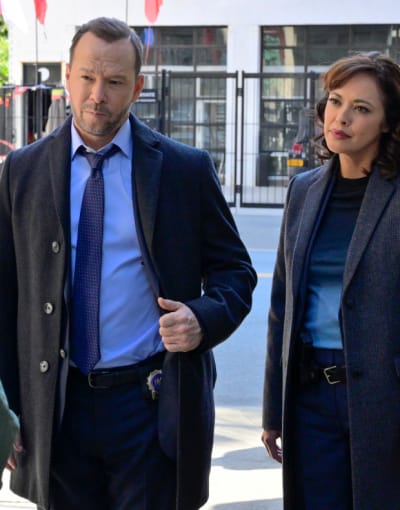 Payback is a bitch.

On Blue Bloods Season 12 Episode 7, Erin had plenty of reason to believe Kim was assigning a low-level drug possession case to her as revenge.

But when she turned out to be wrong, did she make the right decision about the DA race?

Although this was one of Erin’s more compelling storylines, it didn’t quite make sense.

For one thing, why would Erin assume that Kim wanted to get her back for considering a DA run?

On Blue Bloods Season 12 Episode 6, Erin insisted on re-opening the case that Kim had kept quiet about for a lifetime. So if Kim were seeking vengeance, wouldn’t it more likely be for that whole debacle?

Besides, Kim being so petty wouldn’t be a good strategy to keep Erin from trying to get her job. It could easily make Erin twice as determined to win the Manhattan DA race. 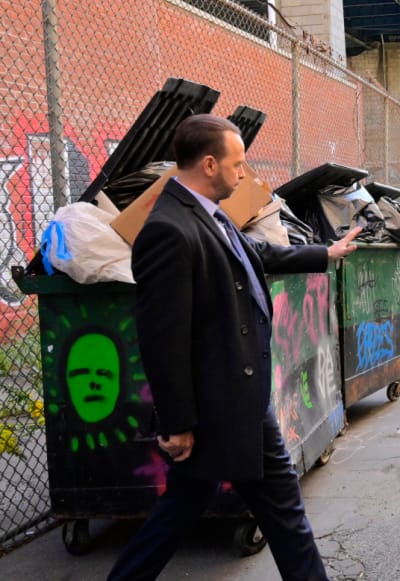 I’m not sure I believe that Kim respects Erin and considers her the best ADA, either.

If that was the case, Kim could easily have explained to Erin that she had a hunch there was more to this case than meets the eye, and that’s why she wanted Erin to handle it.

Erin: This is a misdemeanor drug charge.
Kim: I realize it’s below your pay grade.
Erin: It’s below this office’s pay grade.

Instead, she let Erin think she was being given a case far beneath her abilities. It wouldn’t have been logical for Erin to assume anything OTHER than foul play here. 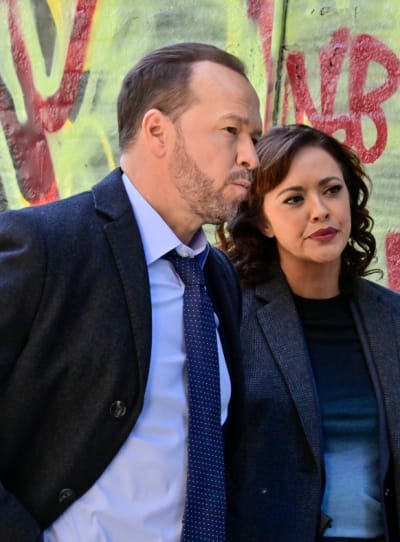 Kim’s claim that Erin was her best employee seemed manipulative, too. If she DID know Erin was considering a DA run, she might have thrown that in there to make Erin feel too guilty to move forward.

Frank: Pop, am I missing something?
Henry: I’m totally in the dark.
Erin: It’s a long story without a point.
Frank: I love long stories without a point.
Erin: I just don’t want to [run for DA]. Can’t that be enough?
Frank: If that’s really how you feel, it can be.
Erin: Well, it is.
Frank: My two cents.
Erin: I should have known that wouldn’t be that.
Danny: That’s never that.
Frank: Sometimes an emphatic NO is the last step before jumping in with two feet. Something to consider.

I’m with Frank: we haven’t heard the last of this. Not by a long shot.

Speaking of Frank, was anyone else disappointed that he transferred Detective Reddick BECAUSE she did such good work? 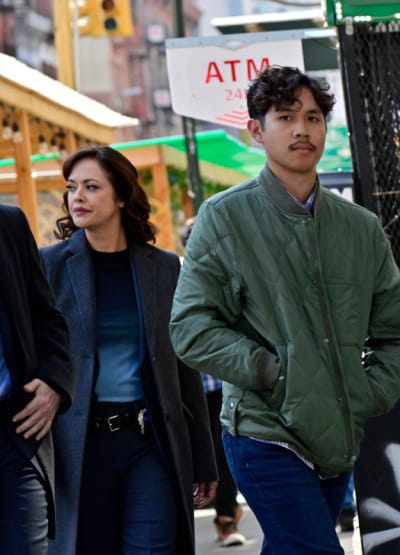 Reddick made an exciting addition to the team. Had she stayed on board, there probably would have been plenty of more head-butting between her and Sid, which would have made for some compelling drama.

The rest of the team wasn’t happy to work with Reddick, but Sid was openly hostile, and I’d have enjoyed continued sparring between the two of them.

Frank hired Reddick because she wasn’t afraid to be direct (even if she did need to be pushed to share her opinion in the meeting!), and she offered a fresh, different point of view from the more old-school employees. And then, just as I was beginning to enjoy the new dynamic, Frank sent her away. 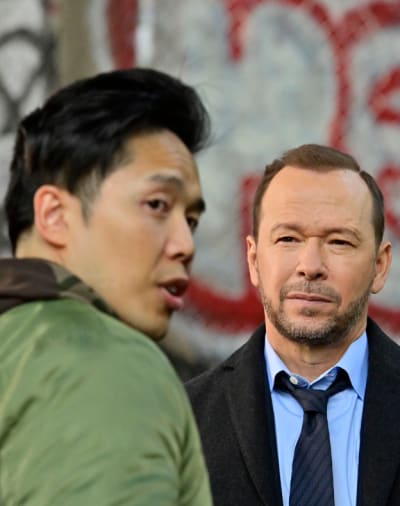 I hope this isn’t the last we’ve seen of her!

Of course, the majority of the hour was dedicated to Danny and Baez’s investigation into a robbery at a Vietnamese bodega. And to the fact that Baez has never eaten a pickle in her life.

I don’t think I can forget that since Danny brought it up every chance he got.

Anyway, this case wasn’t as much about Danny trying to get the locals to trust him as it was about finding the right suspect when the only informant he had was a gang leader who didn’t always get it right. 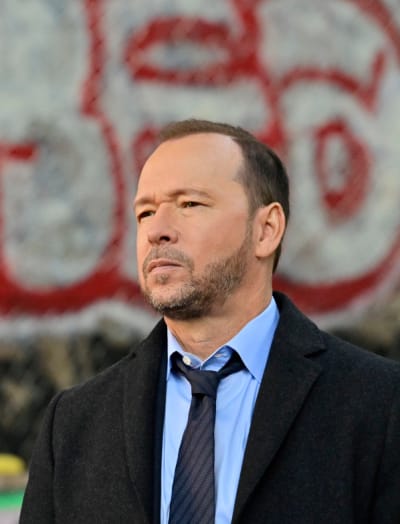 The idea of the Vietnamese locals not wanting to talk to cops — particularly to white cops — could have been interesting, but it was given short shrift.

Instead, Danny and Baez spent most of the hour jumping from one suspect to another without much success.

The ending seemed tacked on, too, without any logical reason for Danny to become suspicious of the kid on the stoop who had initially tried to help them out.

Supposedly, he put things together during Erin’s visit to the station, but Blue Bloods didn’t explain exactly what clue had tipped him off. 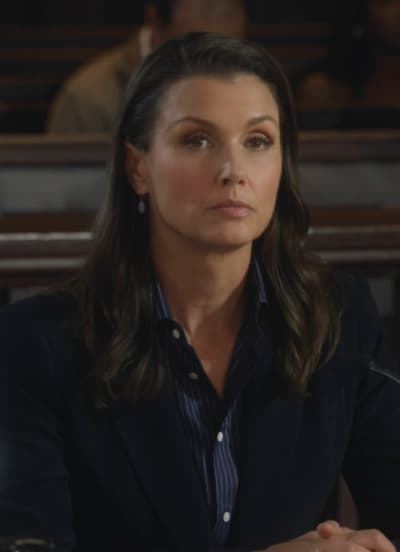 Blue Bloods is usually better than that!

Yes, the cases are sometimes predictable, and the mystery is never the point.

But in general, the series offers logical stories in which police work leads Danny and Baez to the bad guys, not a string of irrelevant suspects, and then Danny magically figuring out the answer with only a few minutes left to go.

Maybe I missed something, and there were significant clues making this one more logical, but it seemed like the reveal that the kid was Bal’s son came out of nowhere.

In retrospect, the kid’s willingness to help the cops might have been suspicious.

No one else wanted to even admit to speaking English around them, and the boy was a bit too forthcoming about how the whole neighborhood is scared of Sonny and his Born in the USA gang.

It was easy to throw suspicion on a known gang member, and Danny quickly took the bait, at least until he realized Sonny was innocent.

That in itself should have been a clue that something was wrong, but where were the indications that the kid was Bal’s son who had a motive to steal the money?

Maybe the case wasn’t the point. Perhaps Danny establishing a relationship with Sonny was. Sonny tried in his own way to help, and Danny offered him the chance to work together in the future, so this is likely not the last time we’ll cross paths with this particular gang leader.

Blue Bloods spent too much time on this, though, leaving only two minutes at the end for the family dinner. And where the heck were Jamie and Eddie?

They had no storyline and no scenes except at the uber rushed Sunday dinner at the end. This was a problem in earlier seasons, but the missing Jamie issue seemed to have been solved in recent years.

Let’s hope this was a one-off and that we’re not returning to this pattern of overfocus on Danny and underfocus on Jamie. 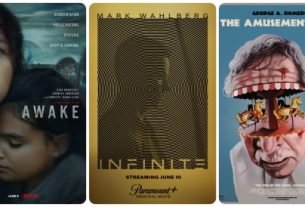 What to Watch: Awake, Infinite, The Amusement Park 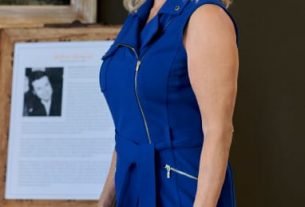