Blue Ivy Carter is in the running for her first Grammy — but the timing of her nomination is a little mysterious.

Blue’s voice is featured in the beginning and end of Beyonce‘s single, “Brown Skinned Girl,” which received a Grammy nom for best music video. However, when the nominations were announced November 24, Blue’s name wasn’t mentioned.

Seems like someone made a call, because Blue’s name has now been added as a nominee thanks to a recent update on the Grammy’s website. Nigerian singer Wizkid was also added for the track.

The mystery is … who made the decision or the phone call to add her to the online list??? Hmmm.

Anyway, it’s not the first possible slip-up for the award show in the last few weeks. You’ll remember, fans and artists alike were outraged when The Weeknd‘s “After Hours” album and single “Blinding Lights” were left off the nomination list.

Ditto for Alex Trebek not getting a Spoken Word nomination for his own memoir, which was read by Alex and Ken Jennings … who did get nominated. 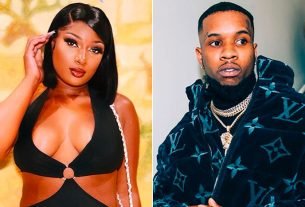