By Miguel A. Melendez‍, ETOnline.com. 39 mins ago

While the night was filled with tons of lighthearted moments – like when Jim Carey told Rizzo to keep it short when she was called up to the stage – there were also some gut-wrenching moments. It’s all part of the special that was filmed at the famed Comedy Store in West Hollywood, which premieres globally when it streams Friday on Netflix.

Rizzo grew emotional onstage recalling the outpouring of support she and the Saget family received from his legion of fans from all over the world. She also recalled just how much The Comedy Store meant to the “Full House “star.

“He loved being a part of this. The most important thing to him was belonging to this club, to this group, to being a comedian,” she said. “He just loved funny people and he loved being around them. He loved everything about it and I know he would be so honoured right now. He would love this. I know he’s looking down and he’s so happy.”

Rizzo said she’s “so grateful for all of you who have always shown up for him and supported him, most importantly, made him laugh.” As she closed her tribute, Rizzo got choked up.

“And I loved him all these years, because Bob deserved all the love in the world,” said Rizzo as she grew emotional. “And I loved him more than anything, so thank you all very much.”

John Stamos, Chris Rock, John Mayer, Jeff Ross and many more are all part of the Netflix special, which will come just weeks after Saget was honoured on what would have been his 66th birthday. Rizzo also revealed her heartbreaking birthday wish involving Saget.

Saget died on Jan. 9 after he was found unresponsive in his hotel room in Orlando, Florida. He was 65. According to the autopsy report obtained by ET, Saget suffered multiple skull fractures and abrasions to his scalp stemming from “an unwitnessed fall backwards” and striking “the posterior aspect of his head.” An incident report released in March detailed almost a minute-by-minute account of Saget’s final hours leading up to his untimely death.

In that report, authorities interviewed numerous people who last had contact with Saget, and almost all of them echoed Rizzo’s sentiment during her onstage tribute, that the late comedian loved being around people and chatting with them – from comedians and club employees to valet service people.

Bob Saget Remembered on What Would’ve Been His 66th Birthday

John Stamos Recalls the Last Time He Saw Bob Saget: ‘He Was at Peace’ 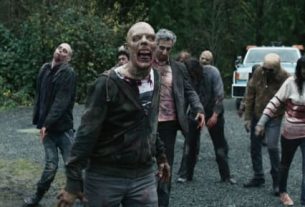 Day of the Dead Trailer: Welcome to the (Hilarious!) Zombie Apocalypse! 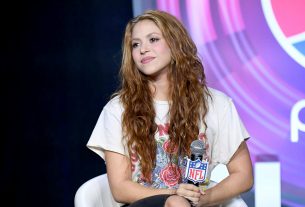 Shakira Shares Rare Photo Of Sons Milan And Sasha — And They’re All Grown Up!