The Boston Red Sox better head over to Best Buy immediately … because a huge celebrity DJ says their post-game champagne celebration completely ruined his laptop … and he wants another one.

The DJ’s name is Dre Sinatra, a man who along with guys like DJ Franzen﻿,﻿ absolutely RUN the club scene on the West Coast and in Vegas, and go out on tour with big acts like Ty Dolla $ ign.

Sinatra — a die-hard Dodgers fan — happened to be in the booth the night the Red Sox celebrated their World Series victory at Nightengale Plaza in L.A., and says things got super wild…

“They started spraying champagne, and like it gets on my laptop and one thing about me, I’m like a chill person but once you mess up my laptop it’s like a whole different person.”

Dre says he stopped the music and warned the players … and, after that not only did the team send him 3 bottles and let him spray them back but they made another — more important — promise to buy him a BRAND NEW LAPTOP.

Despite the drenched hard drive, Dre says it’s all love for the Sox — as long as he gets a new computer — but says the Boston love stops with the Red Sox. 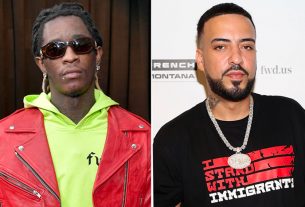