You know what time it is? Time to kick off award season!

The celebrations kicked off Thursday night with a star-studded gala that included Emma Stone, Melissa McCarthy, Regina King and more.

And with the festival lasting through January 14, the stars are just beginning to arrive to support their latest films.

A Star Is Born director and star Bradley Cooper, Olivia Wilde and many others have been spotted in the desert as the busy award season heats up.

Take a look at all the celebrities coming and going in our star sightings gallery updating throughout the festival below. You never know who you will see in beautiful Palm Springs!

The Breakthrough Performance Award recipient poses with Christian Slater on the red carpet. He was styled by Ilaria Urbinati and groomed by Marissa Machado.

It’s a beautiful night for the Beautiful Boy star.

The Green Book star has arrived in Palm Springs.

Never one to disappoint on the red carpet, the Black Panther star arrives at the Variety Creative Impact Awards and 10 Directors to Watch event.

The Favourite star is expected to be a favorite amongst movie critics and fans all award season long.

Winning a trophy at the Palm Springs International Film Festival Film Awards Gala? Impressive if we say so.

The If Beale Street Could Talk star steps out in a Valentino dress and Christian Louboutin shoes for her evening out.

The winner of the vanguard award for Green Book poses with the Hollywood actor backstage.

The actress attends the screening of The Wife.

A superstar director has arrived! The A Star Is Born actor attends the Variety Creative Impact Awards and 10 Directors to Watch event sponsored by AT&T and Cadillac.

In Palm Springs, we gather around winners.

Magic in the desert! The Mary Poppins Returns star prepares to receive Variety’s Creative Impact in Acting Award at the Parker Palm Springs. She is wearing a Roksanda dress, Brian Atwood shoes and Irene Neuwirth jewels.

The former Real Housewives of Beverly Hills star and her husband Vincent Van Patten “had the best time” at the festival gala. 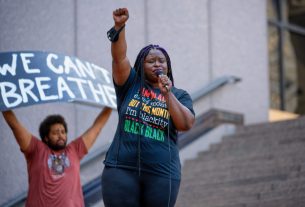 Regional travel and beauty salons: Exactly what is reopening from June 1 in Australia.