Simon Pegg has done the nearly-impossible and ‘broken’ Hollywood in recent years.

The Shaun of the Dead star who first found fame on Channel 4 show Spaced, has had a number of roles in major Hollywood movies.

From his role as Montgomery Scott in the new Star Trek franchise, to starring alongside Tom Cruise in the Mission: Impossible film series, Simon is mega hot property right now.

And the Three Flavours: Cornetto movie trilogy star has gone all ‘method’ for his latest film role by getting super shredded.

The 49-year-old actor has undergone a mega body transformation, and now has a six-pack and muscly arms.

Keen to show off his new look, Simon’s personal trainer shared a snap of the ripped Paul actor on his Instagram page.

In the snap Simon was pictured laughing as went shirtless, simply rocking a baseball cap and tracksuit bottoms.

NEW LOOK: Simon Pegg has been working on his fitness (Pic: GETTY)

“The brief for this role was very lean, VERY lean.

“It required a specific body shape and look.”

He added: “Six months of hard work and I tip my hat to you sir.”

HOLLYWOOD STAR: Simon Pegg has appeared in a number of blockbusters (Pic: GETTY)

Nick explained Simon has gone from 78kg to 69kg in body weight (losing 19 pounds in total).

He explained Simon had achieved this goal with a mix of strength, cores and circuit training, combined with a “sound nutirition plan”. 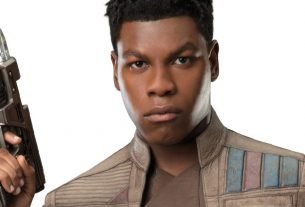 John Boyega Would Return to Star Wars for Kathleen Kennedy and J.J. Abrams 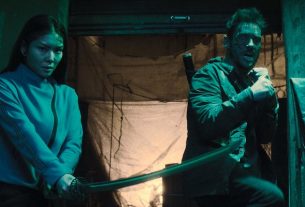