The Brit Awards 2019 kick off tonight at London’s O2 Arena.

But it’s not just the ceremony that viewers will be gripped by – as A-listers are set to dazzle as they walk the red carpet.

Every year, celebrities get dressed up to the nines before strutting their stuff for photographers.

We’ve seen some eye-popping looks over the last years, from sheer dresses to body-baring gowns.

Here, Daily Star Online round-up the most jaw-dropping outfits to ever grace the Brits.

Seven years ago, Jessie J hogged the limelight in a sheer gown.

Ruffles and sparkle details added even more intrigue to the dramatic look.

ONE ELL OF A LOOK: Ellie’s black gown was the talk of the 2017 Brit Awards (Pic: GETTY)

The Brit Award winner rocked a cut-out frock in 2017.

The saucy style featured a crotch high split at the front.

It also featured an exposed panel on the halter top, which exposed Ellie’s curves.

Chains of silver jewels attracted even more attention to her chest.

These sparkles were also mirrored in the star’s shoes, earrings and eye make-up.

LITTLE MINX: The girl band looked stunning as they posed on the red carpet (Pic: GETTY)

The Little Mix singer experienced a major wardrobe malfunction in 2017.

As she posed for pictures, the split on her slinky dress flashed a little too much.

Although onlookers caught a glimpse of her knickers, the red carpet professional maintained her composure.

She was quick to cover up her assets by shielding them with her thick black gloves.

The singer experienced a similar fashion fail when she attended the Brits last year.

As she tottered in a pair of silver stilettos, her split gown exposed her frock.

Her decision to wear a pair of nude knickers ended up being a very wise one.

NIPPING OUT: IAMDDB opted for a transparent get-up (Pic: GETTY)

IAMDDB should’ve won an award for the most jaw-dropping outfit of 2018.

The Urban jazz singer flashed her curves in a sensual red dress.

Leopard print details narrowly concealed her intimate areas as she struck a pose for photographers on the red carpet.

Thankfully, she managed to avoid any major wardrobe malfunctions as she strut her stuff in a pair of killer black heels.

LIFE IS PEACHY: The model seemed to enjoy posing for photographers (Pic: GETTY)

The transparent outfit was adorned with black gemstones and lace trimmings.

The model’s modesty was protected by a pair of black knickers and some nipple covers.

CLASS ACT: Anna Friel proved that you can rock the naked dress trend at any age (Pic: GETTY)

The Marcella actress was another star to wear a sheer outfit in 2018.

She kept her look very retro by donning a swing skirt with polka dot detailing.

The age-defying star, 42, sported corset-style undies underneath the frilly number.

Cute bows and a gold-plated belt gave the racy look a girlie twist. 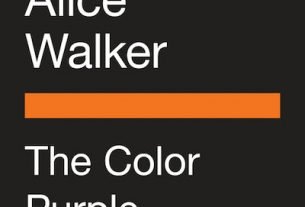 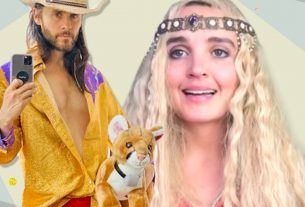 Everything You Need For Your Tiger King Halloween Costume 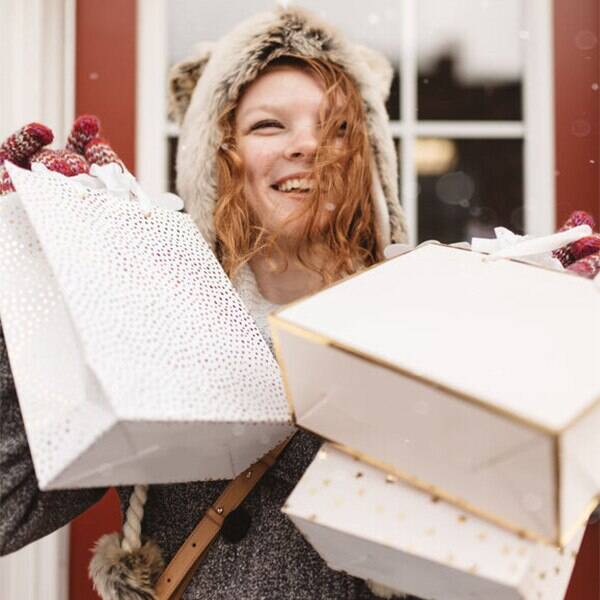