If you’re a long-time British TV fan, you’ll be well aware of the fact that many British TV shows offer special Christmas episodes at this time of year – and BritBox is bringing us quite a few of them on their December premiere schedule – along with a few new shows, too!

Please note that all the Christmas content is added in a special section at the end of this schedule, as some air dates aren’t yet announced. We know they’ll be added around Christmas, but sometimes the exact date isn’t known until right before they air.

Don’t have a BritBox subscription? You can sign up HERE on their website, or HERE on Amazon Video. Both options offer the same content, but some people find one or the other offers better compatibility with their devices or internet service provider.

Often, there’s a slight delay for new content to arrive on the Prime version of the channel, too – so if TV is a big part of your life and you demand to see every show immediately after it comes on, we recommend going direct (even if it means buying a Roku or similar device to get it on your TV).

This popular garden series celebrates the challenges of and triumphs against Scottish growing conditions. In this hands-on series, you’ll see both the successes and failures of the show’s gardening team.

As Time Goes By Reunion Special

If you’ve watched and loved the first 9 seasons of this delightful situation rom-com, you’ll enjoy this 4-part reunion special that sees Lionel and Jean back together again.

Sheridan Smith (Gavin & Stacey) stars as a widowed policewoman trying to figure out who killed her husband during an undercover operation. Blocked at every turn by senior officers, her only ally is friend and colleage Jack Clark (Matthew McNulty, The Bay).

Set in Glasgow, this three-part thriller follows Gabe (Iain De Caestecker), an emergency call handler for Glasgow’s ambulance services. When he gets a desperate call from a woman who seems to know him, his life changes forever. Under great pressure to figure out who she is, his actions could have devastating consequences for everyone involved.

RELATED: 14 of the Best Psychological Thrillers of British TV

When Natalie Varga (Charlie Murphy, Happy Valley) is accused of murdering her wealthy husband, disgraced investigative journalist James Alden (James D’Arcy, Broadchurch) is drawn to her case. In a mystery that stretches from London to Hungarian high society, Alden is certain there’s more to the case than meets the eye.

Though his confidence is shaky after a case that saw a murderer go free, Natalie sees him for the journalist he used to be – and her case may offer the redemption he seeks.

This true crime series dramatises a case that shocked the nation, following the investigation of school assistant Maxine Carr and her fiancé Ian Huntley, who was later imprisoned for murdering schoolgirls Holly Wells and Jessica Chapman. In three parts, it examines their difficult relationship and the factors that led Carr to lie for Huntley.

Scottish chef Gordon Ramsay invites viewers into his own home as he shares tips and recipes for stunning winter dishes. December 16th

King Charles III makes his historic first Christmas address. He’ll speak of his mother’s passing earlier this year, along with his hopes for the future. December 25th.

Greg Davies plays Wicky, a state-certified crime scene cleaner. After the detectives leave, he comes in to remove all trace of the ghastly things that have occurred. The job brings him into contact with all sorts of people – occasionally, even the killer.  For Christmas, he’ll be encountering a very special crime scene. DATE TBA

Monty Don and his team offer us new stories of gardening, inspiration, and discovery over the course of four special winter episodes. DATE TBA

This annual Christmas broadcast takes place in the chapel at King’s College, Cambridge.  Each year, the Chapel choir opens a special Christmas programme with ‘Once in Royal David’s City’, and they perform a new, specially commissioned carol later in the programme. December 24th.

The loudest and proudest mother in Ireland returns for another annual Christmas special that’s sure to involve plenty of arguing and meddling. DATE TBA

Looking for something to watch while you wait on all the new shows coming to BritBox in December? Check out the following:

Don’t have a BritBox membership? You can sign up HERE on their website, or HERE on Amazon Video (which is especially useful if you prefer to manage subscriptions through Amazon or you don’t have a smart TV that supports BritBox). 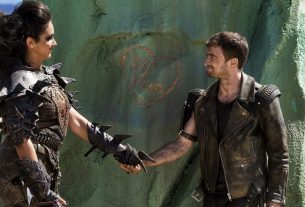 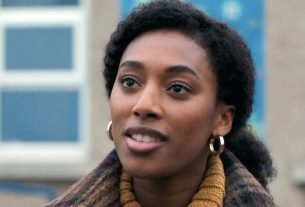 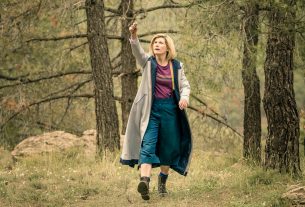