One thing we love about British TV is that many shows put a great deal of effort into their Christmas episodes. Rather than just adding a Christmas tree to the set for an episode, many shows produce content just for Christmas – episodes that stand out separately from the regular season.

In this post, we’ll take a look at the Christmas special available over on Acorn TV for Christmas 2022.

A number of years back, they produced a Christmas DVD  with episodes that were originally aired as Christmas/New Year’s specials (though Christmas isn’t  necessarily a prominent theme in all of them). Those episodes were: ‘Ghosts of Christmas Past’ (S7E7), ‘Death of a Stranger’ (S3E1), ‘A Talent for Life’ (S6E1), and ‘Shot at Dawn’ (S11E1).

Foyle’s War – You might think a drama about WWII-era Britain would be lacking in holiday spirit, and it’s true that Foyle’s War didn’t have a ton of holiday episodes. They did have one, though. In Bleak Midwinter (Series 5, Episode 1), we visit December 1942, where Foyle busts a restaurateur for offering illegal Christmas foods.  Watch it HERE

Birds of a Feather – After their husbands are arrested for robbery, two sisters are left to fend for themselves. While Acorn only has some of the more recent seasons, they do have one of the Christmas specials. You’ll find it listed as either Season 1, Episode 9 or simply “Christmas Special” on their website. NOTE: This series is leaving on December 30th. Watch it HERE

Detectorists – This sublimely quirky comedy about a group of metal detecting enthusiasts had one Christmas special over its three seasons (though we can always hold out hope for more, especially since there’s been talk of a possible Detectorists: Season 4). You’ll find it listed as Season 2, Episode 7. Watch it HERE

NOTE: While Detectorists did film a feature-length special during the summer of 2022 (to air around Christmas), there’s been no word on where or IF it will be made available on a US streaming service before the end of the year.

Ashley Jensen returns as Agatha Raisin in this holiday-themed feature-length episode based on the Agatha Raisin novel “Kissing Christmas Goodbye“. She’s hired to protect a woman, but when the woman is murdered anyway, she’ll have to figure out who did it. Suspects include local villagers and the woman’s own children. Watch it HERE.

Wild at Heart – This early 2000s series starred Stephen Tompkinson (Ballykissangel) as a veterinarian who moved his family to Africa. This one’s actually more of a New Year’s Eve special, but we’re calling it close enough.

Warning: This was the final episode of the series, so it’s not recommended unless you’ve watched the rest of the series. It won’t make a lot of sense, and there are definitely things that would spoil your experience of earlier seasons. NOTE: Leaving December 31st. Watch it HERE.

Doctor Finlay – After serving in World War II, Doctor Finlay returns to Scotland to practice at Arden House. The series was filmed in Auchtermuchty, and early parts of the show focus on the modernization of medicine and the institution of the NHS. The very last episode, aired in December of 1996, was a Christmas special called “Snowblind”. Watch it HERE

Worst Week of My Life – Ben Miller (Death in Paradise) stars in this quirky comedy about a man who finds disaster in all situations. The entirety of the third series follows him through a disastrous Christmas with his wife’s family (which includes the delightful Alison Steadman of Gavin & Stacey fame). Watch it HERE.

A Berry Royal Christmas (2019) – Mary Berry teams up with Will and Kate to celebrate the holidays and prepare a special meal for a group of people working and volunteering over Christmas. Watch it HERE.

Acorn TV fans will know that not every show on Acorn TV is British. Many come from the Commonwealth or various European nations. For those who enjoy venturing beyond the British Isles, we’ve gathered up some of the other Christmas specials in this section.

Brokenwood Mysteries – Often called “the Midsomer Murders of New Zealand”, this series also has a Christmas special. You’ll find it in season 3, episode 4 – “A Merry Bloody Christmas”. Watch it HERE.

Darby & Joan – This delightful new Australian cozy follows an English nurse trying to get answers about her dead husband’s past – and the former Australian cop she meets up with along the way. Though it’s not often we see a Christmas special in the very first episode of a series, this one gave us a Christmas episode in S1E4 and a New Year’s Eve episode in S1E5. Watch it HERE.

My Life is Murder – Lucy Lawless stars in this Australia/New Zealand-based series about a retired detective who occasionally helps police out with tough cases. Season 3, episode 5 – “Silent Lights” – offers a Christmas-themed mystery. Watch it HERE.

Miss Fisher’s Murder Mysteries – Fans of Agatha Christie are sure to enjoy this 1920s period mystery starring Essie Davis as the brilliant and independent Miss Fisher. Set in Melbourne, the series sees her solving mysteries alongside her trusty assistant Dot – and occasionally butting heads with Detective Jack Robinson. In Series 2, Episode 13, you’ll find “Murder Under the Mistletoe”. Watch it HERE.

Ms. Fisher’s Modern Murder Mysteries – This spin-off series has a New Year’s Eve episode, “New Year’s Evil”. You’ll find it in Series 2, Episode 8. At a New Year’s Eve party at the Adventuresses’ Club, a shot rings out in the dark and Peregrine and James will have to work together to contain the suspects and find the killer. Watch it HERE.

Keep in mind: This is NOT the complete list for December premieres. You can view the full Acorn TV December 2022 premiere listing HERE.

Doc Martin – While Doc Martin traditionally airs in autumn and winter months, they’ve had a surprising lack of Christmas episodes over the years. Just one episode is listed as a Christmas special, having aired on Christmas day in 2006. “On the Edge” is not the most Christmas-y special you’ll ever see, but you can find it listed under Season 2, Episode 9.

That all changes in 2022, though. The final episode of the entire series will be a Christmas special, airing on December 29th on Acorn TV (US). Watch Doc Martin HERE

Season 2 of this popular cosy mystery series opens with a Christmas-themed special. Antiques dealer Jean White (Sally Lindsay) has returned, fresh from an attempt on her life. Once again, her specialist knowledge of antiques proves essential to solving a variety of interesting murders and mysteries in the French village of Saint Victoire.

Additional new episodes will continue in early 2023, with dates to be announced.

If these aren’t enough for you, check out some of our other Christmas posts: 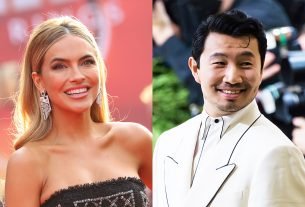