We don’t always get a lot of notice about shows leaving streaming services (even THEY don’t always know too far ahead), but we just saw that another handful of shows are leaving in late January, so we wanted to spread the word.

Below, we take a look at what’s leaving Acorn TV in January 2022. Hopefully, these losses will open up room for loads of great new content to arrive on the service in the next month or two. In many places, we’ve offered alternative viewing options or suggestions for similar programming in case you miss the show in question.

Prefer to focus on what’s new and coming soon? Here’s the January 2022 premiere list for Acorn TV, and here’s a look at 5 brand new Acorn TV Original shows coming out later in 2022.

Hidden Britain by Drone, S1 – Sir Tony Robinson (Time Team, Blackadder) hosts this intriguing series that uses drone technology to look at normally off-limits parts of Great Britain. While it might sound a bit boring to watch everything from above, it’s not like that at all. Part of the footage is taken from above, by drone, but other parts feature Robinson himself guiding the viewer or interviewing experts. Locations include everything from billionaire underground wine vaults to WWII shipwrecks and abandoned homes in Scotland’s Hebrides Islands.

Anzac Girls – Australia – 2014 – This six-part miniseries follows a group of young Australian nurses as they save lives and treat injuries at Alexandria, Lemnos, and the Western Front during WWI. Based on the book The Other ANZACS by Peter Rees, it was carefully based on real diaries, letters, and photographs from the time.

RELATED: WWI Movies & Shows (& Where to Watch Them)

Family Farm – 2018 – In this four-part docu-series, three UK families with no farming experience volunteer to spend a summer working on a farm in Wales. High in the Snowdonia mountains, they seek a simpler kind of life.

Victorian House of Arts and Crafts – 2019 – Over the course of four episodes, we see a late 1800s Victorian Arts & Crafts commune in the Welsh hills painstakingly brought back to life as a group of six 21st century crafters – three men and three women move in to experience the highs and lows of living and working together as a creative commune. Over their month-long stay, the crafters are set to renovate four of the key spaces in the house.

The Fragile Heart – 1996 – Nigel Hawthorne (The Madness of King George) stars as a successful cardiac surgeon in the midst of a professional and personal crisis. He plays Edgar Pascoe, a man whose world begins to crumble during a visit to China. Confronted by an ethical dilemma over human rights abuses, he’s forced into a painful moral awakening which seeps into every area of his life.

‘Power’ Star Larenz Tate All for Obama Ave. in Front of Trump Tower

Rick Fox Feels For Magic Johnson, Wants Him to Be Happy 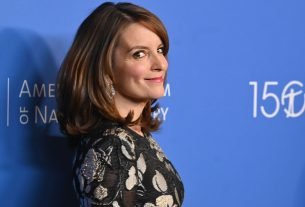 Tina Fey Touches Down On ‘TODAY’ Show In A Double-Decker Bus, Dishes On Daughter In ‘Girls5Eva’