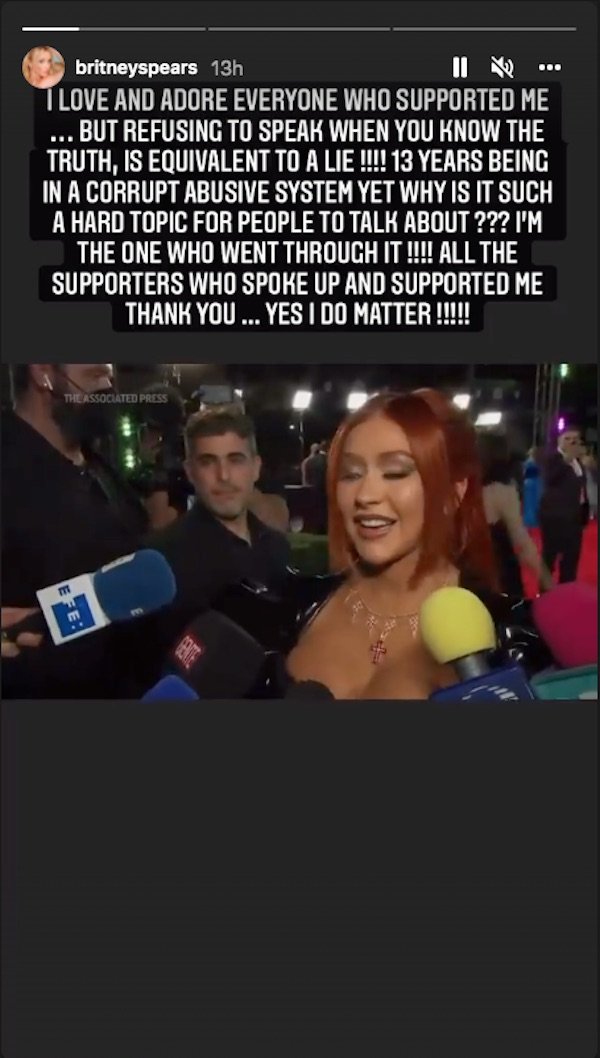 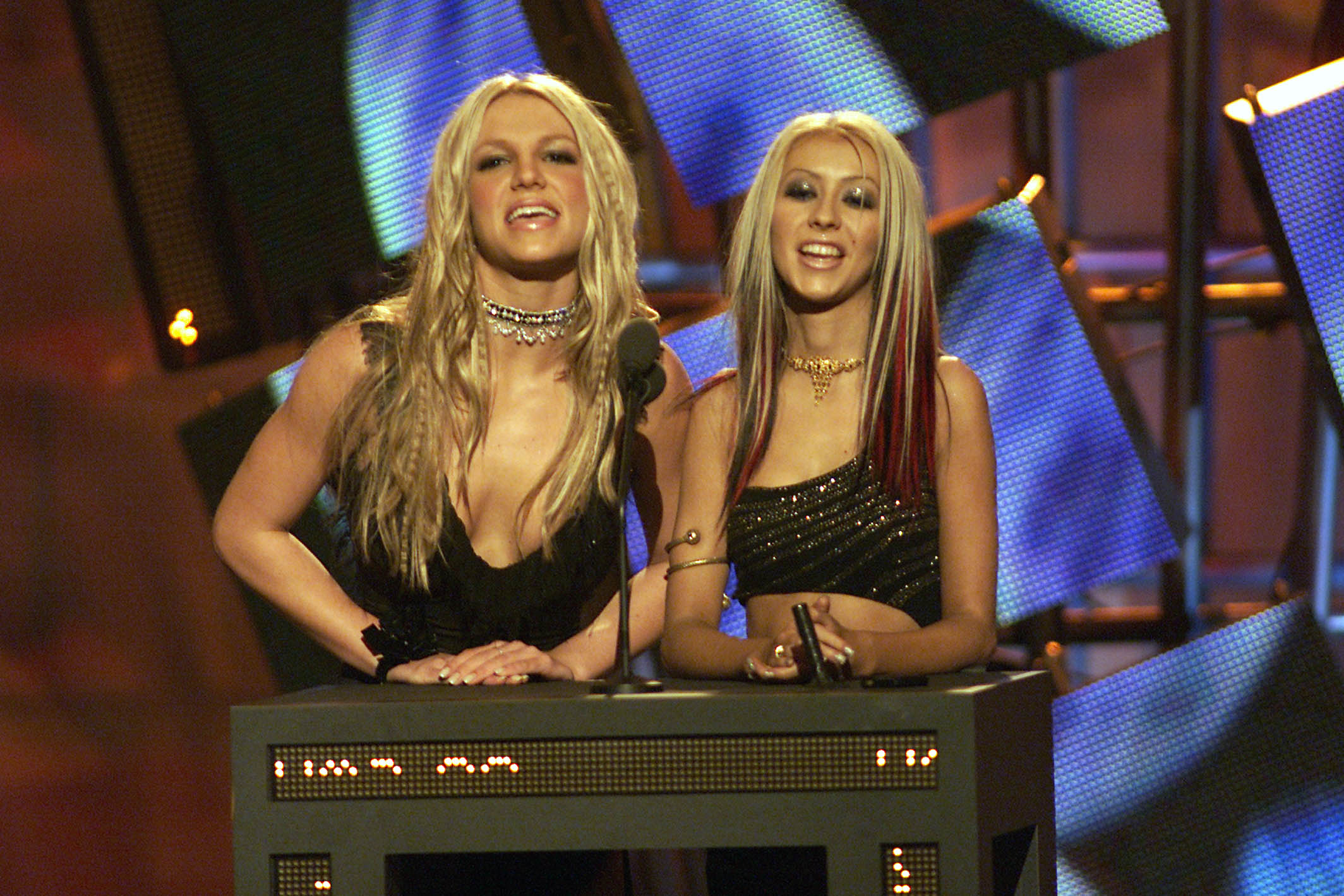 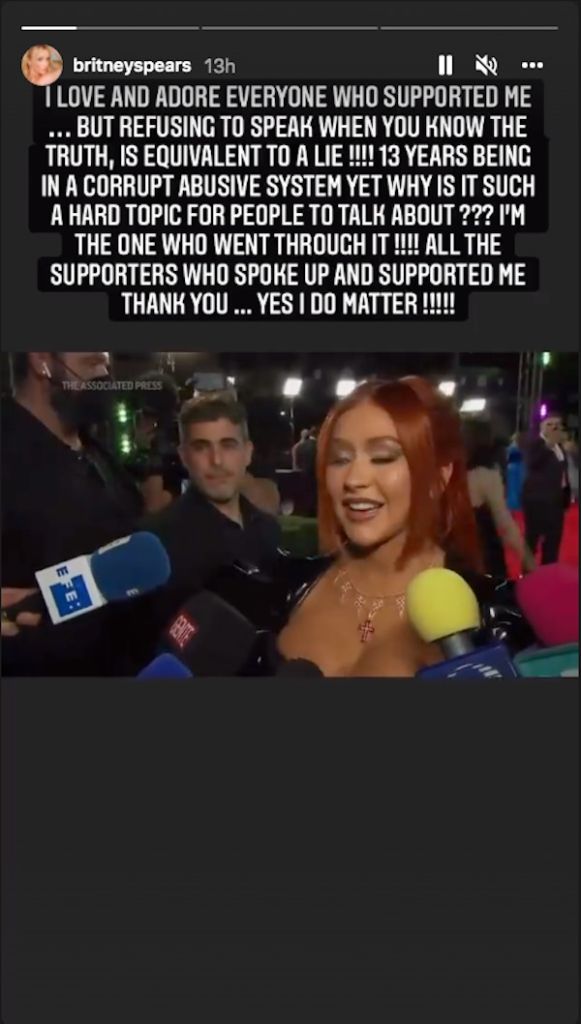 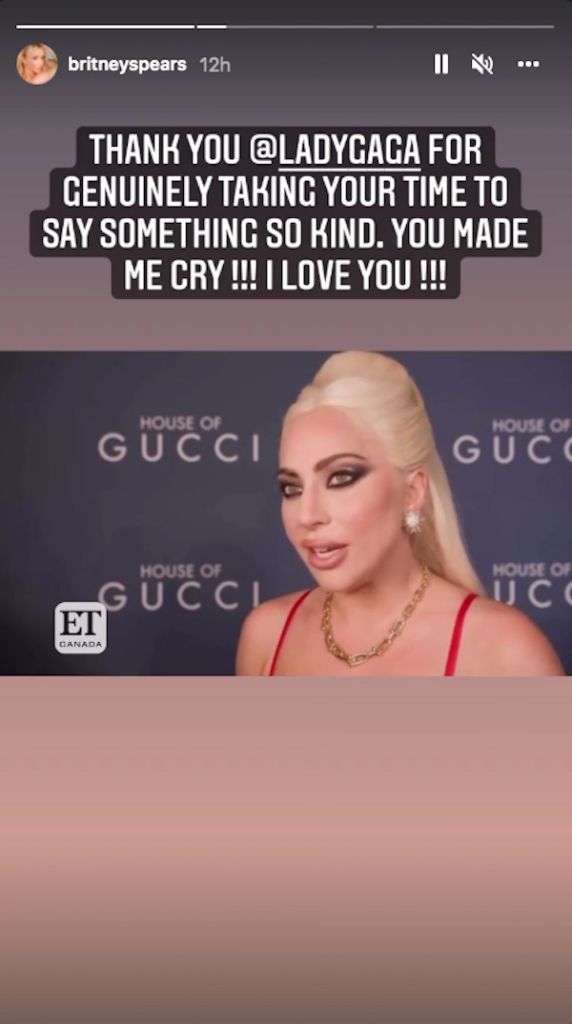 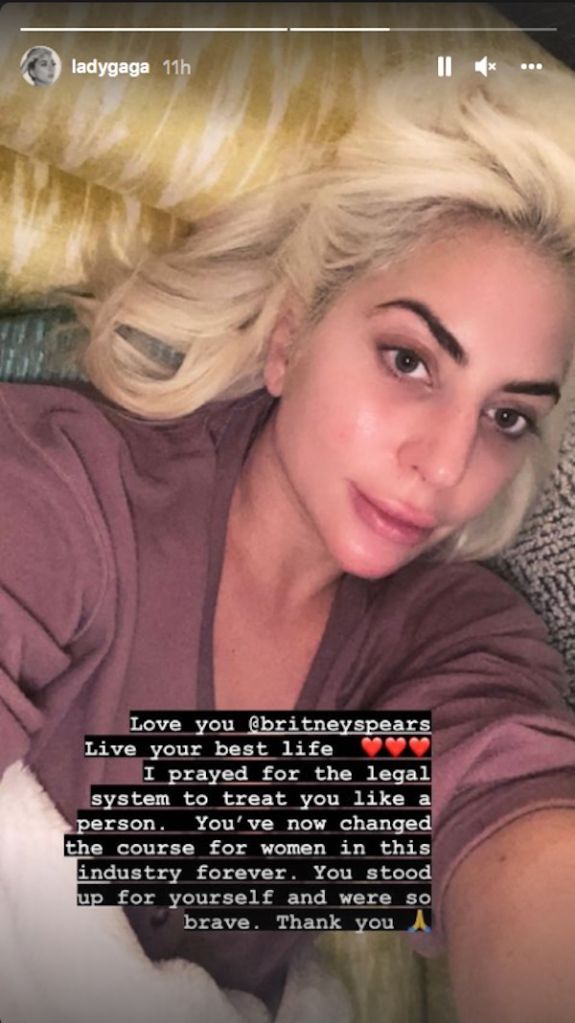 By Jamie Samhan. 17 mins ago

Britney Spears is not pleased with Christina Aguilera’s response to a question about her.

During the Latin Grammys, a reporter asked Xtina if she was going to celebrate with Spears in the wake of her 13-year conservatorship being removed.

“No, we’re not doing that tonight, I’m sorry,” Aguilera’s publicist cut in, the singer then added, “I can’t… but I’m happy for her.”

READ MORE: Sam Asghari Says He Wants To Marry Britney Spears In ‘The Biggest Wedding In The World!’

Sharing the clip on her Instagram Stories, Spears was not pleased.

“I love and adore everyone who supported me… but refusing to speak when you know the truth, is equivalent to a lie!!!!” Spears wrote. “13 years being in a corrupt abusive system yet why is it such a hard topic for people to talk about??? I’m the one who went through it!!!! All the supporters who spoke up and supported me, thank you… yes I do matter!!!!!”

She then followed it with a clip of Lady Gaga on the “House of Gucci” red carpet who said how “wrong” Spears was “treated.”

“I think she will forever be an inspiration to women,” Gaga added.

“I’ve been watching this for a long time, and the way that she was treated in this business was really wrong.” – Lady Gaga on Britney Spears. pic.twitter.com/Dyrb3TCqmf

“Thank you @LadyGaga for genuinely taking your time to say something so kind, you made me cry!!! I love you!!!,” Spears captioned the video.

READ MORE: Christina Aguilera Speaks Out In Defence Of Britney Spears: ‘It Is Unacceptable’

Gaga responded, sharing a makeup-free selfie and some more kind words about Spears.

“Love you @BritneySpears Lice your best life,” she wrote. “I prayed for the legal system to treat you like a person. You’ve now changed the course for women in this industry forever. You stood up for yourself and were so brave. Thank you.”

However, Aguilera has spoken out in defence of Spears in the past.

“These past few days I’ve been thinking about Britney and everything she is going through. It is unacceptable that any woman, or human, wanting to be in control of their own destiny might not be allowed to live life as they wish,” she tweeted earlier this year.

These past few days I’ve been thinking about Britney and everything she is going through.

It is unacceptable that any woman, or human, wanting to be in control of their own destiny might not be allowed to live life as they wish. pic.twitter.com/NRhNwcJaD3 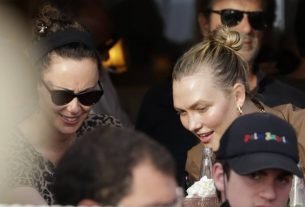 Karlie Kloss – With friends at the Senequier in Saint Tropez 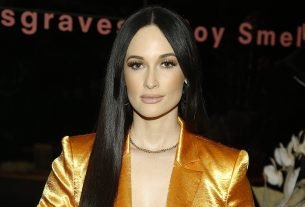 Kacey Musgraves To Light Up The Stage At MTV VMAs 2021