On Wednesday February 20 some of the world’s biggest singers will descend on London’s O2 Arena for the annual ceremony.

Hosted by funny-man Jack Whitehall, show will feature performances from some of the world’s biggest stars including Sam Smith, Jess Glyne and Pink.

Meanwhile, the official BRITs red carpet will be streamed live on Facebook and hosted by Made In Chelsea star Jamie Laing and BBC regular Yasmin Evans.

The international YouTube Live Stream of the show is set to be hosted by US entertainer and YouTube favourite Todrick Hall and Strictly Come Dancing babe Vick Hope.

Here we run down the top most shocking Brit Awards moments of all time.

During the 2008 BRIT Awards host Sharon Osborne was unable to keep her cool after Vic Reeves stumbled over his words when announcing the Album of The Year.

Fresh from Take That a cocky Robbie Williams used his 2000 acceptance speech to ask the Oasis frontman a scrap.

DRAMA: Robbie Williams challenged Liam to a fight during the 2000 show (Pic: ITV)

AWKWARD: Harry missed his award due to the fact he was at the toilet (Pic: GETTY)

In 2014 One Direction picked up the Global Success Award.

Laughing off the fail, Liam Payne said: “Has anyone seen a curly haired one? No. Ok. There of us now.”

As Liam wrapped up the speech Harry could be seen running towards the stage.

Picking up the mic, Caroline Flack’s ex said: “I’m really sorry I was having a wee and the toilets are ages away.

“What did we win? A massive thank you to the fans.”

The actor turned presenter left the nation after walking up to Adele as she thanked fans after winning her second award of the night, this time for Best British Album of The Year.

started talking Adele jumped in: “You’re going to cut me off… can I just say then goodbye and I will see you next time round.”

The outspoken star then flipped the bird towards the camera.

RAGING: Adele was not happy about being cut off (Pic: GETTY)

1) Madonna falls live on stage during the BRIT Awards 2015.

Queen of Pop Madonna made her long awaited comeback at the 2015 awards – with her upbeat track Living For Love.

After making her way to the stage in a dramatic procession which saw her don a long hooded cape and train, the biggest selling female artist of all time started to sing the track.

Looking out into the audience, Madonna could be seen undoing her cloak singlehandedly.

However, as she belted out the line “I let down my guard” Madonna’s backing dancers pulled off her cape – dragging her backwards off the stage in the process.

Shocked, Madge then fumbled about on the floor before getting up and continuing the performance. 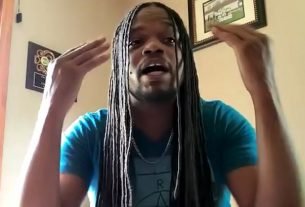