Great news for fans of the JK Rowling-created C.B. Strike TV series. The fifth novel in the series, Troubled Blood, will soon be adapted for television.

Between the pandemic and the irregular intervals between books, some people were worried it might not happen (even though Rowling herself confirmed it last November on the Graham Norton Show) – but we know now that filming will begin shortly.

C.B. Strike follows private detective Cormoran Strike (Tom Burke), a British army veteran and former military police investigator who left the military after losing his leg. He works alongside his initially temporary assistant (and later, partner) Robin Ellacott, a young women who’s moved from Yorkshire to London to join her fiancé. Ellacott is played by Holliday Grainger, and her fiancé is played by Kerr Logan.

Together, the pair work to turn the struggling firm into a viable business, forming a close friendship along the way. As the seasons progress, the two must also contend with their own dysfunctional relationships and past traumas.

This is very much a character-driven mystery series, with the personal lives of the detectives as much as part of the story as the mystery. If you prefer the older-style mysteries where characters were just set pieces to serve the plot of the mystery, this may not be to your liking – but if you like an ongoing storyline and some character development, definitely give this one a try.

In the US, you can purchase episodes on Amazon HERE or check it out on HBO Max. If you use your local library, you might also be able to borrow the DVDs there.

In the UK, the series airs as just Strike (minus the CB), you’ll find it on BBC One.

The next series – either Season 3 or Season 5, depending on where you’re watching – will be based on the fifth novel in the series, Troubled Blood. It’s the longest and most complicated of the novels, but I personally thought it was also the best of the group.

Troubled Blood begins when Cormoran is down in Cornwall visiting his aunt and uncle. One night as he leaves a local pub, he’s approached by a woman called Anna Phipps. She wants to hire him to investigate the case of her mother’s disappearance…40 years prior.

Though there’s little hope of success with such an old case, Cormoran and Robin commit to work on the case for a year just to see what can still be uncovered. The missing woman, Margot Bamborough, was a young mother and doctor in London who disappeared without a trace after work one night.

Conflicting reports indicate the new series will have either three or four episodes (but we’re definitely hoping for four because even that’s not enough to fully do this one justice).

If you’ve only seen the C.B. Strike television series, we strongly recommend giving the books a chance. As great as the TV adaptations are, every single novel adapted would have been better served by a full 6-episode season. They’re long and intricate (especially Troubled Blood), and a great deal is left out of the TV version.

A sixth book is on the way, with JK Rowling tweeting about her work on it as far back as April of 2020. So far (as of early November 2021), there’s been no formal announcement about the book’s title or when it will be released. All we know is that at least part of it is set in 2015.

For now, it’s far too early to speculate about a precise release date. We know the new series begins filming in London in January/February 2022 (two different casting sites offer two different dates), and we know filming is estimated to be about 11 weeks long.

Given those filming dates, it seems likely we’ll be watching it on our screens by late 2022 or early 2023. Of course, the pandemic isn’t over and it’s impossible to say whether a new outbreak or variant could disrupt timelines.

Around here, we’ve watched and re-watched the series – so we’ll definitely be tuning in for any and all episodes they make. Will you? Feel free to let us know what you think of the series in the comments! 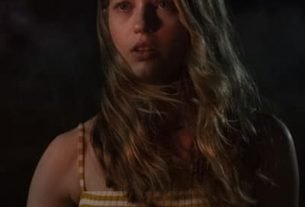 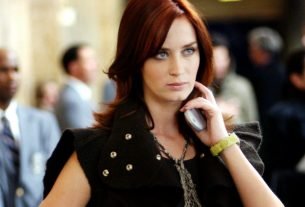