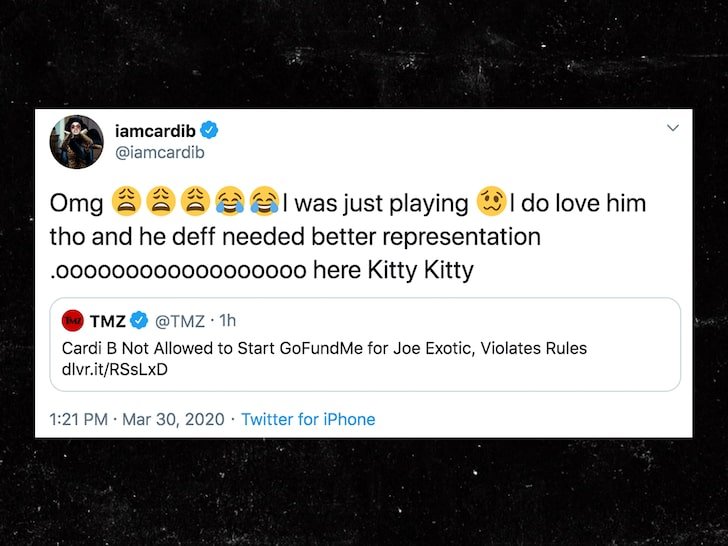 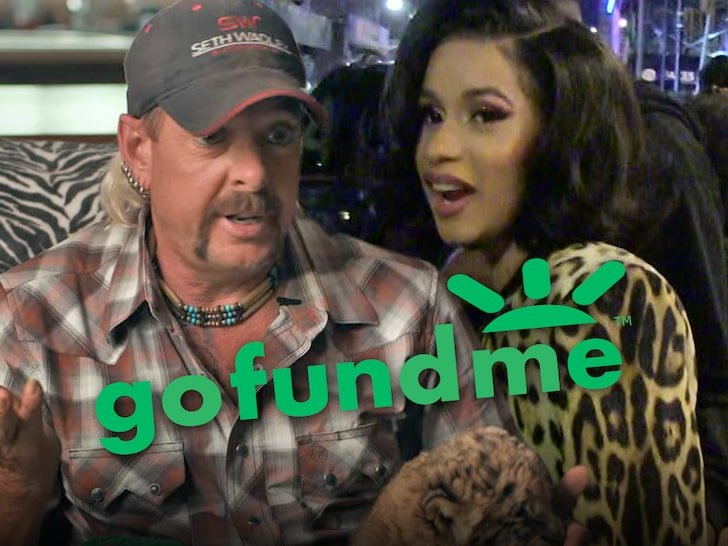 5:04 PM PT — Cardi just responded to our story, and it seems like she wasn’t serious about raising money for Joe’s defense.

Still, Cardi’s a big fan of the ‘Tiger King’ star. She says she loves Joe and he definitely needs better legal representation.

If Cardi B was serious about raising cash for Joe Exotic via GoFundMe, she’s about to be stopped in her Tiger tracks … because the company won’t allow it.

Money CANNOT be raised on its platform to fund the defense of inmates convicted of violent crimes, plain and simple … this according to a GFM rep. It’s in their terms of service and everyone, including Cardi, who uses GoFundMe has to abide.

Of course, the ‘Tiger King’ star is in prison after a jury found him guilty in a murder-for-hire plot to kill his archnemesis, Carole Baskin. He was also convicted of animal-related crimes. 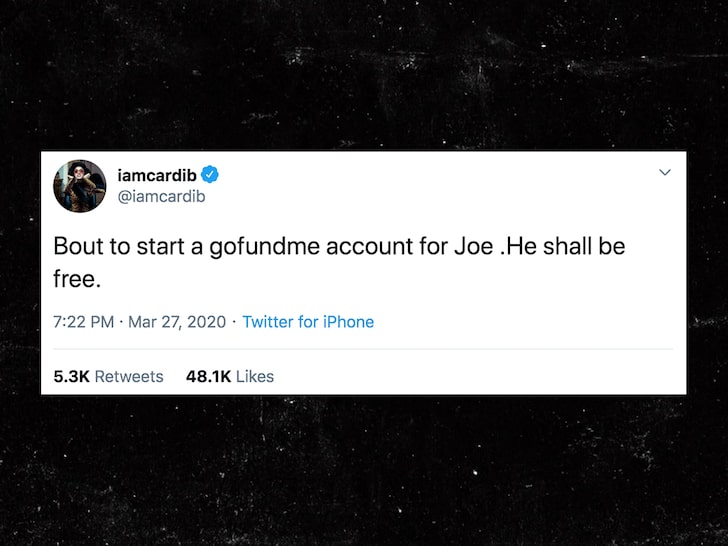 Funny enough, not too long after Cardi vowed to free Joe via GoFundMe, an actual account with her name popped up to do just that. It’s been yanked, though … and the $ 100 it raised was refunded. We’re told it was a bogus account, NOT associated with the real CB.

Cardi seems to be fully wrapped up in the docuseries, like many of us, and might have been joking about launching a Free Joe campaign. If she, or anyone else, is serious … GoFundMe won’t be a party to it. 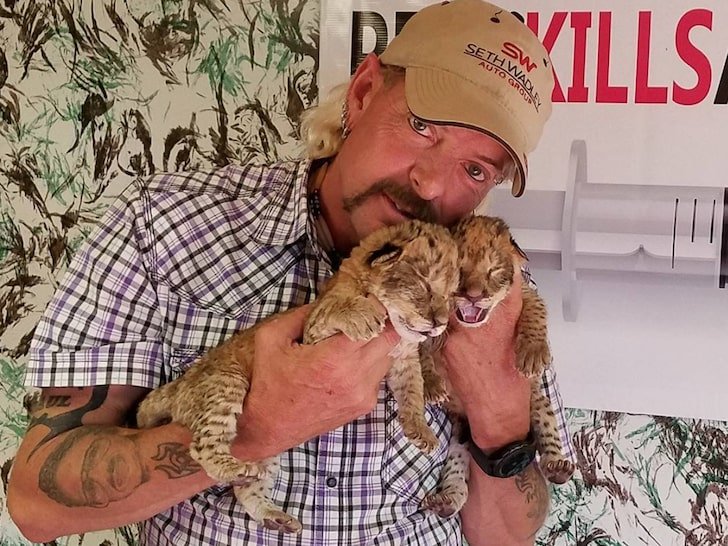