Most people avoid clothing that emphasises the crotch.

But bizarrely, celebrities have decided to celebrate wardrobe malfunctions this year.

One of the biggest style trends to emerge in recent weeks is front wedgie playsuits.

So would you be brave enough to try them?

Geordie Shore babes are among the first to rock the revealing looks.

Last week, Chloe Ferry posed for an Instagram picture in a taupe playsuit.

The garment left little to the imagination as it hugged every inch of her body.

While many fans admitted they could see the reality star’s intimate areas, many showed their support for the get-up.

Over the last few days, the snap has racked up an impressive 142,000 likes.

PASSION FOR FASHION: Holly Hagan and Chloe Ferry have been brave enough to rock the look

Chloe’s co-star, Holly Hagan, has also been spotted in a similar outfit.

Two days ago, she flaunted her hourglass figure in a skintight one-piece.

Even though the playsuit was very revealing in the crotch area, her followers seemed to be a big fan of the style.

One wrote: “I really want to know where you got the outfit. Absolutely beautiful Holly.”

Another remarked: “How nice is this unitard though?”

Wedgie-inducing playsuits aren’t the only raunchy trend to sweep the celebrity world.

Kim Kardashian was one of the first celebs to wear the bottoms in public.

Instead of donning them for a spot of exercise, she paired them with plain T-shirts to create a fashion statement.

Other celebs were quick to follow suit, sporting the risqué garments in public.

Instead of keeping the style casual, she glammed it up with silver jewellery and glowing makeup. 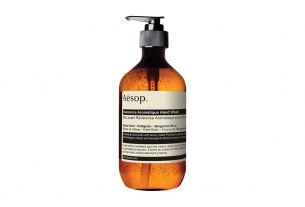 The Best Hand Soap for Washing Your Hands Non-Stop