Walking around with a wedgie can be rather uncomfortable.

But for these celebs, an irritated butt crack is worth all the hassle if it means flaunting some extra skin.

Models and reality stars have dared to wear their swimwear a naughty way.

So would you be brave enough to try the trend?

In one snap, model Emily Ratajkowski soaks up the sun in a cheeky two-piece.

As she posed towards cameras, she made sure her rear was on full display.

As the catwalk star rocked on a giant swing, she let her peachy behind take centre stage.

MUST SEA: Emily Ratajkowski showed off her wedgie bikini on the beach (Pic: INSTAGRAM)

ROLE MODEL: Demi Rose was one of the first celebs to rock the look (Pic: INSTAGRAM)

The former flashed her bottom in pastel swimsuit as she took a stroll on the beach.

While the latter let her curves do the talking in a leopard print thong bikini.

Abbie Holborn was another MTV star to jump on the bandwagon.

The brunette beauty struck a pose on a yacht off the coast of Mykonos.

SUITS YOU! Abbie Holborn was also able to pull off the racy swimwear style (Pic: INSTAGRAM)

So why is the “wedgie bikini” craze so popular?

Surprisingly, it’s because the swimwear style can be rather flattering.

If you want to make your curves look rounder, it’s best to opt for a skimpier design.

Thong bikinis perfectly frame the booty, which is why many celebrities are opting for them.

Want to read more about swimwear? 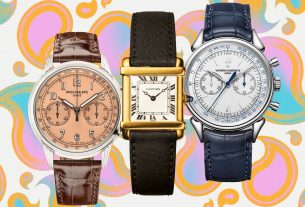 Why the Coolest New Watches Look Like Vintage Grails 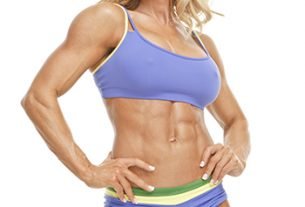