Champaign ILL premiered on YouTube Premium in 2018 to quiet fanfare. The premise seemed charming enough—comedy stalwarts Adam Pally and Sam Richardson as Ronnie and Alf, a hard-partying entourage duo forced to grow up and readjust to an everyday existence when their best-friend-turned-famous-rapper suddenly dies. (With his death, Ronnie and Alf’s fame and fortune evaporate overnight.) Despite the two hilarious stars and the show’s impressive writer-producer pedigree (with credits including the fiercely loved sitcom Happy Endings), Champaign ILL got lost in the great streaming deluge. You’d be forgiven for missing it.

Fast forward two years: Hulu acquired and re-premiered the series last month, and quickly Champaign ILL found itself with a totally new audience, and rumors of a second season have already started to swirl. Early visuals and trailers for the show suggested a gentle roasting of showy clout-obsessed hypebeasts: the stars mugged for the camera while outfitted in gold chains, gaudy sneakers, and otherwise flashy attire. Now that millions could easily watch it for the first time, they found a show that was a little darker and a lot more compelling than the initial release suggested. And, interestingly, it reveals itself as a show that uses brand-forward fashion and all it signifies better than just about anything else on TV.

Costume-wise, the show is a meticulous study of how hip-hop stars and their entourages dressed in the late 2010s. (One would guess that Migos and October’s Very Own might have been on the mood board.) There are clout goggles and Palm Angeles tracksuits and Balenciaga sneakers and Supreme crossbody bags, along with rapper-approved labels like Vlone and Off-White and more in-the-know gear from brands like Born x Raised and Pleasures. It was the effort of Jasmine Benjamin, a stylist who was hired specifically to work on the wardrobe for the two leads. Benjamin (who also dresses actual world-famous rappers) was well versed in the splashy world of hip-hop-inflected fashion—and delivered a deeper and more detailed wardrobe than might have been expected.

As the show progresses, it doesn’t shy away from the darker corners of post-fame life—and uses the strange role clothing plays in the modern image-obsessed man’s life to illustrate that point. At one point, the two guys move into a shitty apartment together. They sit on the floor in an empty living room, without the cash to buy furniture, watching an iPhone propped up by a Balenciaga Triple S sneaker. “It was so smart to strip away all the distractions,” Ronnie says to Alf. (The visual gag is funny on its own but cuts a little sharper when you know the shoe itself retails for nearly $1,000.) In another episode, the guys get beat up by a clique of streetwear-glad teenagers wielding a Supreme-branded brick. (“Is that a Supreme brick?!”) Champaign ILL is full of these little moments—jokes that mine the present-day luxe-streetwear obsession for the material.

Throughout the series, it becomes clear that Ronnie and Alf hold tightly to their clothes because they’re the last signifiers of their previous life of wealth and celebrity. For much of the show, the pair is continually down on their luck and puts up a protective wall of bravado (often in the form of loud clothing) meant to obfuscate their sadness and disappointment. In one of the later episodes, which finds the duo white-knuckling into everyday suburban lives, they forgo their flashy fashion for more normal attire. Ronnie spent most of the episode in the uniform of his sister’s mall candle kiosk, while Alf dons a bad suit while attending a telemarketing work conference. The unflashy clothes almost read as a white flag that the two have finally accepted defeat.

It’s fair to assume that quite a few folks on set had a natural interest and connection to the hyper-specific niche of fashion featured on the show. Benjamin mentions that Richardson shipped some of his personal Jordan sneakers to set, while Pally contributed some pieces from his own closet. (This isn’t the first time Pally gets outfitted in streetwear for a sitcom character.) Hell, even one of the show’s creators has several fit pics taken at the red-hot menswear mecca, Dover Street Market.

Comedy shows about contemporary life aren’t necessarily synonymous with meticulously studied wardrobes. Yes, you expect a period-piece drama to have thread-perfect costuming, but not a show about two globe-trotting bozos forced to return to their hometown. But it’s clear the extra effort was worth it. The wardrobe here always acts to heighten the comedy and never distracts from it. It provides an unexpected aesthetic wrapping on the buddy comedy concept and acts as a pressure valve to release the tension when the show swan-dives into darkness. The black comedy of Champaign ILL feels a little brighter thanks to the neon-shaded streetwear—and you can’t really picture the show without it. 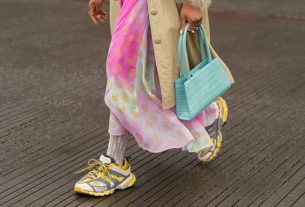 These 5 Trainers Are Destined for Cult Status This Summer 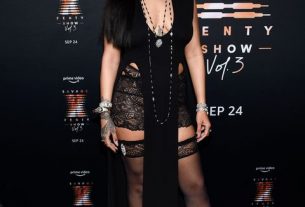