Bobby Beausoleil — one of Charles Manson‘s followers who’s been in prison for murder for almost 49 years — is on the verge of getting out, and he might have a Lady Gaga documentary to thank for helping his case.

If you don’t know, Beausoleil’s not considered part of the Manson “family,” but he was an associate and was convicted of first-degree murder in 1970. Despite an initial life sentence, he was recommended for parole by a California parole panel earlier this month … after being rejected 18 times before.

According to transcripts from his parole hearing, Beausoleil was asked several questions about his music and art in relation to his connection to Manson, and he made it clear … his art stands alone.

To prove his point … Beausoleil pointed out the soundtrack he provided for the 1972 short film “Lucifer Rising” was sampled in the 2017 documentary about Lady Gaga, “Gaga: Five Foot Two.”

Beausoleil told the parole board … “The Lady Gaga documentary used a portion of it … and it has been used in other films.” He added … “It is respected on its own merits as art … I think it is important to try to see it as something that is not representative of something that is related to Manson.”

We looked into it, and his story checks out … 2 tracks from “Lucifer Rising” were used in the Gaga doc, and Bobby is credited as the writer.

It’s unclear if Lady Gaga had any input about the musical selections for the doc — which was directed by Chris Moukarbel — but we reached out to her rep … no word back so far.

Either way, Beausoleil’s overall pitch to the panel worked on the 19th try, because they found him suitable for parole. Next up … the Board of Parole Hearings will review the case and if it approves, the case will go to recently elected Gov. Gavin Newsom, who can decide to approve or block his release. 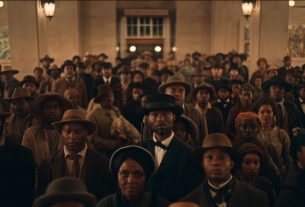