The 25-year-old singer-songwriter took full control as she hopped on a motorbike in the Harley Davidson store.

As the star got on the back of the bike in her blue and white mini dress, she captioned her picture: “Not a natural.”

Indicating that she didn’t know what she was doing, she got a helping hand from an advisor as they stood next to her while she posed for a picture.

Opting for a minidress over he regular shorts and top combo, Charli flaunted her figure as she was getting help to set up the bike.

BACK OF BIKE: Charli jumped on the back of a Harley Davidson before Shawn Mendez concert

Hours later, the star hit the stage to do her support show for Shawn Mendez.

Taking to the stage in a yellow crop top and a pair of white shorts, the star sang some of her number one hits to pump the crowd.

Getting the crowd heated, she kicked off the performance with her biggest feature track with Iggy Azalea, Fancy, before swapping over to The Fault In Our Stars soundtrack, Boom Clap.

SEXY SIDE: Charli has been flaunting her sexy side in her most recent snaps

Before supporting Shawn, the star had been working with Taylor Swift and Camila Cabello on the Reputation Tour while Charli was performing her own shows and releasing new music.

Charli has been following her performances around the world while making her documentary XCX World Part 2.

In the short clip she shared, Charli shows her fans around her performances and behind the scenes shoots, including footage of her filming Rita Ora’s Girls video.

FANCY: Charli’s song with Iggy Azalea is still one of her most popular hits

PRE CONCERT: Charli XCX posed for a selfie before hitting the stage

Once again showing her love for the England football team, she was filmed at Wembley singing It’s Coming Home with her team.

Her 60 second clip is just a brief look into her day-to-day life, the singer has uploaded the full part 2 of XCX world on Youtube. 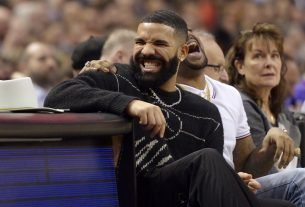 Tulisa gets wet and wild in dangerously skimpy bikini