The former Geordie Shore star lashed out at a fan on Twitter after getting the wrong end of the stick about a series of comments made about her boyfriend Stephen Bear.

“So Gaz tries to slate me in his failing column for me saying Charlotte was better off without him and now another girl’s heart is broke. Vile. I’m never wrong,” she wrote to her 46,000 Twitter followers.

WHOOPS: We doubt Nadia Essex meant to start a row

This sparked one of her fans to to chime in: “To be honest though, her choice in men isn’t great.

“She’d also be better off without Bear. I’m sure you’d agree Miss Essex.”

Alas, Charlotte was on the prowl and decided to hit back at the unsuspecting user.

“Actually, I feel she would completely disagree with your incorrect comment!” she fumed.

WAGING WAR: Charlotte lashed out at the misunderstood fan

Sensing a row was brewing, Nadia attempted to backtrack by writing: “I do. Follow Char on Snapchat, it’s the real deal. I predict diamond rings and babies.”

Having thoughts things over, the fan admitted that Bear’s bad boy image might not be the real deal.

“What’s the point in making people believe he’s so disrespectful and educated when he’s a so-called Prince Charming in the real world?” she conceded.

But clearly this wasn’t enough to appease Charlotte, who continued her onslaught.

“Because he was making a TV show you MORON!” she raged.

“At least it gave you something to talk about,” she added, alongside a face palm emoji.

The row comes after Charlotte admitted that she romped with Bear on the set of Just Tattoo of Us. 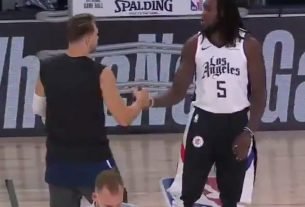