After fiercely denying her and Liam Payne were on the rocks in February after a bizarre PDA session at the 2018 BRIT Awards, she finally announced she had split with her baby-daddy on July 1.

Then, after months of hype by record labels and excited fans, Cheryl’s comeback single Love Made Me Do It failed to make an impact on UK charts.

Just two weeks after release it was out of the official UK Top 40 and out of the Top 100 on streaming services.

Now Cheryl, who was once seen a the Nation’s Sweetheart, has been handed a career lifeline after bagging a nomination at the 2019 Global Awards.

As the shortlist opened online, it became clear Cheryl missed out on nominations for Best Song and Social Media Superstar.

However, undeterred Chezza was listed as one of 15 artists battling it out for the title of Best Female.

Cheryl will go head to head with the likes of Rita Ora, Dua Lipa and Lady Gaga.

The news will be a welcome break for the former X Factor judge who has struggled to regain public support since kicking off her comeback earlier this year.

Even her judging slot on upcoming BBC show The Greatest Dancer has been met with a mixed responce.

In fact reports, which have since been denied, even claimed she was locking horns with fellow panellist Oti Mabuse.

Rubbing salt into Cheryl’s wounds, her ex Liam has enjoyed a bumper 2018.

Despite his relationship breaking down, the One Direction hunk has enjoyed international chart success thanks to his Fifty Shades Freed track For You and his latest single Polaroid ft Jonas Blue.

Liam has also picked up a nomination at the Global Awards battling it out for the gong of Best Male. 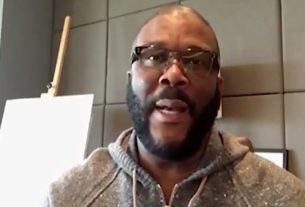 Area 51 Dance Party Does Not Attract Big Crowds or Aliens