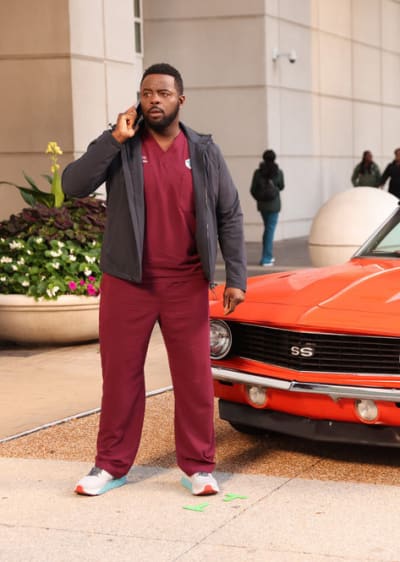 Chicago Med Season 7 Episode 8 put Charles and Scott in a tough spot when a cop threatened to harm his sergeant, while Maggie also made a difficult, potentially career-ending choice.

The high stakes made for compelling television that’s sure to keep everyone talking until the next new Chicago Med airs.

Scott’s struggled with divided loyalties since he first came to Chicago Med, and this was no different.

In this case, though, it wasn’t Scott’s patient that made him question everything. It was his friend. That made it even more difficult.

As Charles said, it was hard for Scott to see that Joe was decompensating because he was too close to him. But there was also another angle.

Scott had been steeped in macho, blustery police culture for a long time, so much so that he was certain Joe couldn’t possibly mean what he said.

I’m not sure which is more of a problem: cop culture includes casual references to violence or so much stigma surrounding cops getting help that Charles considered NOT reporting a clear threat to an individual.

The two seem tied together. The machoism and blustery culture among cops made it hard for Joe to get help at all, and his only interest in talking to Charles was that he thought it would get his wife to take him back.

And Charles had done a great job of building rapport with Joe, too, only to have to throw it all down the toilet because of his duty to warn Joe’s sergeant about the potential threat. 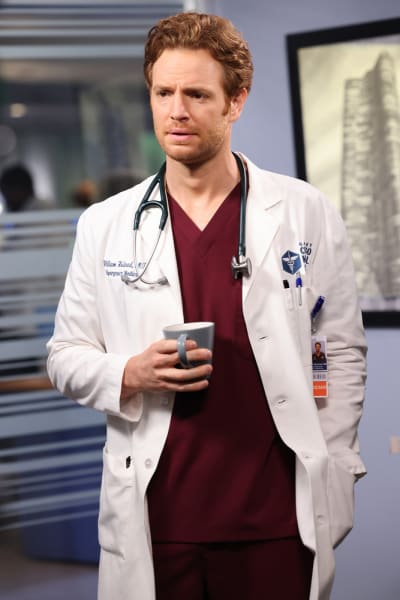 Joe brought some of that on himself. He refused to answer when Charles asked him what he meant about taking matters into his own hands and ran away from the session altogether.

If he’d answered Charles’ questions honestly and had been “just talking,” there’d have been nothing to report.

But even before Joe attacked Charles with a razor blade, he’d been acting suspiciously and ended up in the hospital in the first place because he got into a fight at the bar.

So it shouldn’t have been a surprise to anyone that he’d try to attack Charles — in fact, Chicago Med should have anticipated it and assigned more security to Charles until Joe was found. 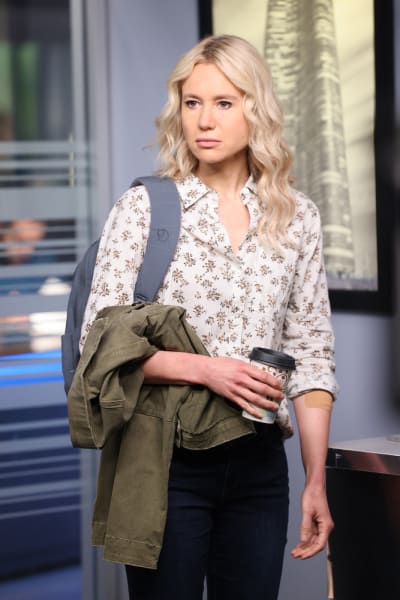 Scott learned his lesson, but how will this attack affect Charles? Will he react like his colleague Iggy Fromme over on New Amsterdam, or will he take it all in stride, as if this is just part of a day’s work at the hospital?

Meanwhile, Will played hookey from work to help Stevie out.

Stevie: I’m going to try to track down her [Terri’s] friend Misty, people from the encampment. See if they’ve seen her.
Will: How about I go with you? I have a five-hour pharm Zoom where I won’t be missed.
Stevie: I can handle it.
Will: I’m sure you can, but everyone can use a little backup. Even the Hammer.
Stevie: You call me that again, I leave you on the curb.

I’m not sure sneaking out of a mandatory meeting is a good idea, but it made the plot work, so whatever. 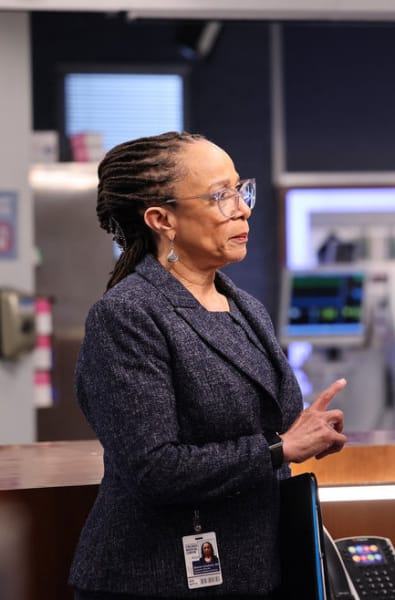 I figured their misadventure would bring Stevie and Will closer together. I expected him to end up going on a date with her, not with the VAS-COM rep!

Anyway, thank goodness that Terri wasn’t in the drug house with other passed-out people.

I fully expected she would be and that Stevie would struggle with guilt over having caused her mother’s relapse (or worse, her death!). Her unearned guilt over having ever left Terri was more emotional because it wasn’t as predictable.

Thank you, Chicago Med, for that. 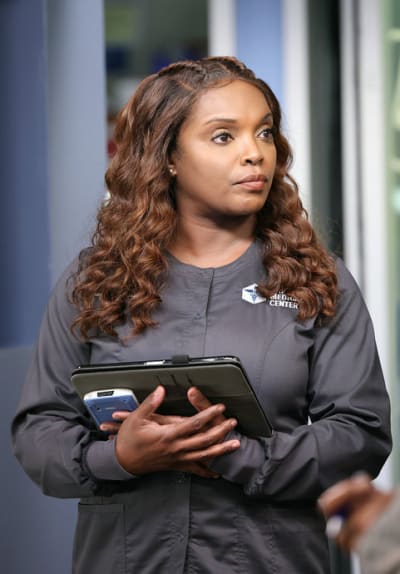 Terri and Stevie’s story seems to have come to a natural end, but has it? Terri has all sorts of health issues that she likely won’t pay proper attention to while on the road, so she could end up back at Med sooner rather than later.

Meanwhile, Maggie and Vanessa made progress in their mother/daughter relationship,  but at what price?

Maggie could have lost her job for helping Vanessa cover up her drug use, and there’s no guarantee the urine dilution will work, either.

And while she used her help as leverage to force Vanessa to stop taking Adderall, will Vanessa find it that easy to quit? 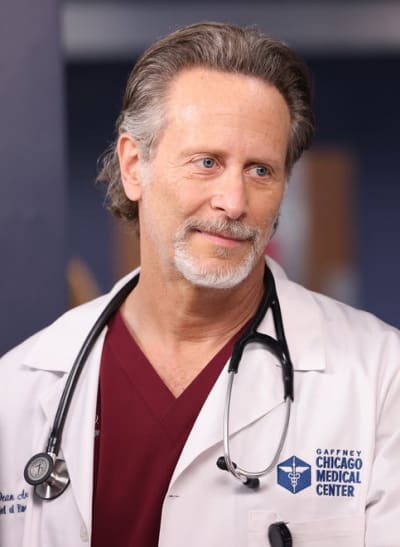 It seemed like there was an easier solution here. Some hospitals have a program where employees won’t be penalized for drug abuse if they agree to get help and stay clean.

If Maggie had pointed Vanessa in the direction of such assistance, it might have been a powerful PSA for any real-life doctors who were struggling with drug addiction.

Instead, Maggie risked her career, with no guarantees that Vanessa would be able to stop using. That didn’t strike me as the best solution to any of this.

At least Vanessa had a panic attack rather than overdosing! Cooper’s overdose was enough. 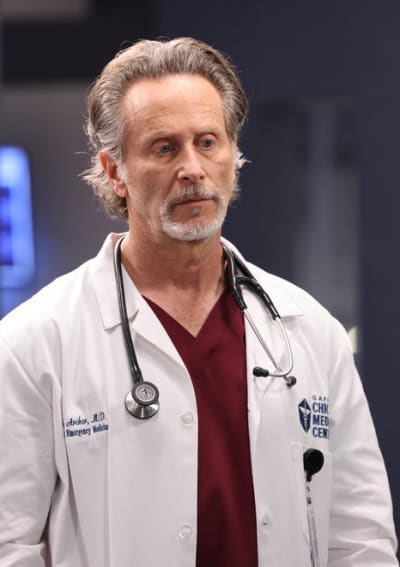 The theme of work/life balance continues to dominate Chicago Med, as it should.

Marcel has always been big on taking breaks as needed, and Blake’s attitude was ridiculous.

Marcel: Sorry I couldn’t scrub in last night.
Blake: You missed the opportunity of a lifetime.
Marcel: I figured if I can’t drive, I shouldn’t do surgery.
Blake: I think I made a miscalculation. I thought you were committed to this program.
Marcel: I am.
Blake: Not to the extent that you prioritize it over drinking and partying.
Marcel: With all due respect, I wasn’t on call last night.
Blake: When you work with me, consider yourself on call 24/7. If you want to shadow me that’s what you do. If that doesn’t work for you, let me know, preferably sooner than later. I hate to waste my time.

Leaving aside that he went out with her daughter, which creates an ethical dilemma that’ll probably come back to bite him later, Marcel had every write to relax with a drink on his night off. 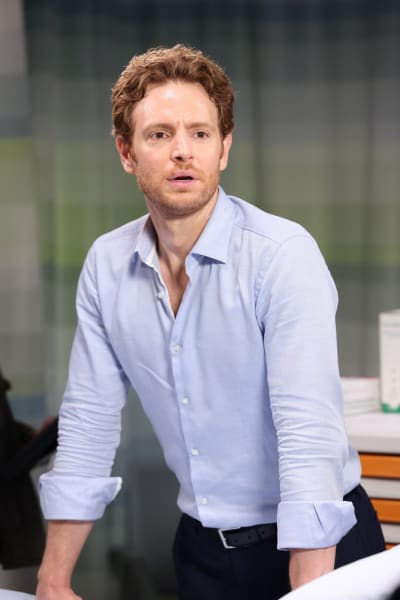 He can’t put his life on hold just in case there’s a surgery Blake wants him for. That’s unreasonable.

Marcel was also right that it’s Archer’s job to intervene if doctors are overworking themselves.

Archer’s “tough marine” attitude did Choi no favors. It was also a departure from the norm, which usually involves Archer stopping some doctor from doing some experimental procedure that turns out to be in the patient’s best interest.

Choi made the best choice for the patient but sacrificed his own health in the process. If Archer believed this was a superior procedure, he could have assigned another doctor to do it since Choi couldn’t.

Chicago Med airs on NBC on Wednesdays at 8 PM EST/PST. The next new episode airs on December 8, 2021. 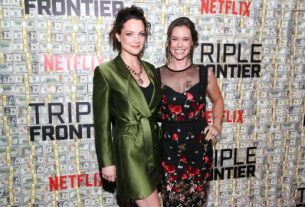 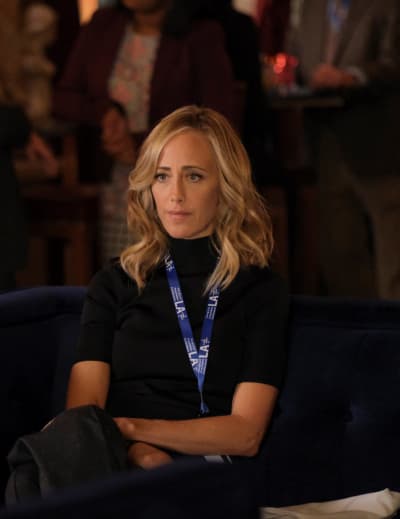