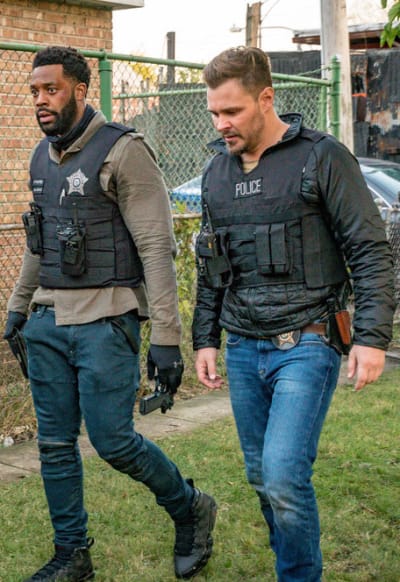 We’re only two episodes into Chicago PD Season 8 and Atwater is not only carrying the show, but he’s taking it to new heights.

The way he managed to turn the tables around on Kenny Nolan on Chicago PD Season 8 Episode 2 and push his back up against the wall, well, it was beautiful to watch.

Ever since owning his truth and standing up against racism, Atwater has been bullied and intimidated at every turn. When it began to affect his family, both at home and in Intelligence, he realized he could no longer stand back and wait.

Nolan was barking orders and hoping to break Atwater, and while he did look paranoid at times, I love that Atwater stood his ground.

The only way Atwater could regain the upper hand was to play Nolan at his own game.

I’ve never seen anything more satisfying than Atwater sitting at Nolan’s dining room table giving him a play-by-play of how he’d go out of his way to ruin his whole life if he didn’t back down.

When I say it may be the best scene on television that I’ve ever seen, I truly mean it. 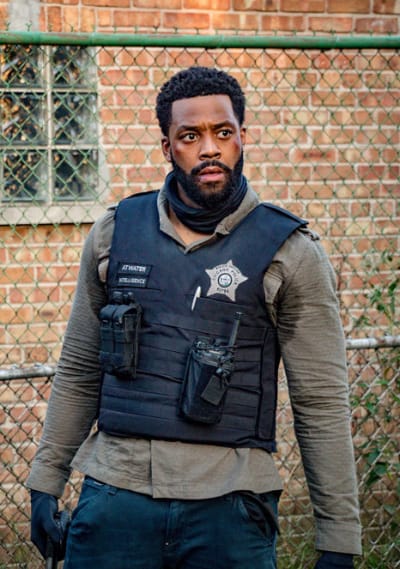 The good guys don’t always win, but this time, the right guy did. No one messes with Atwater.

Atwater channeled his inner-Voight, but he did so in a way without using his fists.

The look of defeat on Nolan’s face was priceless.

Obviously, the back-and-forth between Atwater and Nolan couldn’t go on forever, but I was curious to see how the series would go about resolving it. 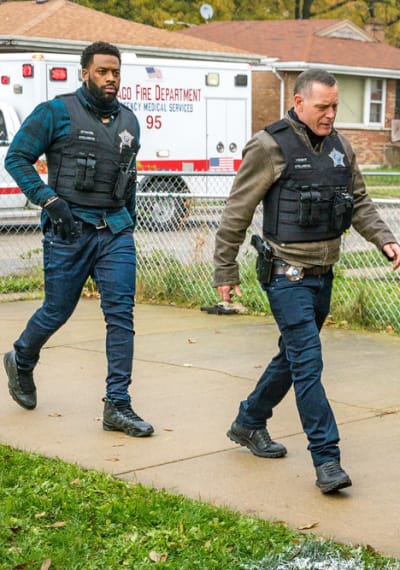 For a moment, I was terrified that the only solution would be for Atwater to give up his badge or accept that his career would never advance, but all those options included Atwater giving up and throwing in the towel.

And Voight was right — the moment Atwater stopped being a cop is the moment they would have won.

I will make it my job to come after you and I will destroy you.

With the roles reversed, Atwater has successfully proven that he will always stand up for what he believes in.

He’s making a change, albeit small, but it’s a step in the right direction. 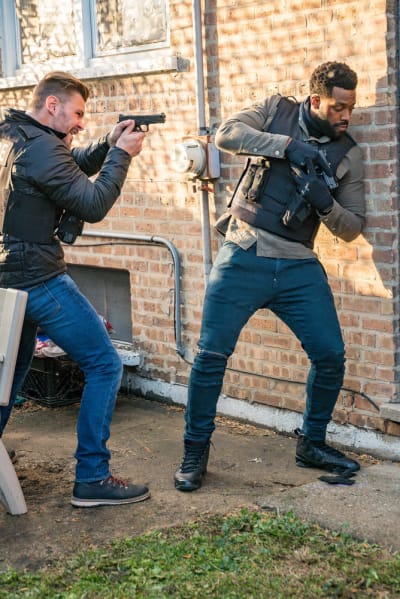 And if any good is to come of this “new world,” then it better be karma hitting Nolan square in the forehead.

Atwater won the battle against the racist cops, but unfortunately, he’s still losing the battle on the home front.

I’m going to keep coming for you until I have your badge.

The scene with the kids refusing to take a basketball from him was heartbreaking, but hopefully, by doing the job differently, he’ll make an impact that will lead to further positive changes.

The fight is far from over, but at least these kids have a good one looking out for them. 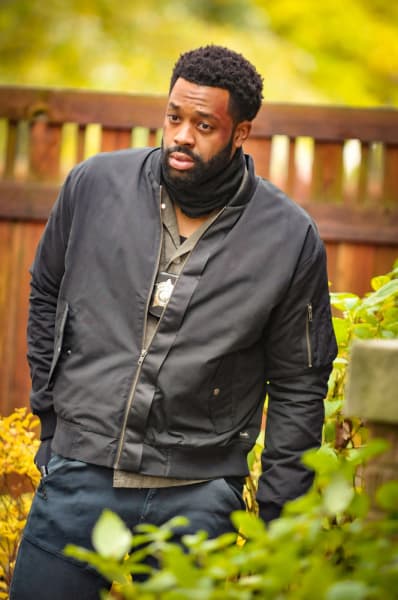 The purest thing on Chicago PD is the bromance between Ruzek and Atwater.

I know that they said everyone has Atwater’s back, and it’s true in theory, but Ruzek took an actual bullet for Atwater.

And then his reaction was basically “no sweat, bro.” It was solid.

Though, the whole situation with patrol not responding was disturbing. 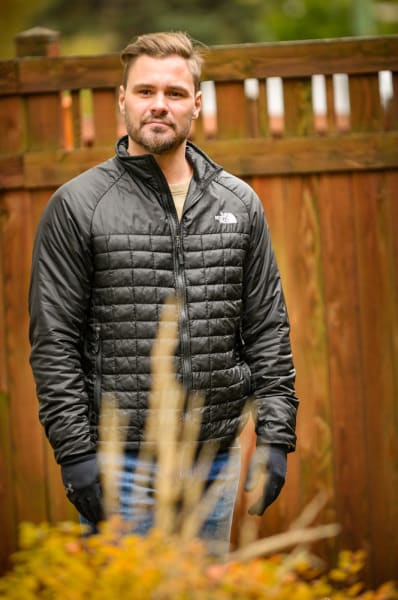 No one man should have enough power to bark such an order and endanger the lives of his blue brothers.

I wish more patrol stood up to Nolan, just as I wish there was more love given to Atwater from the rest of Intelligence.

Atwater: I’m constantly looking over my shoulder. I’m mad every hour, every minute, every second. I’m mad at Nolan, I’m mad at you, I’m mad at Ruzek. I’m mad at every white cop that feels like they can make a deal for me. And every cop that’s done this job the wrong way, which means I’m mad at myself. I’m so mad I don’t even think I can do the job the right way anymore.
Voight: Then do it different. Do it different. That’s the win. You get to do it different.

There was a brief scene between Atwater and Burgess, but really, she was there to take care of Ruzek. Where is the love?

Despite Atwater and Voight’s disagreement on Chicago PD Season 8 Episode 1, it’s great that they have a relationship in which they can be honest and open with each other even when it’s a tough conversation. 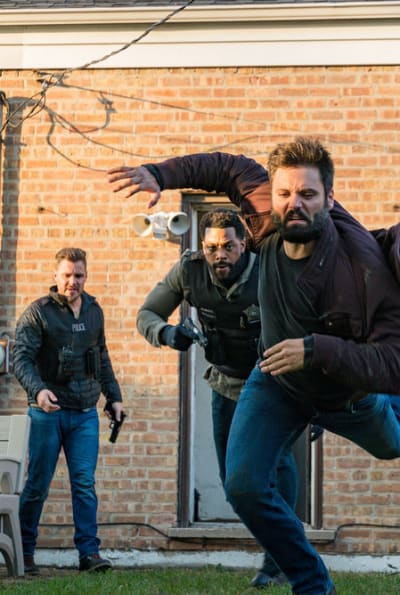 How are we feeling about Superintendent Miller? I’m struggling to form an opinion of her, but I am bothered with just how much she’s inserted herself into each case.

It’s almost as if she doesn’t think Voight’s capable of doing his job without someone holding his hand.

This what we doing? Letting cops get killed?

On Chicago PD Season 8 Episode 1, she preached doing the right thing and playing by the rules, but then she basically told Voight to arrest Billy without any evidence to “enact quality law enforcement.”

Wouldn’t that constitute actually running a thorough investigation to prove he’s the murderer? 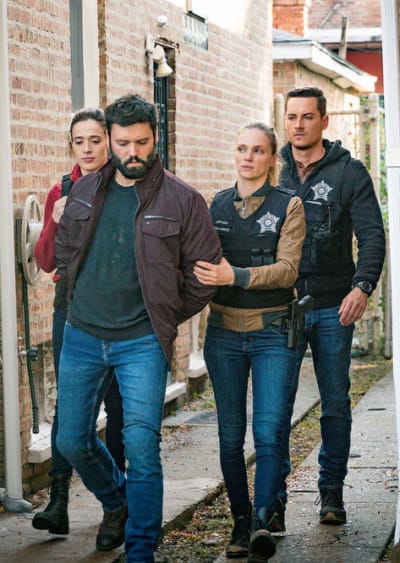 Leave it to the pros, girl.

I don’t know if there’s a law against interrogating someone while they’re under the influence or if that’s considered an “involuntary confession,” but it was clear that Billy wasn’t in the right frame of mind to answer any questions.

If he was the murderer, that wouldn’t have changed if Voight arrested him in two hours or ten hours.

My understanding of playing by the rules means reviewing all the facts. Anyone with half a brain can tell you that simply holding a murder weapon doesn’t necessarily make someone a murderer. 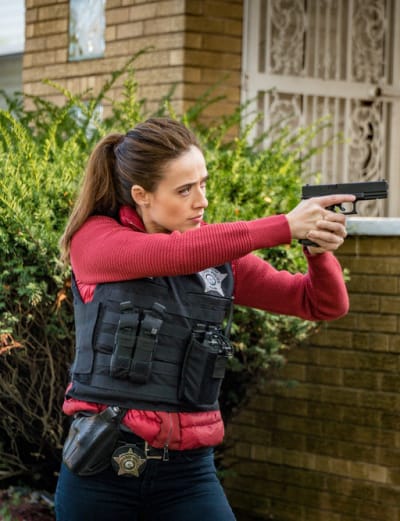 Seeing Voight stand up to her and call her out for the double standard was yet another great moment. If the man in custody was Black, would she be calling for immediate murder charges? Unlikely.

Miller wasn’t acting from a place of true concern for the victim, she simply didn’t want the media to hound her for giving a privileged, white kid special treatment, which wasn’t the case at all. 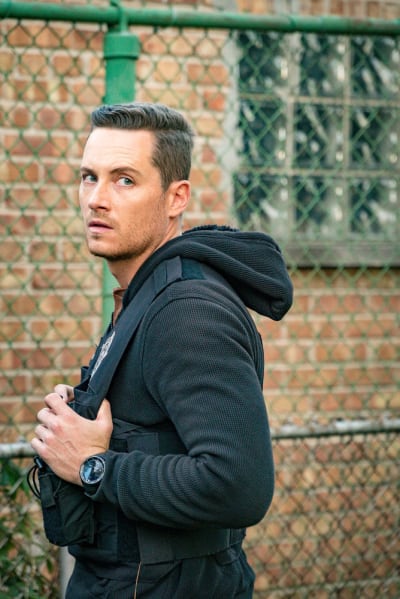 I feel like it would be a worse PR scandal if the media found out that Intelligence arrested the wrong man without evidence.

Voight didn’t even have to give anyone preferential treatment because Billy cooperated the whole time — even while high out of his mind — and turned out not to be the man responsible for Isla’s death. 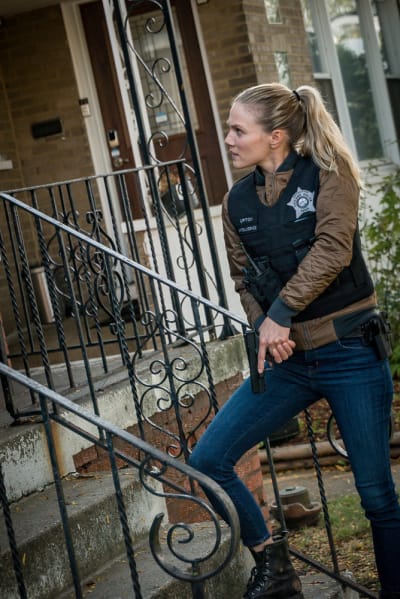 It was big of Miller to congratulate Voight on the case and admit she was wrong. It takes a lot for someone to be that vulnerable, but again, I don’t fully trust her, so I hope Voight continues to keep his guard up around her.

If you’ve been a little bummed that the first two episodes of the season have been light on Halstead and Upton, never fear, the romance is coming. . . probably.

Chicago PD will return in 2021 (I know, it’s not fair that we have to wait that long since we just got them back!) but the wait will be worth it as it seems Upstead may finally get to stand in the sun.

That is if Halstead convinces Upton to stay and reject the offer from the FBI. 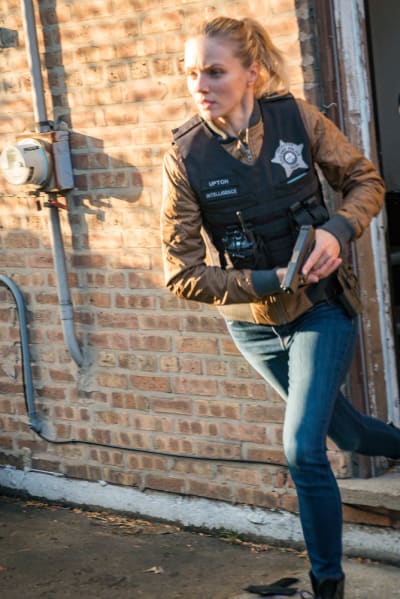 He already let one girlfriend get away, hopefully, he doesn’t make the same mistake twice.

What did you think of the episode? Let us know in the comments below.

And be sure to watch Chicago PD online to catch up on all episodes during the hiatus!

Lizzy Buczak is a staff writer for TV Fanatic. Follow her on Twitter and read her personal blog at CraveYouTV. 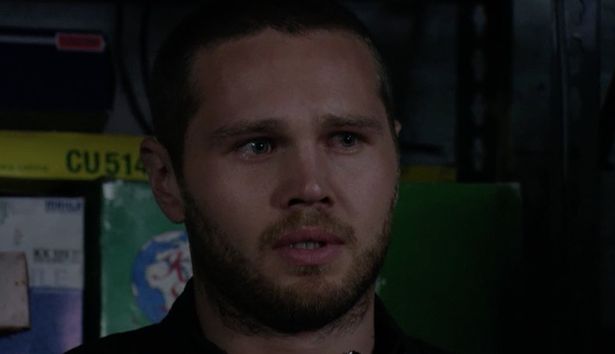 What Do the Kids of the Grey's Anatomy Cast Think of Their Parents' Success?