Chris Pratt is squarely disputing Ellen Page‘s claim Hillsong Church — to which he belongs — is anti-LGBTQ … but emphasizing he doesn’t speak for the Church.

The actor responded to Page’s tweet last week calling Hillsong “anti LGBTQ” — she doubled down over the weekend, saying there’s no excuse for anyone patronizing an org that hates.

If you are a famous actor and you belong to an organization that hates a certain group of people, don’t be surprised if someone simply wonders why it’s not addressed. Being anti LGBTQ is wrong, there aren’t two sides. The damage it causes is severe. Full stop. Sending love to all

But, Chris says nothing could be further from the truth, adding that Hillsong opens its doors to “absolutely everyone.” He says that although the Bible teaches divorce is wrong, Hillsong was there through his every step of the way … never judging him.

Hillsong’s Senior Pastor, Brian Houston, said in 2015 … “We do not affirm a gay lifestyle and because of this we do not knowingly have actively gay people in positions of leadership, either paid or unpaid.”

Chris didn’t address Houston’s comment, and seemed to couch his support, saying, “[N]o church defines me or my life, and I am not a spokesman for any church or any group of people.”

He ended his statement by saying very clearly that he thinks everyone should be able to love whomever they want, free from the judgment of their fellow man.

Jason Momoa Plays With Trident on a Beach in Hawaii, Photobombs Newlyweds 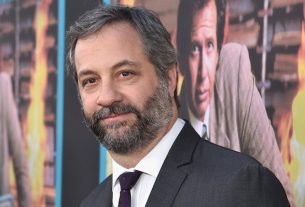