Between New York Fashion Week, Rihanna‘s Diamond Ball and the Creative Arts Emmy Awards 2018, there was a wide variety of talked-about fashion this week.

Celebrities brought their fashion A-game to events and the red carpet. However, some stars managed to stand out with their epic choices.

Case in point: Chrissy Teigen‘s Greta Constantine gown at the Creative Arts Emmy Awards. In honor of her husband’s new EGOT status, the star dressed to impress with a sleek look, including a wet-looking bob, Borgioni Diamond Snake Hoop Earrings and a Tyler Ellis velvet clutch.

Chrissy wasn’t the only one to wow this week. Check out the best dressed stars below and vote for your favorite!

The star continues to stun in suiting. This time, she paired a black suit with a dazzling, sheer bodysuit to create a boss-level look.

John Legend‘s better half attended the Creative Emmy Awards 2018 and proved that shoulder pads are officially back.

The actress wears a pale blue, yellow and white floral-printed dress and demonstrates that soft hues are just as impactful at night.

The La La Land star keeps it simple on the red carpet with a lace-accented camisole and black pants.

The actress, who’s gearing up for her new role as Harriet Tubman, proves that leopard and floral prints go well together.

For the premiere of The Predator, Olivia Munn chose a metallic wrap dress with gold pumps.

The star is completely covered up in a printed dress with a high neckline, puff sleeves and a pleated skirt. The resulting look is sophisticated and high fashion. 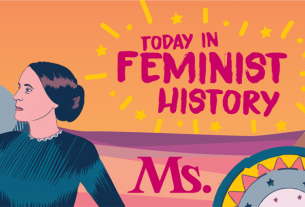