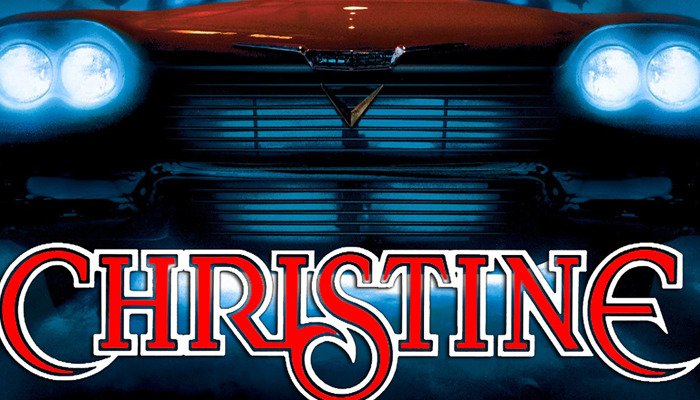 Sony Pictures and Blumhouse have announced an upcoming reboot of the popular 1983 horror film Christine.

In 1983, horror fans across the country were captivated by a Stephen King book film adaptation about a possessed car called Christine. Sony Pictures and Blumhouse have teamed up to reboot the John Carpenter directed classic and bring the chilling tale to a new audience on the big screen.

Anyone who saw the 1983 classic film Christine will remember the song, “Bad to the Bone” by George Thorogood and the Destroyers. That song pretty much characterized the car from hell that was featured in the picture. It was a red 1958 Plymouth Fury. In the old film, Keith Gordon played the car’s new owner, Arnie Cunningham. He inherits the car from an evil former owner and all hell starts to break loose.

In the old picture, Arnie starts to act like the old owner who was quite a vicious character. Arnie’s friends’ lives are soon in jeopardy as this car will stop at nothing to make sure it can have Arnie all to itself. The car’s name was Christine.

While following in the footsteps of two Masters of Horror (Stephen King and John Carpenter) may be difficult, Bryan Fuller is bravely attempting to do the 1983 film justice. Fuller will be making his feature film directorial debut. Fuller is the creator of “Hannibal” and “Star Trek: Discovery.” Fuller is also writing the new reboot’s script.

Production company Blumhouse has been behind some of the best in recent horror films. Its most distinguished film is, perhaps, the Oscar-nominated Get Out from 2017. On the other end of the spectrum, Blumhouse also made a reboot of Fantasy Island which was not exactly a success. That being said, hopes are high on the new Christine re-imagining as the original is a horror film classic.

Remakes of Stephen King horror films such as Carrie have been attempted with mixed results. In 2013, Chloe Grace Moretz and Julianne Moore starred in the big screen Carrie remake which did fairly well at the box-office though it wasn’t a huge hit by any measure. Critically, it was received with a mixed 50% Rotten Tomatoes score. Fuller previously adapted a TV movie version of Carrie in 2002 to less than stellar reviews.

But, this isn’t Carrie, this is Christine which is in the works and all eyes are on Fuller this time out. Horror film fans around the world will hopefully get to see this classic story of a “killer” car, Christine, when it is released. A date for unveiling has not been revealed thus far.

Leave your thoughts on the Christine horror film reboot below in the comments section. Readers seeking to support this type of content can visit our Patreon Page and become one of FilmBook’s patrons. Readers seeking more movie news can visit our Movie News Page, our Movie News Twitter Page, and our Movie News Facebook Page. Want up-to-the-minute notifications? FilmBook staff members publish articles by Email, Twitter, Facebook, Instagram, Tumblr, Pinterest, and Flipboard. This news was brought to our attention by Variety.

Idris Elba’s DJ Set at Coachella Was Packed and Wild