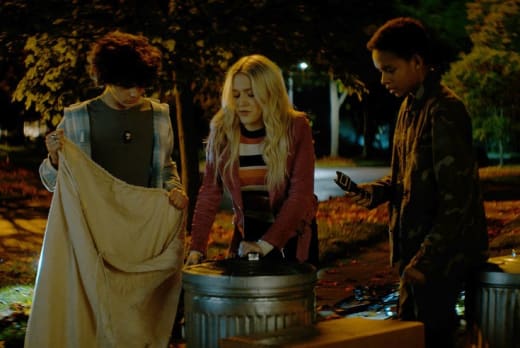 Welcome to the party, Tiffany and Nica!

Chucky Season 1 Episode 5 threw it back to the movies by introducing two characters with a significant connection to the source material.

Tiffany has always been fiercely devoted to Charles and Chucky, so she had to pop up at some point, and Jennifer Tilly continues to kill it in the role.

Tiffany’s motives are easy to understand because of her unconditional love for the villains, so anything that benefits them, she’ll be on board with.

That makes it concerning for the teenagers at the wheel of this story. An unhinged Tiffany will only lead to more bodies, which will further Chucky’s agenda.

Tiffany now has Charles on a semi-permanent basis through Nica’s body, and while she seems happy about it, it’s clear she wants a lot more. 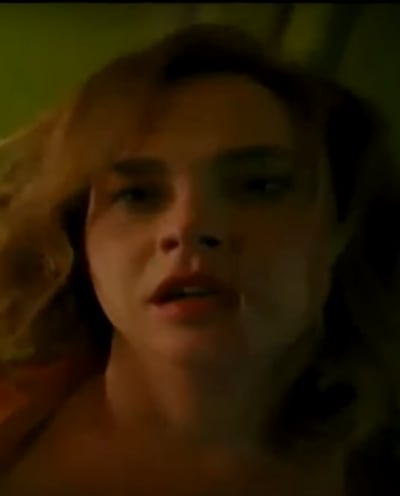 Tiffany and Charles have had a long-term, toxic relationship in which they are truly terrible to each other. While it made for some funny one-liners, it makes me wonder where the show will go next with this relationship.

More concerning is what will become of Nica once Tiffany realizes there is still a killer doll out there. Will the killer doll iteration of Charles be able to give Tiffany more attention?

That will be where Tiffany goes if that is the case.

Fiona Dourif killed it in this dual role. She can pull off both Charles Lee Ray and Nica flawlessly, and I hope we get much more of her down the line. 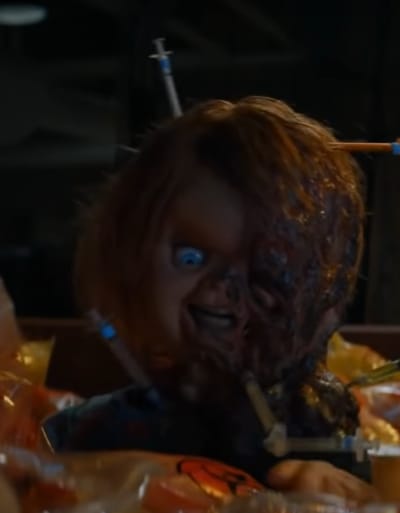 The good news is that Nica is still very much inside her body, even if Charles has taken it over for the most part.

The tricky part of this is that Nica cannot use her legs when she has her lucid moments, making it difficult for her to escape from the situation.

Even if she does manage to escape, Charles would probably return in enough time to kill anyone she told the truth.

Nica has been anti-Chucky since he killed her entire family and was blamed for it. 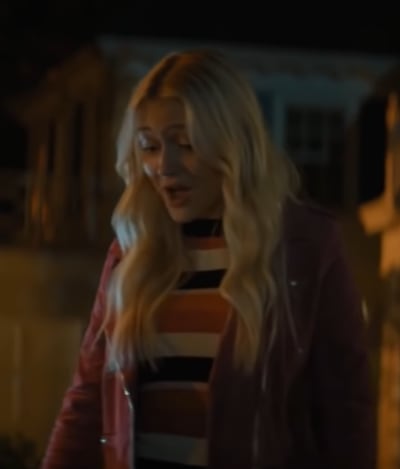 Her revenge story has been years in the making, but something tells me there won’t be an easy way to remove Charles from her body.

He continually manages to escape with ease, something that will need to be addressed sooner or later.

The kids will be more easily manipulated than the adults, so I don’t doubt there will be a scene involving a supposedly lucid Nica tricking the kids.

Nica has endured so much loss, and it’s nice to know there is still that little bit of humanity in there. She was mortified and terrified that she almost killed the man tied to the chair. 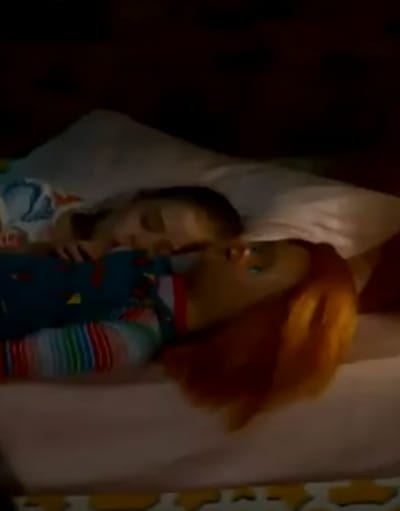 Her desperate attempt to save him proved fruitless to show viewers who hadn’t watched the movies how she struggled to get rid of the deranged serial killer.

We know Chucky can move to new dolls, and we got a lot of comical scenes with Lexy desperately trying to do away with him for good.

Michelle: Go to your room!
Lexy’s Dad: She doesn’t have a room!

We got to see the genuine vulnerability of the kids when they attacked the doll, thinking the whole scenario was over. What can we say? It was kind of cute how gullible they genuinely are.

By the end of Chucky Season 1, if they’re still alive, they will be looking over their shoulders forever because they will think he can return at any time. 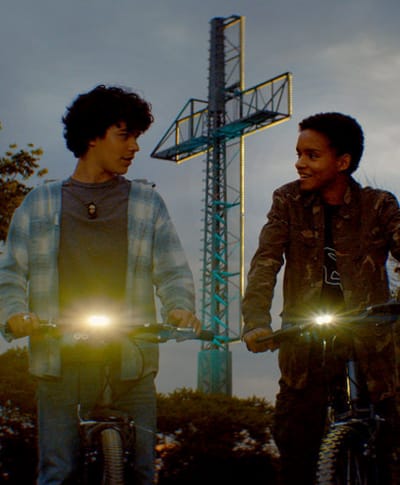 Another perfectly executed kill took the headmaster. If everyone in Hackensack didn’t know a deranged serial killer was on the loose, they do now.

There is so much potential here because we will be digging into that in the coming episodes.

How will Michelle manage to keep her family and career intact when the truth comes out? Michelle is livid that Lexy is causing all these problems, and I don’t think she’ll care if the truth ever comes out.

Barbara Alyn Lind and Alyvia Alyn Lind play this mother-daughter rivalry to perfection, and I hope they continue working together for a few seasons yet. They are great! 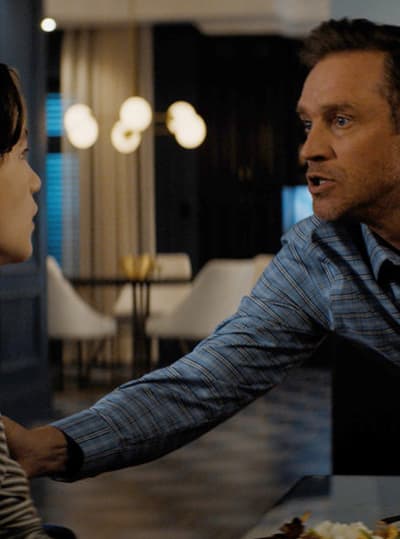 Jake and Devon’s kiss came out of nowhere, and while it’s nice to see them bonding during such a harrowing scenario, Chucky will use Jake’s relationship with Devon against him.

Chucky loves to pull strings and play with people’s emotions.

That’s his M.O., and it won’t change any time soon. Detective Evans might be killed off next to throw a wedge between Devon and Jake, but knowing this show, it will throw us for a loop.

Bree’s cancer diagnosis was a shocker because I figured she’d been cheating on her husband. She’s mostly been an absent mother who is very much checked out of things. 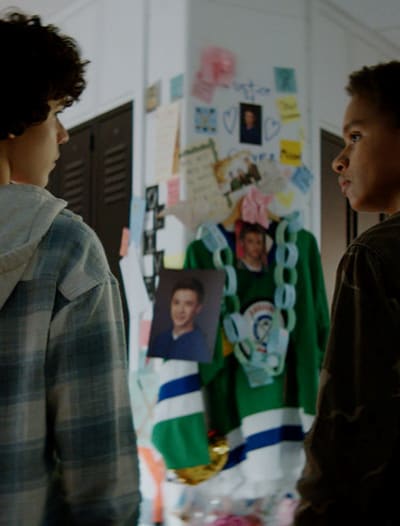 Now it all makes sense. Her comment to Jake earlier on Chucky Season 1 makes me think she hoped he did know the truth to talk to someone other than her therapist about her diagnosis.

She’s struggling to speak to her family, and sometimes people will find connections with people in the strangest of places.

This is good shit. God, I love hospitals.

“Little Little Lies” was another thrilling episode of this Syfy/USA Network series. The series is offering enough for new fans and movie fans to keep things fresh and exciting.

Don Mancini has done a great job blending these two worlds so far, and I can’t wait to see what comes next. 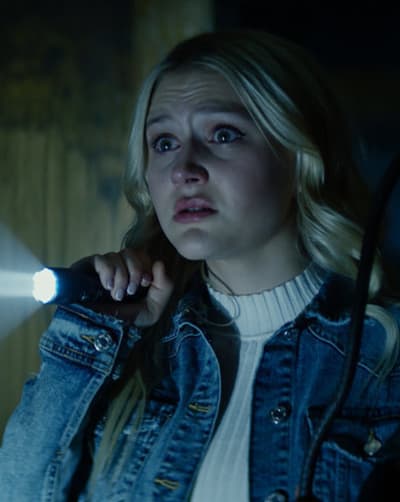 What did you think of the arrival of Nica and Tiffany?

Do you think Chucky will kill Devon or Detective Evans?

What are your thoughts on Bree’s cancer diagnosis?

Chucky continues Tuesdays at 10 p.m. on USA Network and Syfy. 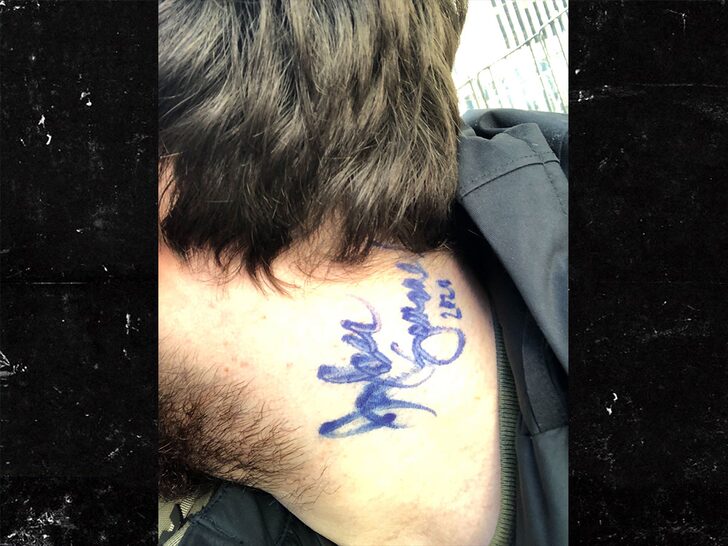 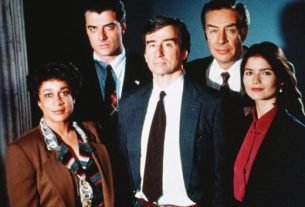