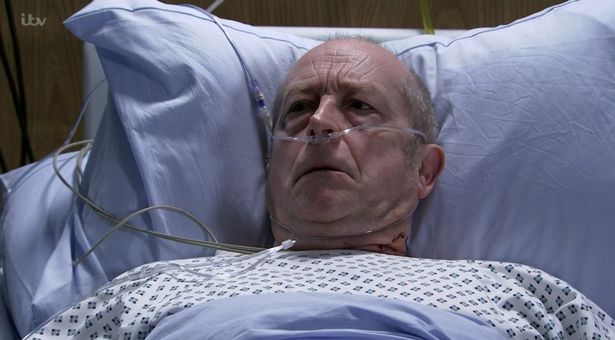 During Wednesday night’s episode of Coronation Street, evil Geoff Metcalfe (Ian Bartholomew) woke up after he was attacked by his abused wife Yasmeen (Shelley King).

As soon as he woke up he announced that Yasmeen had tried to kill him, telling police that she hadn’t been provoked prior to the attack at all.

Of course, viewers know how horrific he had been to the poor woman, who is currently in a cell after calling the police and confessing to killing Geoff, when she thought she had.

But viewers have been left angry, even feeling “insulted”, after the police’s treatment of Yasmeen when it appears there is so much damning evidence against Geoff right under their noses.

One wrote: “Don’t the police have info on Geoff for being abusive in past relationships? I really hope this saggy eyed scrote gets caught out in his own lies.”

Another tweeted: “Insulting viewers’ intelligence yet again. Cameras all over the house, who has checked Geoff’s phone? Complete and utter dogs***.”

A third said: “The evidence against Geoff is literally all right there under the police’s bloody noses – Clare’s Law, his laptop, the secret camera etc and yet Yasmeen’s still the one locked up, really?”

Someone else commented: “Where did the big a** knife go that Geoff was wielding?”

And a fifth added: “Why haven’t they found the cameras? And surely it will be on record that there was an enquiry under Clare’s Law about him? This better end quickly and he gets his comeuppance, a***hole.”

Will the police start putting things together now that Yasmeen’s granddaughter Alya (Sair Khan) is back in Weatherfield?

Only time will tell – but it seems viewers are hoping so. 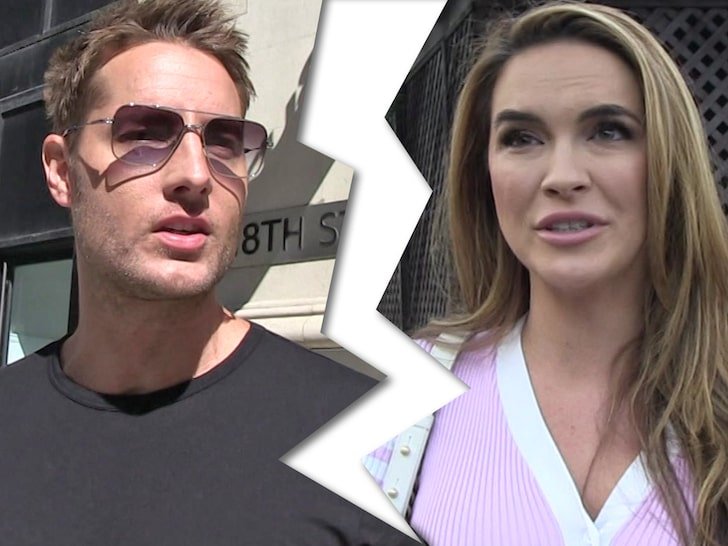 ‘This Is Us’ Justin Hartley Files for Divorce from Chrishell Stause