On Friday night, Sinead (Katie McGlynn) got news that she had cervical cancer and was pushed to terminate her pregnancy.

She broke down and told Ken (William Roache), but swore him to secrecy so that her husband Daniel (Rob Mallard) wouldn’t find out.

Things are set to change next Monday, as ITV has announced a special episode featuring just the Barlows will air.

The episode, airing in the second Coronation Street slot on Monday, October 29, will feature just Ken Peter, Daniel and Sinead, as well as a doctor and nurse.

It will take place at Weatherfield General and inside the Barlow household, focusing on Daniel finding out about Sinead’s cancer.

On Monday, Sinead collapses and is rushed to hospital and, when Daniel arrives, he is stunned to find out about her secret diagnosis – and that his own dad knew.

Devastated, Daniel heads back home to have it out with Ken, but Peter (Chris Gascoyne) intercepts.

The brothers discuss Ken’s fathering skills and, unfortunately, he overhears everything from the kitchen.

SPECIAL: The Barlows will be at the centre of an upcoming Coronation Street episode (Pic: ITV)

SHOCKER: Daniel will find out about Sinead’s cancer (Pic: ITV)

Speaking about the episode, William Roache said: “When Daniel does find out, Ken gets the full blast of all the pent up resentment that Daniel has lurking because he was an absent father.

“It’s a great episode, drawing on their history and brining all those things together.

“One of the things I love in Coronation Street is how it draws on its own history in this case the history of Ken being a bad father.”

Rob Mallard said: “I was delighted when I heard about the episode, it was a real vote of confidence not only in us but in the characters and the story that they thought it could support a whole half hour episode.

“Also I love working with Chris and Bill and Katie. It was like doing a play, we had a read through and rehearsals.

CONCERN: How will Daniel and Sinead react to the cancer news being revealed? (Pic: ITV)

“The pressure was on because in a normal episode they cut away to another storyline but this one is all on us. We had a great time filming it.”

He went on: “It was like a workshop and to do those scenes in the Barlows’ with two established actors like Bill and Chris, it felt like doing an acting masterclass, I felt very lucky.

“It was something that made me take a sharp intake of breath, it was very challenging and I got to flex acting muscles that I don’t necessarily use every day.”

The special Barlow episode will air at 8.30pm on Monday, October 29 on ITV. 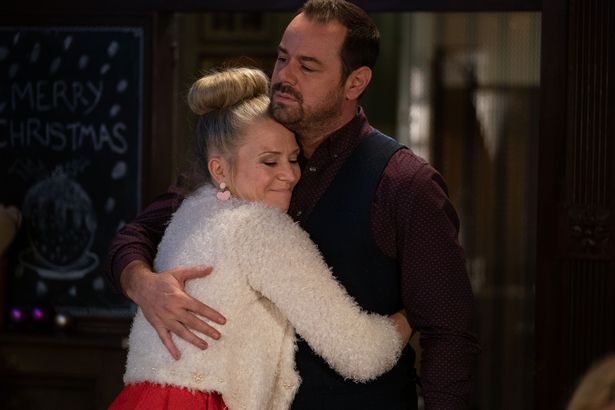