The actor was named top soap villain of all time for his role as the evil killer 15 years ago.

But he admits he still avoids social media – because he’s convinced he’d be the target of online abuse.

Brian, 71, said: “With social media everyone’s in the spotlight. You have to worry about how you appear all the time and everybody’s criticising you. I find it very difficult, the social media thing.

“I don’t do anything. I don’t do Twitter and I don’t do Facebook. This started after I did a certain psychopathic character in a certain soap. You get a lot of abuse.

Despite lacking an online fanbase, Brian has been in demand since leaving Corrie in 2003.

But he believes he’d have to do things differently if he was just starting out.

““You’re tempted to respond, and I don’t want to cope with any of that. I don’t want any negatives. I want an easy life.” ”

He said: “I think it’s very hard for young people today. I’m lucky because I’m old enough that I don’t have to do it. But if I was a younger actor it would be different. I’m in a show at the moment, and I think I’m the only one not doing social media.

“You’re tempted to respond, and I don’t want to cope with any of that. I don’t want any negatives. I want an easy life.”

Brian became one of the most famous faces on TV during his Corrie stint.

But fame hasn’t always been good for Brian. He said: “It’s a double-edged sword. Actors dream of being recognised everywhere, but of course, as soon as it happens, then it becomes a little bit of a problem.

“But I don’t ever complain about it because I feel so lucky to have got a bit of a profile. You need that profile and it’s just part of the job.”

He added: “I feel so lucky to have the job I’ve got and I’ve been doing it for 48 years. I can’t believe it. I’m just a kid from a council estate and I’ve had a lovely career. Not Hollywood or anything like that. But I’ve consistently worked and I’ve loved it.”

Brian has stayed pals with many of his former Corrie co-stars.

He regularly catches up with Sherrie Hewson, and he is currently starring alongside Vicky Entwistle in a stage production of Doctor Dolittle in Manchester. 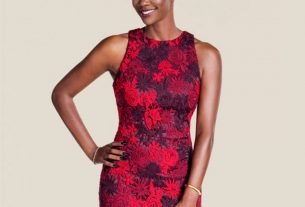 Dr. Imani Walker Opens Up About Her Divorce for First Time in Married to Medicine L.A. Sneak Peek 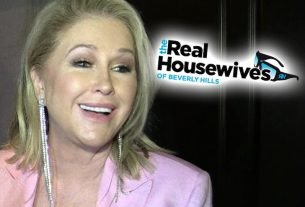