The producer, who has taken over from soap queen Kate Oates, has already started sewing the seeds for the big blow out.

Referring to the car chase involving Michelle Connor, Ryan, Ali Neeson and Cormac’s dad Ronan, Iain exclusively spilled to Daily Star Online: “The seeds of the biggest stories for Christmas you have watched.”

But Iain warned that the episode won’t necessarily be jam-packed with darkness and sorrow.

He added: “I wanted it to be a Christmassy Christmas.

“Obviously there’s a history in soap of trying to do the Angie and Den Christmas and divorce papers and vitriol, that’s not really my preference when you sit down to digest stuffing balls and sprouts.

“I wanted it to be a Christmassy Christmas”

“It will have big heartbreaking stories within that, and a big shock at the end.”

Ian revealed that the first stories he’s working on will be the the ones leading up to a “big Christmas Day extravaganza, hopefully.”

He continued: “There will be some romance, comedy, there’s a brilliantly heightened comedic episode around school nativity.

CRASH: Michelle’s accident will be one of the stories leading to the Christmas Day special (Pic: ITV)

“What I tried to do early was get in and cover all the bases as I know there will be a certain amount of scrutiny and changeover period and whether I continue in Kate’s vein or do something different.

“I wanted to show as much of a broad church of Coronation Street as I could really.” 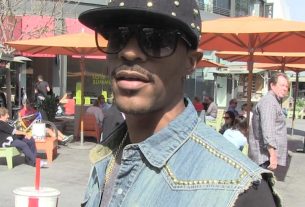 Meet the America's Got Talent: The Champions Contestants