Dakota Johnson has a star-studded family, born to actors Melanie Griffith and Don Johnson. Fewer people realize her grandmother is Hollywood royalty Tippi Hedren, known best for her starring turn in Alfred Hitchcock’s The Birds. During a live taping of The Hollywood Reporter‘s “Awards Chatter” podcast, Johnson explained why she thinks that Hedren wasn’t given even more memorable roles afterwards.

“She’s always been really honest and firm about standing up for yourself. That’s what she did,” Johnson said of Hedren. “[Alfred] Hitchcock ruined her career because she didn’t want to sleep with him, and he terrorized her. He was never held accountable.”

She continued, “It’s completely unacceptable for people in a position of power to wield that power over someone in a weaker position, no matter the industry. It’s hard to talk about because she’s my grandmother. You don’t want to imagine somebody taking advantage of your grandmother.”

Hedren alleged in her 2016 memoir, Tippi, that she was sexually assaulted by the director while working with him on 1963’s The Birds and 1964’s Marnie. Amongst her accusations, she says that he would not allow his driver to stop at her home and asked her to “touch him,” then tried to force a kiss on her. She wrote, “It was an awful, awful moment.”

On the set of Marnie, he invaded her dressing room and “put his hands on” her. She said, “It was sexual, it was perverse.”

Hedren never told anyone at the time because this sort of behavior wasn’t openly discussed in the early 1960s and “sexual harassment and stalking were terms that didn’t exist.”

Hedren has continued to work, but Johnson obviously thinks she deserved a more high-profile career.

“I think the thing that she’s been so amazing for me and with my mother is just like, no you do not put up with that s— from anybody,” she said. “She would say it in a far more eloquent way. She’s such a glamorous movie star, still.”

How to Rock the Rocketman Look IRL

The Sex Lives of College Girls: What We Know About Mindy Kaling’s New Comedy 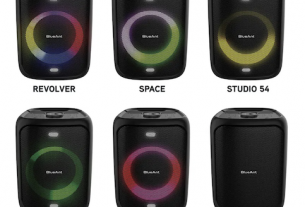 The BlueAnt X5: The Newest Party Speaker From Down Under