The King of Pop had a cult following and was one of the biggest entertainers of all time.

Founder of RnD creatives Royston who has danced and choreographed with some of the biggest stars, once worked with MJ.

Royston was part of the Earth Song choir at the start of his career in the entertainment industry.

Earth Song reached number one in the UK Singles Chart and was the nation’s number one Christmas single in 1995.

Speaking about what it was like working with him, Royston simply said: “Well it was Michael.”

Revealing how the opportunity came about, Royston explained: “I went to a local theatre school, which gave me loads of different opportunities.

“One day we got told we were going to be in a choir and we didn’ know what it was for and we learned the song and the next thing we all knew, we were on the stage with Michael.

“You know, we got to all sey ‘hi’ to him, which was amazing as he was one of my main inspiratiions at the time.”

He said he then got to meet him again a few years on at the World Music Awards.

“At the time I was presenting and he came on the red carpet.

He continued: “He was so warm and so present and even though he was flanked by security, he was so engaged with everyone.” 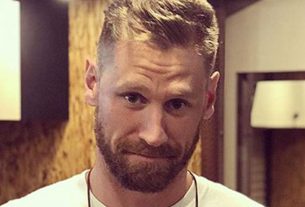