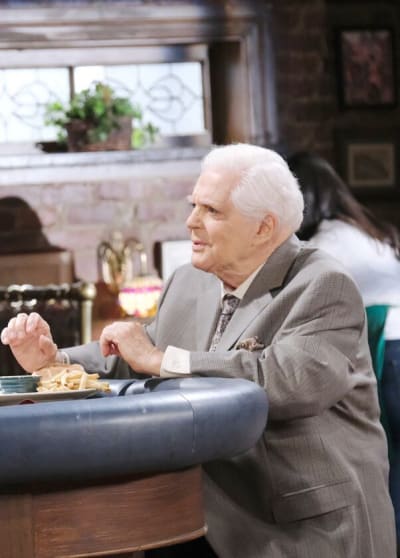 This day was always going to come.

Doug and Julie are Salem’s longest-running couple, and eventually, their time was going to run out.

Maybe there’ll be a miracle, but right now it seems like Days of Our Lives during the week of 9-06-21 was the beginning of the end for Doug.

I had mixed feelings about this story since spoilers began alluding to it.

On the one hand, the previous medical storylines for older characters quickly denigrated into silliness, and I’ve wanted something more realistic forever.

Doug’s grief when he thought Julie was dying of a heart attack was so much meatier than all that nonsense with Gabi controlling Julie’s pacemaker, and Belle’s decision to honor Marlena’s DNR order turned into a ridiculous story about switching Marlena with Hattie so that Marlena could live.

And if this story stays within the bounds of reality and doesn’t involve miracle cures that don’t really exist, Doug turning out to be a doppelganger, or anything else nonsensical, then Days of Our Lives is finally honoring my wish for a proper medical storyline for older characters.

At the same time, this story hits home hard. Not only are Doug and Julie my favorite couple, but they remind me of my grandparents, and I want Doug to be all right so badly that I’d accept the unrealistic miracle cure at the end of this story. 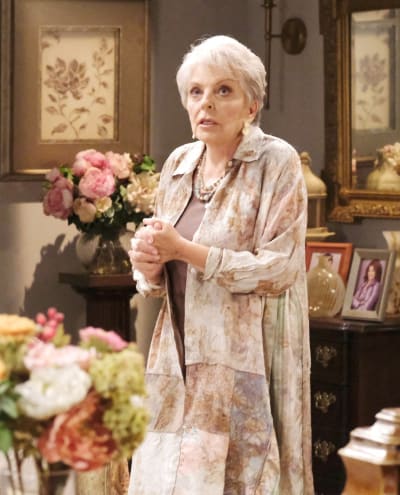 Doug’s story is being handled fairly realistically, at least for DAYS stories.

The freezer incident shouldn’t have been the first sign of trouble, though. Doug’s memory lapses should have come way before any such thing.

It would have been more effective to start with Doug forgetting people’s names, as he did several times, so that his and Julie’s insistence that nothing was seriously wrong would make sense.

If done right, viewers might even have debated whether Doug was experiencing cognitive decline or just age-related memory issues that didn’t really matter.

But considering that Doug locked Julie in the freezer and didn’t remember doing so, Julie’s insistence that he was just tired or that it was because he had a beer seemed foolish at best.

Julie: I can’t believe that our family recipe is in the Square! Oh, and it tastes just like what Alice used to make.
Doug: I’m sorry, darling, but who the heck is Alice?

That’s probably finished now that Doug has forgotten her beloved Grandma Alice, though. Julie will likely realize there’s a problem and rush Doug off to see Kayla, though I can imagine she might try to control the appointment and convince Kayla that there really isn’t anything wrong with Doug.

If it is dementia, a key player is missing from this storyline: Hope. 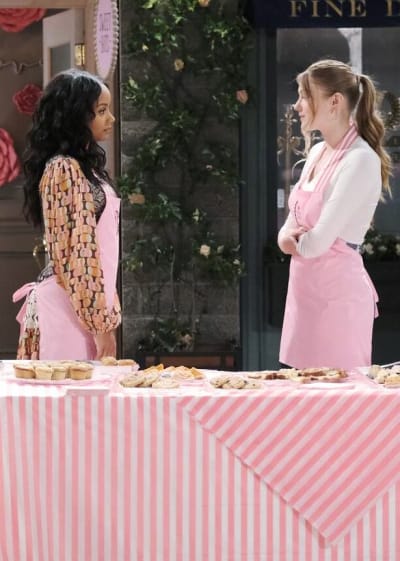 Days of Our Lives may not want to recast out of respect for Kristian Alfonso’s 37 years with the show, but there is no way Hope would stay in South Africa while her beloved father is losing his mental faculties.

Even now, when Julie is still in denial and Jack and Roman are concerned, Hope’s absence is glaring. Ordinarily, Jack and Julie would both be asking Hope her opinion about this or how to handle it.

But because Hope has not been recast, she isn’t even mentioned while her father could soon forget who she is. 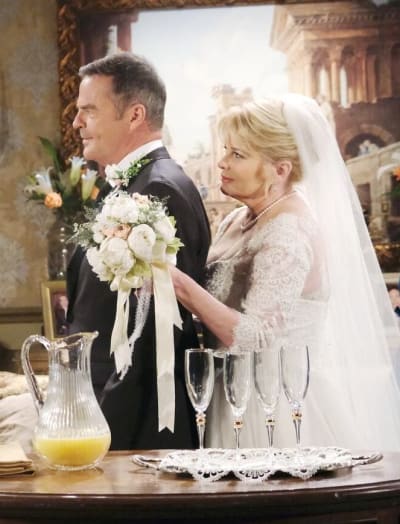 Also unacceptable: Xander and Gwen laughing at Doug having locked Julie in the freezer.

That was mean-spirited and totally goes against Gwen’s claims that she likes Doug. Gwen knows he has a potentially serious condition and should be more sensitive, even when she’s talking to Xander.

I’ve never liked this couple to begin with, and that turned me off totally.

Relatedly, I hope Gwen tells Jack the truth and gets it over with. 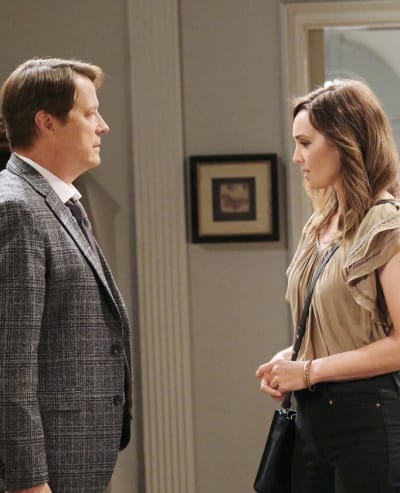 The last thing Jack needs while trying to convince Julie that Doug needs help is to have to deal with Gwen and her lies.

This story needs to end ASAP. Jack will likely forgive Gwen at some point or another, and he has more important things to worry about than why she was running drugs for Snyder.

Let’s get rid of this stupid story and free Jack to focus on his family. Jennifer can’t come back soon enough for me, either — she’s close with Julie and Doug and is also MIA.

Speaking of which, welcome back, Marci Miller! 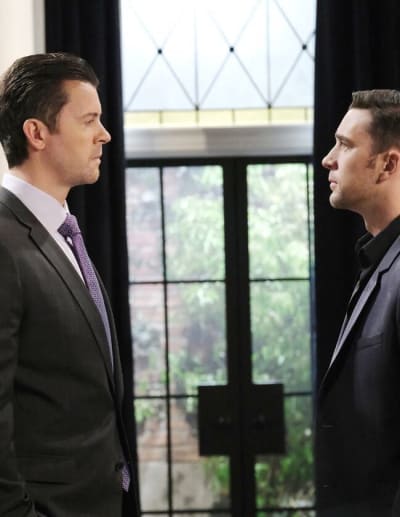 While EJ’s advice to Chad was mostly stupid and self-serving, I’m glad that Chad is going to collect Abigail from Boston.

For one thing, I enjoy Marci Miller’s performance. In addition, Abby is close with Julie, or used to be, and is another person who should be involved in this storyline about Doug.

So should JJ, for that matter, but if that happens, it will likely be toward the end, given the fact that Doug was the only person who ever treated JJ like a member of the family and not a glorified extra who happened to live in the Horton house.

Elsewhere in Salem, I’m glad to be rid of that awful Bonnie/Calista storyline. 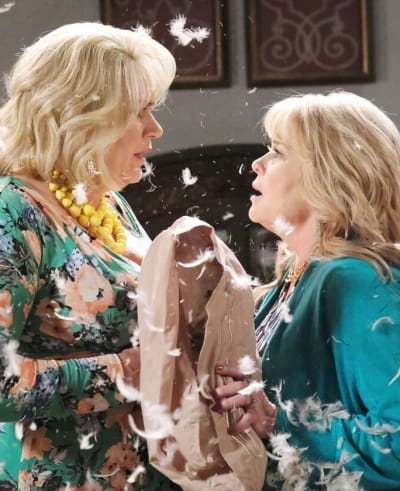 Unfortunately, I doubt that this is the end of the road for Bonnie or even for her relationship with Justin.

I suspect Justin will act as her lawyer and when the truth comes out, he will decide she was Calista’s innocent victim and eventually pick up where he left off.

Either way, though, Calista was a useless character and a waste of a good actress. And now we hopefully will never have to hear that stupid Calista Lockhart/Harrison Lord joke again.

That farce of a wedding didn’t help either. It was full of unfunny nonsense like the officiant who was starving and in a hurry and Bonnie’s stupid attempts to hide the fact that Calista was dead. 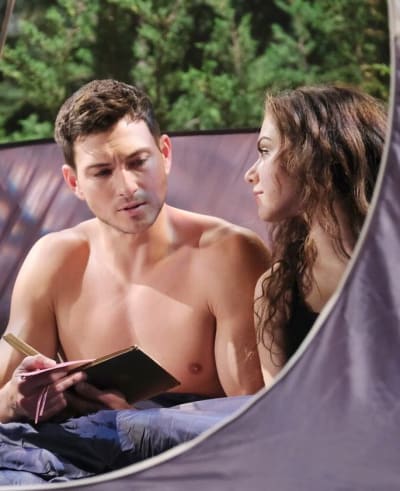 And really, can’t Days of Our Lives find something better for Xander to do than crash weddings and have lots of sex with Gwen?

Of course, that nonsense also led to Xander and EJ clashing, which is fun because they’re basically the same person.

I’ve always thought Paul Tefler would make a perfect EJ, and Xander has generally been the Kiriakis version of him, so when they fight it’s like EJ 1 vs EJ 2.

If anyone can double-cross EJ and get away with it, it’s Xander, because he knows how EJ’s mind works. Too bad he didn’t set out to do just that! 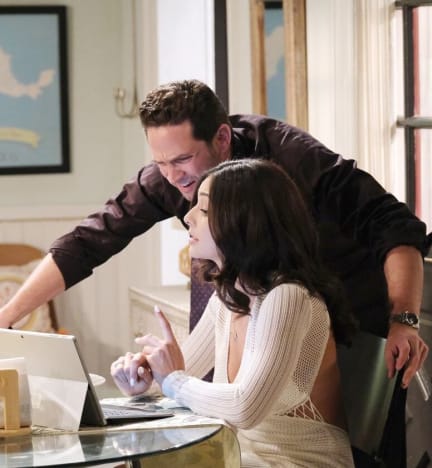 EJ’s threat is mostly empty, though in Salem one never knows. It won’t look good for the judge to dismiss the case and then un-dismiss it, which isn’t even a thing except on Days of Our Lives.

EJ [on phone]: … don’t you try to double-cross me or you will regret it!
[Johnny comes in]
Johnny: Is that the kind of work you want me to do? Threatening people?

I had to laugh at Johnny’s reaction to EJ, though. EJ is never going to convince him to work for Dimera by acting like a bully, to Johnny or anyone else.

Chad made some good points about how if EJ would just let Johnny be, Johnny might find his way back to the family business, but EJ is so convinced that he knows what’s best that he won’t listen. He is only alienating Johnny further and further with this nonsense — will he ever learn? 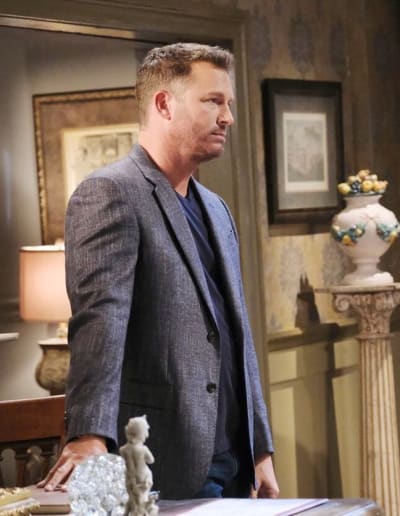 Meanwhile, Johnny and Allie’s relationship already seems to have been ruined beyond repair over their feelings for Chanel.

Chanel should have taken Paulina’s advice and not ghosted Johnny on Allie’s say-so, and now Johnny is hurt and angry and striking back by trying to convince Tripp that Allie’s heart belongs to Chanel.

Allie’s insistence that Johnny is no good because of something that happened in high school is laughable, too… though Philip, Chloe, and Brady seem to be stuck in that high school mentality 20+ years later, so maybe it’s understandable.

I was glad that Chloe told both Brady and Philip off about that. If these guys don’t watch their step, she’s going to decide that none of this is worth it and just be single. Or at least, I hope so, because that would be preferable to this obnoxiousness.

Brady is the worse one in this, constantly trying to manipulate Chloe into dumping Philip for him, and I’m glad Chloe is onto him.

However, Philip’s jealous outbursts and demands that Chloe distance herself from Brady aren’t attractive either.

I liked that the two made a bet of sorts about whether Brady is responsible for hacking Philip’s computer. Maybe investigating this will bring them closer together.

What I don’t like, at all, is this stupid scheme of Gabi and Jake’s.

Philip was one of the few people to show Gabi kindness after the things she did to Abigail. They were friends and even dated a while, and he’s mostly overlooked her digs at his mother because he likes her.

And for what? So Gabi and Jake can stab him in the back when Victor is far more likely to replace Philip, should it come to that, with one of Sonny’s oft-talked-about but never seen brothers than with either of these two clowns?

Not to mention that Gabi and Jake are always arguing over who gets to be CEO as if this is some kids’ game, and we had enough of that when Victor tried to force Philip and Xander to work together. 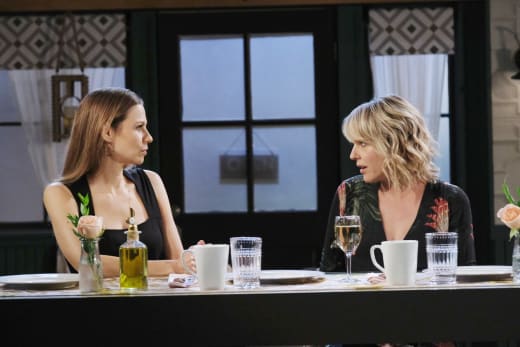 I’ve shipped Nicole/Rafe since 2012 and that hasn’t changed, but Rafe and Ava’s honesty with each other is refreshing. Days of Our Lives too often relies on misunderstandings and unnecessary secret-keeping instead of building real relationships, and Rafe and Ava are an exception to the rule.

Plus, while it was cute at first, at this point I agree with Eli that Rafe’s obsession with that teddy bear is ridiculous. That’s ruining my enjoyment of any kind of Rafe/Nicole pairing.

Anyway, Rafe has more feelings for Nicole than he admits, so staying away from each other isn’t going to work long-term. But for now, I’m enjoying both this ride and that Nicole and Ava have managed to preserve their friendship despite their rivalry over Rafe.

Finally, Paulina almost got caught — again — admitting she is Lani’s mother, while Ben and Ciara argued about whether or not to have children right away.

The timing of these stories was weird. All these characters were off having adventures on Days of Our Lives: Beyond Salem, while the dialogue implied that these scenes took place after Beyond Salem was over.

It made it feel like the two series weren’t connected, which was off-putting. Are the events of Beyond Salem going to be acknowledged in any way on Days of Our Lives?

Anyway, Abe keeps almost catching Paulina in her lies and now her latest way of covering her butt is to suggest they should get married. That means that the truth will come out at their wedding, making it yet another ceremony that doesn’t happen. Ugh.

As for Ben and Ciara, this was annoying.

Ben had strong, well-reasoned arguments for not having kids yet, while Ciara pouted and acted like his refusal to give in to her spur-of-the-moment demand was a personal betrayal.

If this couple is going to be together, so be it, but can Ciara at least act like an adult?

Your turn, Days of Our LIves fanatics! Hit the big, blue SHOW COMMENTS button and let us know what you thought about Days of Our Lives during the week of 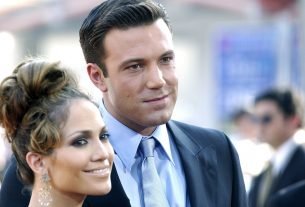