Here’s what Willis was talkin’ ’bout … Todd Bridges getting knocked the hell out — on camera no less — while trying to be a nice guy, backing up a friend in need.

The “Diff’rent Strokes” star recently helped his wheelchair-bound neighbor evict a woman living at the guy’s house in the San Fernando Valley. We’re told Todd’s neighbor had asked him for help in the past, and Todd obliged this time too.

Well, things escalated quickly. Todd and the woman’s boyfriend got into a verbal altercation, and next thing ya know … Todd got sucker punched and laid out. It’s pretty crazy … in this surveillance footage, obtained by TMZ, you can see Todd was totally dazed from the hit.

We’re told the guy fled the scene, but no police report was filed. As for Todd … he tells us in a statement … “No one likes to be sucker punched, but I am glad that I was there to help my neighbor, who was faced with a potentially dangerous situation.”

Todd added, “Much rather it was me, and not my neighbor.”

Dr. Drew Says Pete Davidson Must Avoid Ariana Grande Because His Life Depends on It 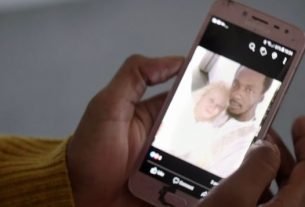