Doctor Who, played by Jodie Whittaker, and her team Ryan Sinclair, Yasmin Khan, and Graham O’Brien were faced with eight-legged insects in the fourth episode.

Fans of the show found themselves in fear over the giant spiders, with many discussing the fact that they’ll end up with nightmares.

The spiders were 10 times the size of the standard eight-legged beasts – and they came in groups.

While people were sharing their fear, others were quick to share their distaste for the episode.

“Never been bored even in previous series”

Viewers of the show took to Twitter to share their thoughts, with one user writing: “What a boring Doctor Who episode so far.

“Never been bored even in previous series, I’ve never been as bored as right now.

“Jodie still looks like an amateur actress trying to play the doctor.”

Another added: “I know it’s illegal to criticise the first female Doctor Who, but she’s not really that good.

DOCTOR: Fans slammed The Doctor over the episode (Pic: BBC)

SPIDERS: The spiders crawled all through the manor (Pic: BBC)

“Also, the writing has fallen off a cliff. And Bradley Walsh? What clown thought that was a good idea?”

When the team came up with an idea to remove the spiders, they decided to play loud music on speakers.

As Stormzy’s tracks echoed through the episode, fans were flying in with their comments about the spiders reacting to the track.

While the music echoed through the halls, the spiders ran through Celtic Manor with excitement.

OVERGROWN: The spiders were 10x the standard size (Pic: BBC)

TEAM: The Doctor will keep her team with her for the series (Pic: BBC)

But it seems that viewers still weren’t impressed with the musical number, with one writing: “Decided to watch Doctor Who for the first time in years and it’s about giant spiders.

“And they’ve just played Stormzy on full bast to chase them out of the building.

The recent series has received floods of backlash, and while viewers have slammed Whittaker’s role, they also seem less than impressed with the writers. 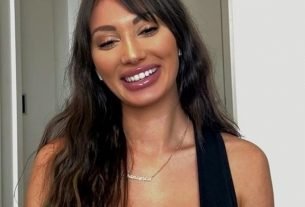