Stan Lee was supposed to deliver one of the most memorable lines in “Spider-Man 2,” according to Donnell Rawlings … who ended up replacing the late Marvel legend.

We got Don at LAX soon after we broke the news that Stan had passed away, and he had a hilarious story for us about his cameo in the original “Spider-Man” sequel. In case you’ve forgotten, Donnell briefly shows up when Tobey Maguire goes swinging with pizzas in hand.

According to Donnell, Stan was set to drop the classic line … but, apparently, he’d fallen ill during filming and Don got tapped instead. He even reenacts the “Oscar-worthy” scene for our camera guy, and does a pretty good job at recapturing the magic.

BTW, Stan did end up making a cameo in ‘SM2,’ but it was a non-speaking part. He was notorious for showing up in the Marvel movies … someway, somehow.

Like we first told you … Stan was rushed to Cedars-Sinai by ambulance from his Hollywood Hills home early Monday morning, and he died at the hospital.

Common Says He'd Love To Do A Movie With LeBron (Again) 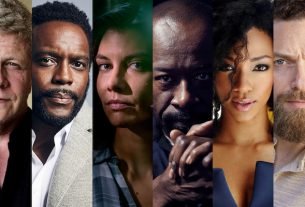