Darren Criss was Glee-ful when he was surprised with a video message from Lea Michele during E!’s Live From the Red Carpet.

“That’s so special. Thank you for that, Lea and you guys. You got me. That was so sweet,” Criss revealed exclusively to E!’s Ryan Seacrest as he blew air kisses to Michele.

The How to Succeed in Business Without Really Trying star shared that he and Michele were both at a wedding last night and the Scream Queens actress still made sure to send him a message on his big day.

“Darren, it’s Lea. Hi! First of all, I’m so proud of you. All the work you did to get to this day even though you just saw me about an hour or so ago, I just wanted to send you all of my love and let you know that I’m so proud of you. I hope that you have the most amazing night tonight,” Michele gushed about the San Francisco native.

The former Glee costars have remained friends since the show wrapped in 2015. In fact, they showed off their musical chops on their joint LM/DC tour in 2018.

The 31-year-old actor is up for the Best Performance by an Actor in a Limited Series or a Motion Picture Made for Television award for his work on The Assassination of Gianni Versace: American Crime Story at tonight’s Golden Globes.

The show is also nominated for Best Television Limited Series or Motion Picture Made for Television. Additionally, Criss’ costars, Penélope Cruz and Edgar Ramírez, could also walk away with trophies tonight. That’s a total four nominations for the acclaimed series!

The University of Michigan alum already won an Emmy for his work on American Crime Story.

Be sure to watch E! on Sunday, Jan. 6 starting at 4 p.m. ET/1 p.m. PT or our Countdown and Live From the Red Carpet: The 2019 Golden Globe Awards coverage! Then don’t miss the Golden Globes telecast at 8 p.m. on NBC. Afterwards, head back to E! for the Busy Tonight Live: Golden Globes After Party special at 11 p.m.! 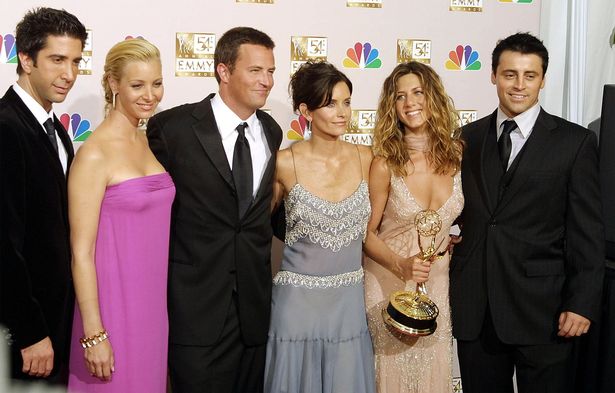 Friends stars to earn whopping ‘$2.5million’ each as they finally confirm reunion