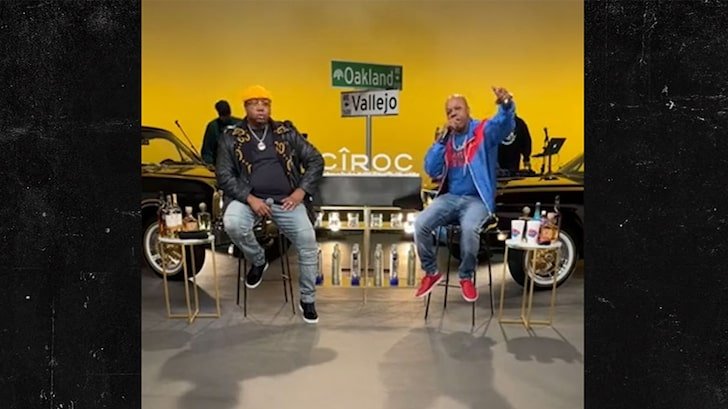 Too Short and E-40 played their classic tracks, put down some classic dancing and told classic stories — so yeah, the last “Verzuz” of 2020 was a West Coast classic.

The Bay Area rap legends acknowledged their longstanding friendship from “BR” — before rap, as 40 puts it — but then went at each other in a tight competition. As with most “Verzuz” battles … the online debate about a winner was fierce.

Both were sipping on drinks throughout the night which, for E-40 at least, meant it was time to do some dancing — hilariously entertaining.

As TMZ first reported … the stage setup featured 2 classic lowrider whips behind each MC, and they also repped for the Bay with street signs for their hometowns of Oakland and Vallejo.

So, the consensus is E-40 hit hard early on in the battle, but Short put together a 2nd half streak of bangers — as for who won overall?

Billboard judged it a tie, but the MCs themselves say the true winner was … the Yay Area. So, exactly the way Short predicted it would play out.

Eagles and Wizards Players Arrested After Fighting in D.C.