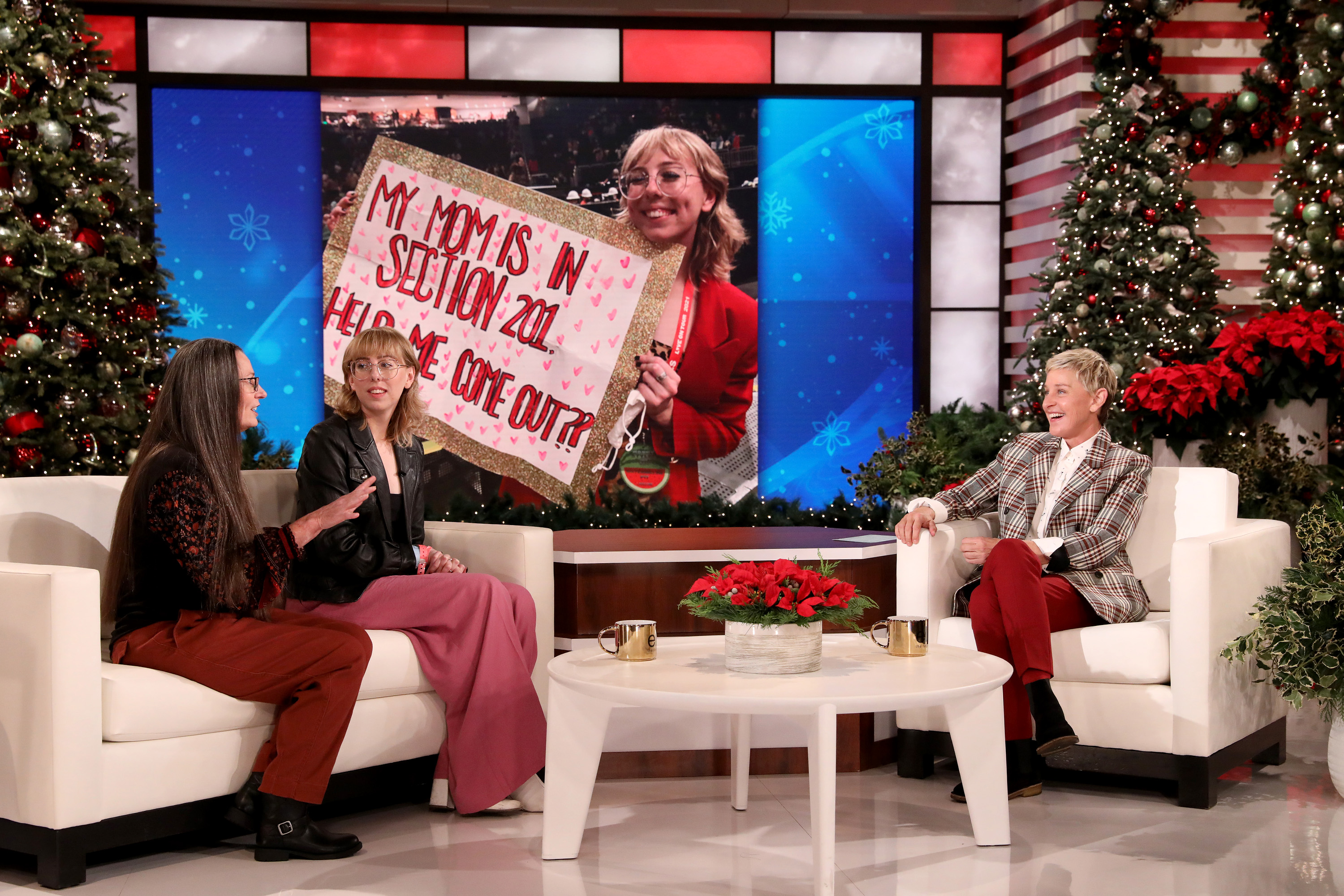 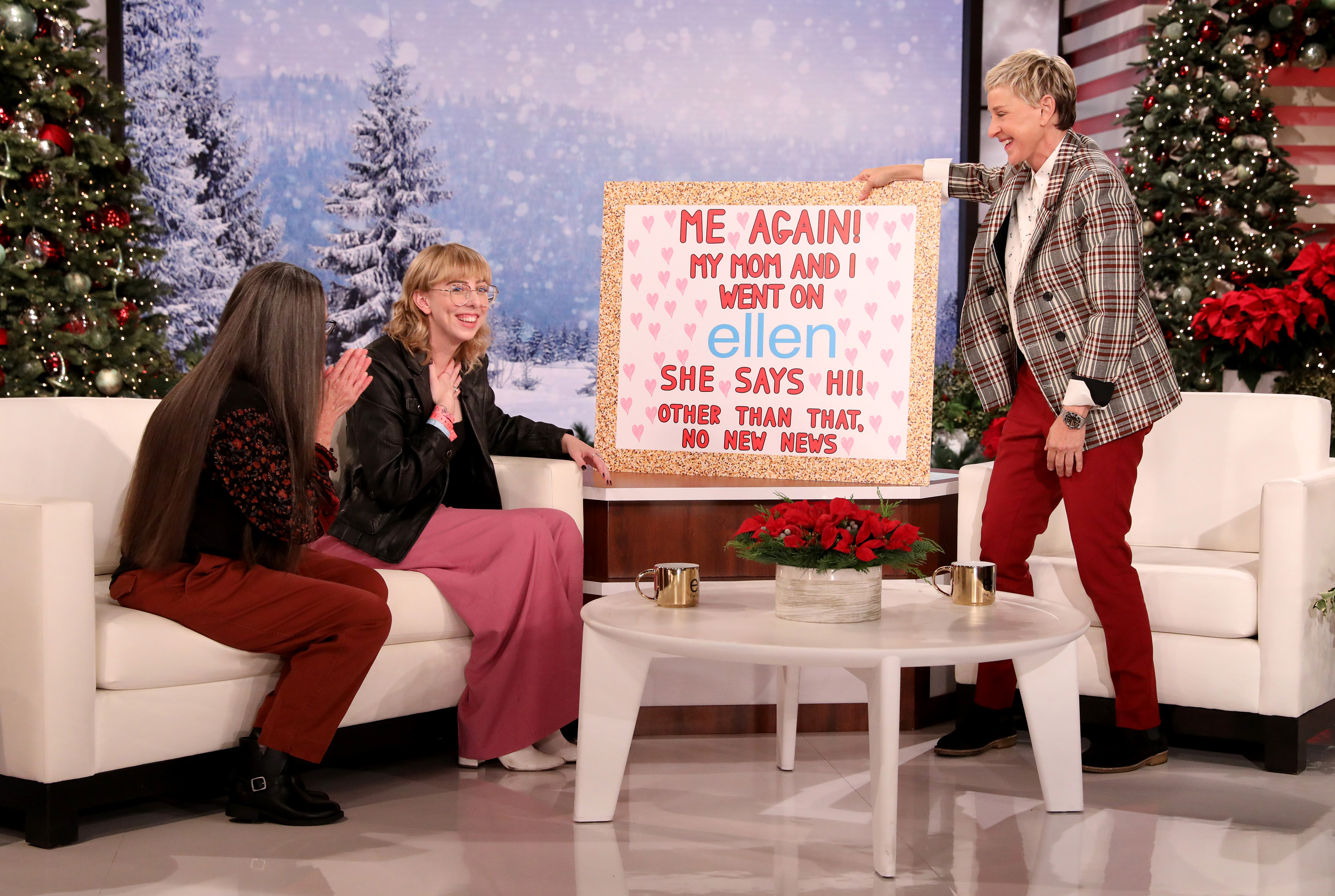 There are few better to help on someone’s coming-out journey than Harry Styles.

On Monday’s “The Ellen DeGeneres Show”, the host welcomed 23-year-old McKinley McConnell, who went viral recently after Styles helped her come out to her mom Lisa — also on the show — at a concert.

At the concert, McKinley held up a sign that read, “My mom is in section 201. Help me come out??”

Styles spotted the sign, spoke briefly to McKinley, and then pointed up to her mom in the upper section and shouted, “Lisa, she’s gay!” to cheers from the audience.

Asked how she has been feeling since that incredible moment, McKinley told Ellen, “Very overwhelmed. But the actual coming out of it, I feel so relaxed, I feel authentically true to myself. I am probably the happiest I’ve felt in a long time.”

When the host joked that one benefit of coming out so publicly at a Harry Styles concert is that “now she can meet someone.”

“That was the first thing my brother texted me, ‘I hope your dating life gets better,’” McKinley laughed.

She also explained that the reason she and her mom weren’t sitting together was that she was only able to buy the second ticket two days before the concert, plus, “I knew she’d be more comfortable sitting down.”

That signalled to Ellen that the coming out had not been planned.

“It was last-minute,” McKinley admitted. “I had come out to my siblings a couple months ago, so I knew I wanted to come out to her. It’s a very weird new tradition at his shows that he’s starting to help fans come out.”

Her mom added, “It was a complete surprise.”

Lisa explained that she knew her daughter had been secretly working on a sign for the show, but she said, “I still had no idea what she was going to say, and then he read it.”

Instead, Lisa blew kisses at her daughter on the big stadium screen.

READ MORE: Harry Styles On His Role In ‘Eternals’: ‘Who Didn’t Grow Up Wanting To Be A Superhero?’

Knowing that McKinley was heading to another Styles concert that night, Ellen supplied her with a new sign that read, “Me again! My mom and I went on ‘Ellen’. She says hi! Other than that, no new news.” 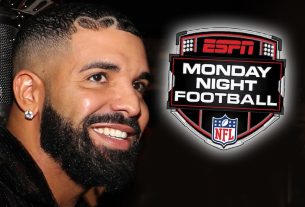 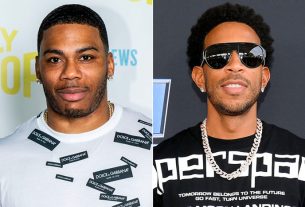 Nelly and Ludacris to Face Off in ‘Verzuz’ Battle