The legendary musician was Elvis’ drummer.

DEAD: Dj Fontana has passed away

TRAGIC: DJ Fontana has passed away

The iconic musician was said to have passed away in his sleep according to a Facebook post by his son.

David Fontana wrote: “I told everyone that I would keep you posted. My Dad passed away in his sleep at 9:33 tonight.

“He was very comfortable with no pain. I will post more tomorrow when I have more information. We ask for privacy at this time. Thank you for your love and prayers.”

Sun Studio, in Memphis Tennessee, where Elvis famously kicked off his incredible career, also posted on their official Facebook page: “We are extremely saddened to hear about the passing of legendary drummer D.J. Fontana. The band is all back together now.”

He began playing drums for Elvis in 1954 and worked with the music legend until 1968.

Frontman Elvis who starred in Jailhouse Rock with DJ Fontana, famously passed away in 1977 at his Graceland home.

Years of precription drug abuse had a severe impact on his health, and he died suddenly at 42-years-old.

Often referred to as the “King of Rock and Roll”, by many Elvis is regarded as one of the biggest cultural icons of the 20th century. 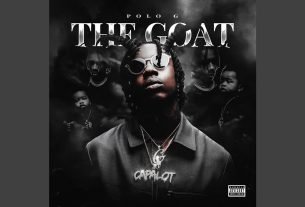 Polo G Samples Tupac on ‘Wishing for a Hero’