Emily Ratajkowski is an interesting type of celebrity. She’s at once both well-known for her high-profile modeling career and recognized among more niche circles for her forays into writing and podcasting.

Often referred to as EmRata, the multi-hyphenate has appeared in music videos, strutted catwalks, and graced many a high-profile campaign. Her book, My Body, which explored Ratajkowski’s fraught relationship with commodifying her own body through personal essays, was a New York Times best seller (and a book passed between friends for young women everywhere). More recently, her new podcast, High Low With EmRata, has already stirred discourse thanks to brutally honest interviews with stars like Chloe Cherry and Julia Fox.

I sat down with Ratajkowski in the penthouse suite of the New York Edition hotel. Ratajkowski wore jeans, a chocolate-colored blazer, and knee-high boots. She rounded off the look with her signature smoky eyes, a ’90s-style bombshell blowout, and coffee-toned nude lips.

Fittingly, the room smelled like Viktor&Rolf’s Flowerbomb, as Ratajkowski is the new face of the iconic fragrance. Flowerbomb is floral and bright with a sexy twist—the perfect perfume for Ratajkowski to represent. Below, find our full conversation.

What made you decide to work with Viktor&Rolf?

I mean, a bunch of different reasons. Someone I know who shot the campaign and works with Viktor&Rolf all the time are very good friends of mine. They’ve known Viktor and Rolf since they were all in their twenties. It felt really natural to partner with people that were friends of friends. Secondly, Flowerbomb is one of those fragrances that I’ve just known about my whole life and it felt like an honor to be considered to be the face of it.

What does it feel like to be the face of such an iconic perfume?

My best friend freaked out. She was like, “Wait, Flowerbomb, I used to buy that in Chinatown.” And, you know, I just feel like there’s something cool about the fact that a 45-year-old mom would know it, but also a 13-year-old girl, and I like that about it.

Yeah, it definitely feels like one of the more recognizable perfumes. So I take it you’re a perfume person?

Do you ever switch it up? Do you like to match fragrances to your mood or anything?

No, I’m not somebody who does that. I definitely have gone through seasons of life that I feel like reflect my perfume choices or not wearing perfume or even what kind of deodorant I’m wearing. I’ve switched that up. Scent is important to me, I like to always smell like myself. And I think what fragrance you wear should kind of blend with your natural scent.

It just became more involved. My friend opened a salon called Pearlita. She cuts hair, but she has somebody who is doing facials and I was like, “Okay, I will come and try.” This woman Callie has given me two facials now in the past month, and my skin has been doing so well that I think she’s changed my life. She introduced me to this brand, Future 5. I just use a normal face wash, not theirs, something random. Then I use their toner. Then I use P50 like three times a week, although it’s getting really wintry, so I’m not using too much because it’ll dry out my skin. And I layer that with Weleda Skin Food. The Future 5 [has] a gel—it’s super moisturizing. And then I’ve been starting to wear SPF, which is new, but I’m really proud to say it.

Yeah, that’s an important thing. If you had to leave the house in five minutes, what are a few products you would be sure not to leave without?

Okay, so I do this a lot. I’m like, “I actually know.” For makeup, if I’m going out for a long night or something and I’m going to want to touch up. I have a brow pencil that I use as a lip liner, a brown eyebrow pencil and I also use it to fill in my moles and give myself freckles. I always have that with me. It’s my lip touch-up. I really love Hailey Bieber’s Rhode lip gloss. It looks very slutty, and I like it. Especially with the brown lip liner. I have Patrick Ta’s—it’s a little compact and it has a cream blush that I can just smear on my face. And if I want I can touch up the center of my lips with that. Those are the key ones.

I feel like you’ve definitely nailed the smoky eye. Do tips or tricks for our readers?

It’s all in the shape. I would say I’ve had enough people do really bad ones on me. I’ve learned I have to kind of have a cat eye shape no matter what. I’m always kind of pulling the eye out. That’s what I would say my advice is to pull outward. It always is going to be flattering in anybody’s eyes.

Do you have any favorite red carpet makeup looks that you’ve had done?

Oh my god. I have a lot, actually. I mean, I have ones that I hate. I actually did my own makeup recently for this W magazine party. It was disco-themed and I gave myself really really curly hair. Then using a Pat McGrath palette [I] gave myself a red eye and pulled it out. I was very proud. I don’t know if it was on a red carpet, but I loved it. I was really proud of it.

I want to ask you about the ones you hate…

I don’t know if it was the VMAs or MTV Movie Awards [in] like 2015. This very lovely man put my hair into this insanely tight ponytail. And then the makeup, I had pink lips, and the way she did my skin, I was so pale-looking. I had no color on my face. And super, super dark eyebrows, and really chunky mascara. I hate those pictures so much. I’m like, “Why wasn’t anybody there to help you?”

Oh my god. No, I’m okay with it. A lot of the cringe moments from my public appearances in the past I’ve embraced. I was so embarrassed with this Marge Simpson costume I did years ago for Heidi Klum. I did the yellow makeup myself. Now I’m like, “Honestly, good for you, girl. You tried it, you did it.”

You tried it, that’s what’s important. Switching gears a little bit, I know it’s been about a year since your book came out. How has your life kind of changed since it was published?

I mean, I used to kind of not love it when people would come up to me. I was just thinking about this recently, so it’s funny you’re asking this. It was normally a girl being like, “You’re my boyfriend’s hall pass,” or a guy being like, “I’ve loved you forever, can we take a picture?” Now it’s young women who are like, “I love this part of your book.” Obviously, I felt like from having that out into the world, being able to start the podcast, and living in New York and having someone be like, “I listened to that episode. I have so many thoughts about blah, blah, blah.” I feel so much more connected with the world. Not fans, just people, in general. And I’m really, really grateful for that.

I really loved your book. If you could give your younger self any advice, what would you tell her?

Everybody is really hard on themselves.

What is your beauty philosophy?

For me with makeup, I feel really strongly [that you should] know your face and don’t follow trends. Like, do what you know. And then you can play with an eye or a lip or whatever, but like how you do your makeup and where you put your blush and your highlighter and all that stuff, that is so specific to everyone’s face. And I feel like people get caught up in trends and then they do things that they shouldn’t do, and they’re not paying attention to the way they actually look. So I really believe in finding the things that are right for you and sticking to them forever. Like until you die.

Next: Nordstrom’s Beauty Director Told Me 2023’s Most Strategic Buys 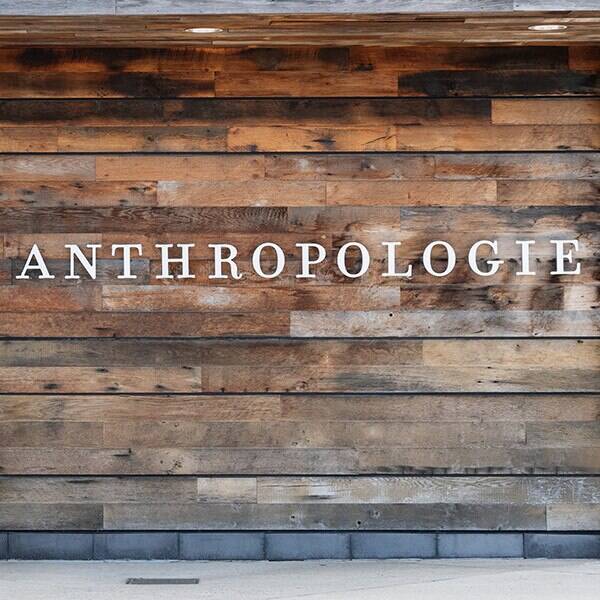