It’s hard to imagine many people being able to make a movie these days without someone getting wind of it, especially if that movie is a reboot of an Arnold Schwarzenegger film, but is seems that it has been done as Deadline reported that Arnie’s 1996 movie Eraser is not only getting a reboot but that it has already been shot by Warner Bros. The report details the new version of the action flick starring Dominic Sherwood, who has previously starred in Shadowhunters: The Mortal Instruments and Penny Dreadful: City of Angels, in the lead role.

Entitled Eraser: Reborn, the film has apparently been shot over the summer under the direction of John Pogue, with Jacky Lai, McKinley Belcher III and Eddie Ramos making up the core cast. It seems that the filming was all done under the radar, and considering there are no huge names attached to the project, that is probably how they managed to keep it quiet for this long.

The movie is now heading into post-production and seems to be aiming for a Spring 2022 release, although there is no word yet on exactly how that release will be delivered. It is believed that the film will not be heading to HBO Max like many of Warner Bros movies. While the movie plot follows US Marshal Mason Pollard, a specialist in fabricating face deaths of witnesses to crimes that erases all trace of them having existed, suggesting a similar story to the original, it is clear from the low key way the movie has been filmed that we are not going to expect a big blockbuster like the Arnold Schwarzenegger original.

The 1996 movie pulled in $240 million from its $100 million budget, and saw Arnie’s tearing up the screen as a witness protection specialist who takes on his co-workers when he becomes suspicious of their actions while handling a case that involves high-tech weapons. The action thriller was directed by Chuck Russell and co-starred Vanessa Williams, James Coburn and James Caan.

As expected, with no one seemingly aware of the movie’s existence until today, there are very few specifics about whether the new version will make any connection to the original, or if it will be a complete reboot – the latter of these seems to be the most likely outcome as it would seem strange to follow up an Arnie movie without the big man’s involvement. Now that the cat is out of the bag, there should be more information available soon about the movie including more specific plot points as well as a more definitive idea of how the film will be released if it is not going to be heading to HBO Max but is coming from Warner Home Media.

Warner Bros. have been playing around with many of their film releases that are due in the next six months, having not fully committed to returning to a theatrical release only slate for the foreseeable future, and Eraser: Reborn doesn’t sound like one that will break the mould in any way. This news comes from Deadline. 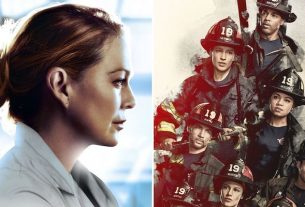 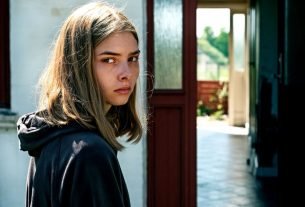