Erykah Badu is back with yet another controversial train of thought about unconditional love and seeing the good in people … this time her focus was on R. Kelly.

The R&B crooner was doing a show Saturday at Chicago’s Aragon Ballroom, where she stopped her performance at one point to launch into a tangent about R. Kelly … which did NOT go over well with the audience in attendance. Far from it, in fact.

Erykah said she wanted to send out a prayer to “R,” clearly referring to R. Kelly … and the remark definitely stunned the crowd for the worse. She said she hopes he sees the light of day if he’s done all the things he was accused of on “Surviving R. Kelly.”

As the boos mounted, Erykah continued her remarks by openly wondering if anyone who was allegedly assaulted by R. Kelly went on to be an offender themselves … do they too deserve to be crucified? She followed up by asking, “How do we do this?”

It’s a pretty tense scene as Erykah loses her fans more and more with each R. Kelly thought. Eyewitnesses tell us that a few people even got up and left the venue because of how turned off they were by her defending the embattled singer.

This is very much in line with Erykah’s views on Hitler. At least she’s consistent … for whatever that’s worth.

Ariana Grande Says Sometimes Life Is Upside Down, Just Like Her Christmas Tree 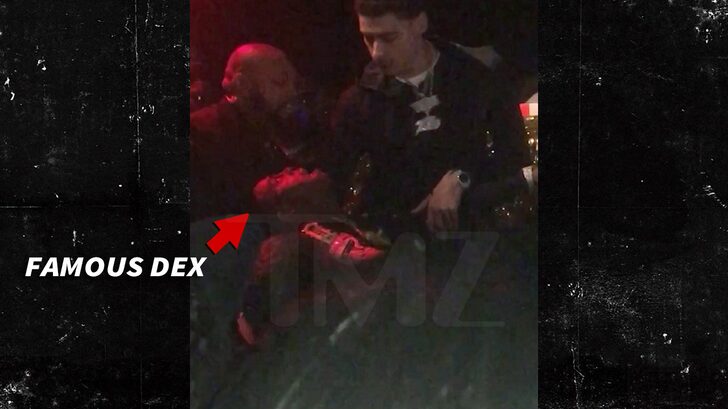