There’s a lot to pick apart in Blonde, Andrew Dominik’s highly criticized Marilyn Monroe film starring Ana de Armas, which is now streaming on Netflix. There’s the way it reduces Hollywood’s biggest icon to a helpless victim; its obsession with showing Monroe endure abuse, sexualization, and abandonment seemingly without end; and how it participates in the very behavior it means to critique. And then there’s its take on abortion.

In Blonde’s almost three-hour runtime, Monroe undergoes two abortions and loses a pregnancy. The latter is somewhat based on true events; the real-life actress did suffer from ectopic pregnancies and miscarriages through her life and never had children. Accounts of her having abortions, however, were only alleged, but Blonde goes on to imagine what they might’ve been like—with a view from between Monroe’s legs. (Understandably, audiences and even Planned Parenthood took issue with this.)

The first abortion comes after her threesome with Charlie Chaplin Jr. and Eddie G. Robinson Jr.; Monroe becomes pregnant ahead of filming Gentlemen Prefer Blondes. At first, she turns down the role, ready to become a mother. But when she learns her mother’s schizophrenia could be inherited, she decides to go through with an abortion to avoid passing on the mental illness to her child. The operation takes the perspective of looking out from her vagina, with a view of the doctor inserting a device at the beginning of the procedure. Marilyn starts having second thoughts. Maybe she wants to have a baby after all. She runs from the operating table and gets chased down. We don’t see the rest of the procedure, but the following scene of her filming Gentlemen Prefer Blondes implies that the abortion did, in fact, happen now that she’s back to work.

The second abortion comes after she meets President John F. Kennedy. She is taken in her sleep to the hospital, where an abortion is performed on her when she’s still groggy and in a daze. Again, we get the shot of her vagina being pried open, and in the end, she wakes up in bed, covered in blood, thinking she’s just had a crazy dream.

At some point between these abortions, Monroe becomes pregnant again and is ready to have a child. Her fetus, represented by a CGI rendering, speaks to her, begging for life and shaming her for her abortion. “You won’t hurt me this time will you? Not do what you did last time?” it asks, before telling her it’s the “same baby” as her previous pregnancy. The scene is so eerie, so bizarre, so coded with anti-abortion sentiments that it feels straight out of a propaganda video. Even if it wasn’t, one can already picture anti-choicers making one with it now. Personally, after over 10 years of Catholic school, which included its fair share of anti-abortion lectures and teaching chastity as the only birth control, I had still never seen a talking fetus until Blonde.

“Planned Parenthood respects artistic license and freedom. However, false images only serve to reinforce misinformation and perpetuate stigma around sexual and reproductive health care. Every pregnancy outcome—especially abortion—should be portrayed sensitively, authentically and accurately in the media. We still have much work to do to ensure that everyone who has an abortion can see themselves onscreen. It is a shame that the creators of Blonde chose to contribute to anti-abortion propaganda and stigmatize people’s health care decisions instead.”

The footage understandably shook other viewers too. The Daily Beast editor Allegra Frank called it “an abomination.” Jezebel’s Kady Ruth Ashcraft described it as “fully a scene from a VHS that an evangelical Christian middle school would play for its sex-ed classes.” When the film finally hit Netflix, more reactions, previously overshadowed by criticisms of the film’s general brutality, came rushing in.

In the face of the outcry, Dominik insists that the film doesn’t have an outright anti-abortion message. “I don’t think the movie is anti-pro choice,” he told The Wrap. Instead, the fetus scene intends to show how Monroe is “not seeing reality. She’s seeing her own fears and desires projected onto the world around her,” the director explained. “You see it constantly time and again that she’s reacting to a story that she’s carrying inside her. And I think sort of this desire to look at Blonde through this Roe v. Wade lens is everybody else doing the same thing. They’ve got a certain agenda where they feel like the freedoms of women are being compromised, and they look at Blonde and they see a demon, but it’s not really about that. I think it’s very difficult for people to step outside of the stories they carry inside themselves and see things of their own volition. And I think that’s really what the movie is about. The dangers of that.”

He also thinks the backlash is due to bad timing. “I mean, no one would have given a s–t about that if I’d made the movie in 2008, and probably no one’s going to care about it in four years’ time. And the movie won’t have changed. It’s just what sort of going on,” he told The Wrap. Perhaps the uproar wouldn’t have been as loud 14 years ago, but the pro-choice movement still existed then (and has for decades prior). Ultimately, Blonde was released in 2022, just three months after Roe v. Wade was overturned and amidst continuous additional attacks on abortion rights. Couldn’t anyone aware of that notice that any portrayal of abortion now—especially one that shames women and assumes they’ll regret their decisions—could mean something? Did nobody think this was a bad idea? (And aren’t scenes cut and deleted from films all the time?)

The fetus dialogue is adapted from a moment in Oates’ novel, in which Monroe imagines this thought coming from her womb, according to Decider. But depicting it onscreen with a CGI fetus feels cringeworthy and forced. Dominik explained to the outlet, “The reason to show it was because that’s the way Joyce [Carol Oates] handled it. Baby was real. I wanted Baby to be real.”

It’s meant to represent Monroe’s deep longing to become a mother, as Dominik told Sight and Sound: “Well, she wants to have a child because she wants to rescue herself. Her own experience of motherhood is disastrous, based on her own mother [who spent years in a psychiatric institution]. But that baby is real to her, and so that’s why you see the baby. I don’t think the scene would feel as real [otherwise]. And also, she’s having a reluctant abortion. So it would be pretty horrible. I’m trying to create her experience. I’m trying to put the audience through the same thing. I’m not concerned with being tasteful.”

There could’ve been interesting, nuanced ideas to explore in Monroe’s abortion scenes, like the lengths women had to go if they did want an abortion in the ’50s; or the dangers of getting an illegal abortion then versus the access people have to the procedure now in states that still allow it; or how safe abortions can be today if it were treated as proper, necessary healthcare. It could be worth exploring how even 60-plus years ago, women were choosing to have abortions instead of putting their careers on hold; or how commonplace abortions were if you had the privilege of being a movie star, though the decision was also made by male studio heads. In that, there’s also the bigger conversation of how actresses often did get secret abortions between the 1920s and 1950s, often at the behest of their studios, to avoid bringing shame to their projects with unplanned pregnancies. But Dominik has made it clear that there is no space for those conversations in this movie. There is, however, room for repeated trauma and a cartoonish talking fetus.

The widespread critiques of Blonde seem to repeat the same point, that the film doesn’t show Monroe’s joys, it pushes aside her accomplishments onscreen and off (like co-founding a production company), and limits her dreams to those of motherhood and finding her absent father. With an unyielding focus on her suffering and pain, it’s almost as if Blonde cared more about the imagined life and potential of Monroe’s fetus than her own. 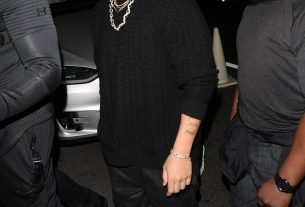 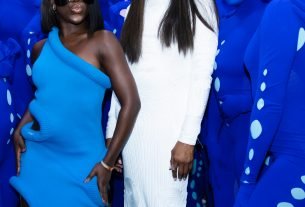