Manifest is coming back for season 4 on Netflix. The sci-fi drama originally aired on NBC, and fans have been anticipating these finally 20 episodes from creator Jeff Rake. The show follows the passengers of Flight 828, a group of people who experienced a little more than turbulence when they took a commercial flight home to New York City. Upon their safe arrival, they were informed that their flight had been missing for five-and-a-half years and every one of them was presumed dead.

To make things even more mysterious, soon after acclimating to this info, passengers started to experience supernatural “callings” that led them towards opportunities to help other people.

Will season 4 finally reveal all? Here’s what we know so far.

Is there a trailer for Manifest season 4?

Yes. In September, Netflix released a trailer for the remaining twenty episodes, which have been split into two ten-episode releases.

“828 wasn’t an accident,” Michaela Stone says in the trailer. “We’re supposed to save the passengers together.”

In another clip, Saanvi discovers 828’s black box, which is bound to have some answers. It seems like he receives some while reviewing it, because he asks, “Have we had this wrong the whole time?”

What is season 4 of Manifest about?

There were a lot of cliffhangers at the end of season 3. The show generally focuses on the Stone family, but in the finale, another 828er named Angelina murders killed Grace and kidnaps her baby, Eden. Cal, the youngest member of the Stones touches the the tail fin of the 828 plane and disappears only to re-appear five years older than he was before.

Netflix offered this synopsis of the upcoming season.

“Two years after the brutal murder of Grace turned their lives upside down, the Stone family is in shambles as a devastated Ben continues to mourn his wife and search for his kidnapped daughter, Eden. Consumed by his grief, Ben has stepped down from his role as co-captain of the lifeboat, leaving Michaela to captain it alone, a near impossible feat with the passengers’ every move now being monitored by a government registry. As the Death Date draws closer and the passengers grow desperate for a path to survival, a mysterious passenger arrives with a package for Cal that changes everything they know about Flight 828 and will prove to be the key to unlocking the secret of the Callings in this compelling, mind-bending, and deeply emotional journey.”

Thematically, Rake told Entertainment Weekly in an interview, “The aftermath of that [season 3 finale] tragedy and how it has impacted every member of that family, their journey battling between desire for vengeance and attempting to get their head around the idea of forgiveness and healing is really at the center.”

Josh Dallas, who plays Ben Stone, added that his character is “questioning everything, not only the callings, but God and the universe and his own good-ness versus evil.”

He continued, “The loss of Grace has left this enormous void in him and a profound depth of anger. The thing about anger is it begs to stick around. It can rob you of your light and leave you with nothing to offer. It makes you hurt the ones who love you, and Ben does a fair bit of that. I think a part of him wills that sorrow to persist, because he thinks that if he lets go of it and heals from his grief, he’ll somehow lose Grace forever.”

Who will star in season 4 of Manifest on Netflix?

Switching over from NBC to Netflix was allegedly a rocky negotiation process, because the actors were no longer contractually obligated to be on the show after June of 2021.

“There were hard-fought negotiations and that’s always tough,” Rake said of the process of getting everyone back on board. “It’s business. There were a lot of tough ones where people play chicken. Who’s going to cave first? So, of course, that would come up: “Do you absolutely need that person?’ ’Could the story go on without that character?’ ‘Could you recast that role?’ Truthfully, the answer was no.”

When is season 4 of Manifest coming out on Netflix?

The first ten episodes of Manifest will be available on Netflix this November 4. The second group of episodes have not yet been given a release date. 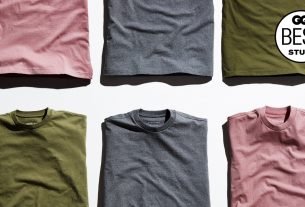 The Best T-Shirts to Wear Right Now Are Bigger, Boxier, and Badder Than Ever