It sounds like this year’s big DC crossover is going to get a little extra super.

Not only will the event—a three-night crossover between The Flash, Supergirl, and Arrow—feature all the regular superheroes we’ve come to know and love, but we’ll also get to hang out with a few other super faces, new and old, thanks to the return of Superman and the introduction of Batwoman and Lois Lane.

Last year’s crossover started with the wedding of Barry Allen (Grant Gustin) and Iris West (Candice Patton) being interrupted by nazis from an alternate universe, so it’s safe to say pretty much anything could go down when these three shows get together.

One mystery we’re still trying to solve is exactly what Emily Bett Rickards was trying to communicate when our Comic-Con game of Truth or Dare asked her to “mime a secret from this year’s crossover.” She simply did one jumping jack, then sat back down while her costars clapped and agreed that it was a good miming of a secret from the crossover. Makes no real sense to us, so we guess we’ll just have to wait to find out exactly what (or who) that jumping jack was about.

For everything we actually know so far about what we’re going to see come December, scroll on down!

One of the first things we ever knew about this year’s crossover was that we’d be meeting Katherine Kane, also known as Batwoman. She’ll first appear in the crossover before potentially starring in her own CW pilot, becoming one of TV’s first lesbian superheroes.

In early August, it was announced that Australian actress and Orange is the New Black and The Meg star Ruby Rose will be taking on the role. Rose then had to leave Twitter after online harassment criticizing the casting.

While we haven’t yet heard if we’ll be meeting Batman himself, we do know that we’ll get to venture into Gotham City for the first time in the Arrowverse during the crossover.

Last season, Arrow confirmed the in-universe existence of Batman and Gotham City with a little shoutout to Bruce Wayne, so it doesn’t seem like a glimpse of

This year’s crossover marks the first time the event has begun on a Sunday (now that the CW has returned to programming Sundays), beginning on Sunday, December 9 with The Flash. It will continue on Monday, December 10 with Arrow and ends on Tuesday, December 11 with Supergirl.

Tyler Hoechlin will reprise his Supergirl role as Superman/Clark Kent for the crossover. He previously appeared in four episodes of the series last year, but hasn’t been seen since the second season finale when he declared that he’s motivated in every fight by his love for Lois Lane, which makes it extra special that on the crossover, he’ll be joined by…

The CW announced that the crossover will also serve as the Arrowverse debut of Lois Lane, for whom casting has just started.

We’ve already met Lois’ younger sister Lucy, played by Jenna Dewan, and her father Sam, played by Glen Morshower, and we’ve heard quite a bit about the woman herself, but have yet to actually meet her.

“We couldn’t be more excited to introduce Lois Lane to the Arrowverse,” said Supergirl EPs Jessica Queller and Robert Rovner. “This dogged, determined and brave reporter will make for a strong partner to Superman and amazing addition to our universe of DC characters.”

As soon as the news of Lois Lane’s arrival was announced, the internet started making their pics for who should play the famous reporter. Teri Hatcher and Erica Durance have played her on TV before, with Amy Adams currently inhabiting the role on the big screen.

Most fans have stuck to actresses who look like they could be related to Jenna Dewan and Glen Morshower, like Lucy Hale, Lauren Cohan, Sophia Bush, and Hoechlin’s former Teen Wolf costar Crystal Reed but there are also hopes that we could find out that Lois is mixed race. Teen Wolf‘s Arden Cho has been suggested, as has Skins star Jessica Sula and Pretty Little Liars star Janel Parrish.

The CW is also full of actresses who could make for some great Lois Lanes, like The 100‘s Lindsey Morgan and iZombie‘s Aly Michalka, or former Reign star Adelaide Kane, or former Originals star Phoebe Tonkin, or perhaps even Burden of Truth star (and former Smallville star) Kristin Kreuk. The list is endless (but also can we please have that last one??).

As usual, the internet’s got a lot of opinions, so no pressure, Warner Bros casting department!

The CW’s annual superhero crossover will begin Sunday, December 9 on the CW. 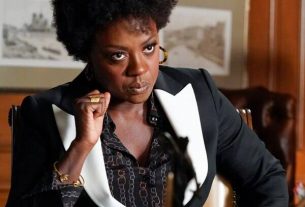 How To Get Away With Murder Series Finale Kills Annalise Keating, But Not How You Might Think