Though filming on The Batman, starring Robert Pattinson, has resumed following a COVID-19 production halt, a new 2022 release date has been announced for the film. The movie is currently filming in London, with new photos emerging of Pattinson as Batman, Zoë Kravitz as Catwoman, and John Turturro as villain Carmine Falcone.

Here’s everything you need to know about the highly-anticipated comic book movie while you wait for 2022, including a look at the first trailer.

Back in May, Variety reported that The Batman would begin filming in late 2019 or early 2020 in the U.K. Production paused in March due to COVID-19 safety precautions. The outlet then confirmed that the movie resumed shooting at Warner Bros. Studios Leavesden in the U.K. this September. Rumors about a restart began the month prior, when crew members were spotted building sets for the movie. Per Variety, production halted seven weeks into filming, with about three months left to complete. This means the movie could still realistically wrap by the end of the year or early 2021.

Yes, a first look at the new Caped Crusader is here. In late August, Warner Bros. released the first teaser for The Batman during a DC FanDome panel. Set to Nirvana’s “Something in the Way,” fans get their first look at Pattinson in action, as well as Paul Dano’s Riddler, Zoë Kravitz’s Catwoman, and Jeffrey Wright’s Commissioner Gordon. At the end of the teaser, “2021,” the film’s release year, is written like “?0?1,” a reference to both the Riddler and the unknowable theatrical release landscape that awaits the movie.

On August 20, director Matt Reeves released the official logo for the film and teased an upcoming panel at DC FanDome with a moody new poster. The poster, designed by DC’s chief creative officer Jim Lee, per Variety, showcases the caped crusader’s batsuit.

A few photos from filming have also made the rounds. Kravitz sports a leather trench coat and headpiece as Catwoman alongside Turturro’s Carmine Falcone. Meanwhile, Pattinson appears stoic in a wool coat and dark suit for scenes as Bruce Wayne.

Pattinson will play the titular role—although he’s had to adapt his preparation during quarantine.

Reeves (Dawn of the Planet of the Apes) will helm the movie, a reboot from Ben Affleck’s take on the caped crusader. Variety broke the news that Pattinson was cast as Bruce Wayne/Batman and reportedly beat out Nicholas Hoult for the role.

In a recent GQ June cover story interview, Pattinson spoke about how he’s prepping for the role now that filming has paused. He admitted that he “just barely doing anything” with the Bosu ball and single weight the studio’s trainer has gave him for quarantine. But Pattinson said he is following his meal plan, which includes oatmeal with vanilla protein powder and tuna from a can.

The actor also spoke about learning he was cast in the role during the early days of shooting Christopher Nolan’s upcoming film, Tenet. When asked about the challenge of playing a character so engrained in pop culture, he explained, “I kind of like the fact that not only are there very, very, very well-done versions of the character which seem pretty definitive, but I was thinking that there are multiple definitive playings of the character.”

Pattinson added that he wanted to search for “the gap” among different portrayals from George Clooney, Christian Bale, and Ben Affleck. “You’ve seen this sort of lighter version, you’ve seen a kind of jaded version, a kind of more animalistic version. And the puzzle of it becomes quite satisfying, to think: Where’s my opening?,” he told GQ. “And then also, it’s a legacy part, right? I like that. There’s so few things in life where people passionately care about it before it’s even happened. You can almost feel that pushback of anticipation, and so it kind of energizes you a little bit. It’s different from when you’re doing a part and there’s a possibility that no one will even see it. Right? In some ways it’s, I don’t know… It makes you a little kind of spicy.”

Bale and Affleck at the 2013 Critics’ Choice Awards.

In an interview with Esquire U.K., Pattinson described putting on the bat suit for the first time as a “transformative” experience. “It’s kind of insane,” he said. “I was so far away from ever thinking it was a realistic prospect. I literally do not understand how I’ve got it, at all.”

Pattinson’s former Twilight co-star and ex Kristen Stewart endorsed his casting. “I feel like he’s the only guy that could play that part,” she told Variety. “I’m so happy for him. It’s crazy. I’m very, very happy about that. I heard that and I was like, ‘Oh man!’ It’s awesome.”

Who else has joined the cast?

On October 14, Warner Bros. confirmed that Kravitz would star as Selina Kyle/Catwoman in the upcoming film. Anne Hathaway, Halle Berry, and Michelle Pfeiffer previously played iterations of the character, but Kravitz comes to the role with her own experience; she voiced Catwoman in the 2017 animated film The Lego Batman Movie.

In 2015, Kravitz told Nylon that she was denied the opportunity to audition for 2012’s The Dark Knight Rises because she was too “urban.”

On October 17, Variety reported Paul Dano would be playing the Riddler, a role previously played by Jim Carrey in 1995’s Batman Forever. News of his casting comes after Jonah Hill reportedly rejected an offer for the movie. “Given how long negotiations went on between the studio and Hill’s team, insiders believe WB already had an offer ready to go out to Dano once Hill passed on the role,” Variety explained in its report.

In November, Deadline broke the news that Colin Farrell was in talks to join the film as the Penguin. By January, Reeves confirmed the casting, tweeting a gif of the actor along with the caption, “Wait — is that you, #Oz?” Oz is short for the character’s birth name, Oswald Cobblepot. The villainous role was famously played by Danny DeVito in 1992 for Tim Burton’s Batman Returns.

In December, THR reported that Peter Sarsgaard would join the cast in an unspecified role, news Reeves confirmed on Twitter. Sources told the outlet Sarsgaard could be playing a corrupted cop or district attorney Harvey Dent, who later turns into Two-Face. In 2008, Sarsgaard’s real-life partner Maggie Gyllenhaal starred in The Dark Knight as assistant D.A. Rachel Dawes, who has a romantic relationship with Harvey Dent (Aaron Eckhart).

Late September brought news of Jeffrey Wright’s casting as Commissioner Gordon, per The Hollywood Reporter. Typically a source of support for Batman, the role was previously played by Gary Oldman and J.K. Simmons.

Other famous faces to board the forthcoming project include Andy Serkis as Bruce Wayne’s butler Alfred and Turturro as bad guy Carmine Falcone. Reeves confirmed both castings with gifs of the actors on Twitter.

As for the film’s sound, Michael Giacchino (Cloverfield, Star Trek) will compose the movie’s score. On Twitter, Reeves retweeted a video of himself on bended knee asking Giacchino to work on the film at an event at the Royal Albert Hall in London.

What will The Batman be about?

Although the project’s plot is still shrouded in mystery, Reeves offered insight in a January interview with The Hollywood Reporter. “It’s very much a point of view-driven, noir Batman tale,” he told the outlet. “It’s told very squarely on [Batman’s] shoulders, and I hope it’s going to be a story that will be thrilling but also emotional. It’s more Batman in his detective mode than we’ve seen in the films. The comics have a history of that. He’s supposed to be the world’s greatest detective, and that’s not necessarily been a part of what the movies have been.”

Last month, director Matt Reeves released the first footage of Robert Pattinson in character as the superhero, and it’s just as dark and sexy as you imagined.

He’s also got an equally sleek Batmobile to match.

Sarsgaard gave further details about the movie’s tone during an early February interview with SiriusXM radio. He wouldn’t confirm nor deny that the character name listed for him on IMDB, District Attorney Gil Colson, was an alias for Two Face. However, he did compare the tone of The Batman to…the mood of the Pixies’ music. “It’s so raw in that way,” he explained. “That’s what I feel like about this. It is not sanitized. It’s got a raw power to it, a raw emotionality.”

Any chance for DC Comics crossovers? The full trailer is out!

Several other high-profile DC characters are gracing the big screen of late, including Joaquin Phoenix’s Joker and Margot Robbie’s Harley Quinn in the upcoming Birds of Prey. When it comes to Phoenix, don’t hold your breath for a crossover. Per Variety, Joker director Todd Phillips said, “No, definitely not,” when asked if the character would appear onscreen with Pattinson’s Batman.

The full trailer is out!

At Saturday’s DC FanDome, a free event gathering stars and panelists from the DC world, the full trailer for The Batman was finally released. The trailer opens with police arresting a man in a grim Gotham diner, whose coffee cup has some Riddler-related latte art on display. Can you answer the riddle of who he might be?

“Fear is a tool,” Pattinson’s Batman intones over scenes of the vigilante confronting more every day villains. “When that light hits the sky, it’s not just a call—it’s a warning.”

On December 27, 2021, a new trailer for The Batman draws our attention to the chemistry between Robert Pattinson and Zoë Kravitz with the title “The Bat and the Cat.” It also reveals some flirtatious scenes interspersed with the unlikely partners kicking butt together.

Though Catwoman tends to be portrayed as a villain in many Batman storylines, this time she is aligning herself with Bruce Wayne in the fight against Gotham City’s corruption and the malevolent machinations of the Riddler.

“The Bat and the Cat—it’s got a nice ring,” Kravitz as Selina Kyle quips in one clip.

Other scenes show the Batman as Bruce Wayne, pestered to do more for the city from a philanthropy angle, which isn’t a bad idea. But he scoffs at mayoral candidate Bella Reál when she tells him, “You know, you really could be doing more for this city. Your family has a history of philanthropy but as far as I can tell you’re not doing anything.”

No one knows what the Bat gets up to at night, except the Cat. 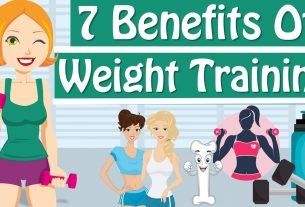 Benefits Of Weight Training For Women 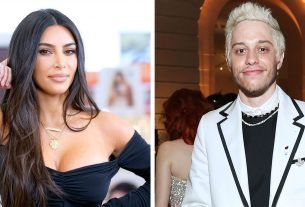 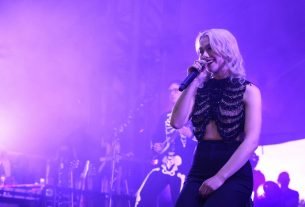