E!’s the place to be for everything New York Fashion Week.

We know this to be true as E! is once again setting up headquarters at Spring Studios—the official home of New York Fashion Week— in order to bring viewers an exclusive and inside look at one of the year’s biggest fashion events. Yup, #FashionWeekatE has arrived and we’re dedicated to giving fans multi-platform coverage (on-air, online and across mobile and social).

In fact, E! News will be all over the A-list scene of Fashion Week. We’re talking behind-the-scenes access to the hottest Fashion Week events, in-depth interviews with designers and exclusive chats with notable stars. We’ll also be observing Jessie James Decker as she puts on the final touches for her Kittenish show.

E! will also be all over Rihanna‘s Savage X Fenty Show and red carpet. Not to mention, E! News has the broadcast exclusive for the star-studded launch of the Target 20th Anniversary collection red carpet and event—and we couldn’t be more excited.

Just when you thought it couldn’t get better, E! confirmed they’re teaming up with TRESemmé and Visa to provide exclusive behind-the-scenes NYFW content for you fashion aficionados. How exactly?

Well, E! and TRESemmé are co-creating exclusive content that follows E! News The Rundown host Erin Lim on her NYFW journey. Get all of Erin’s tips and tricks as she packs for Fashion Week, covers the hottest kick-off party and takes viewers backstage at the Rebecca Minkoff show. At the show, Erin will chat with TRESemmé Global Stylist Justine Marjan about elevating everyday looks as a part of TRESemmé’s overall theme of empowering women to make their mark in society.

Make sure you tune into The Rundown, as Erin will be sharing some essential hair touch-up tips straight from the TRESemmé salon!

E!’s Front Five powered by Visa will also take you inside the fashion world through a five-day documentary series that captures exclusive NYFW moments. E! has selected designer Kim Shui, supermodel Lily Aldridge, actress Luna Blaise, model Halima Aden and designer Jason Wu to be honored in this series since each professional is influential in their respective fields.

E!’s Front Five will host the NYFW kick-off party on Wednesday, Sept. 4 at the Top of the Standard. This bash will also be co-hosted by E! Entertainment, ELLE and IMG in partnership with TRESemmé.

In addition to this content, E! will bring fans extensive video, digital look books and round-the-clock editorial on the hottest celebrity-inspired style and beauty at eonline.com.

Of course, E!’s What the Fashion (found on Snapchat Discover) will get in on the NYFW-fun as it’ll drop new episodes.

There’s quite a bit to look forward to this New York Fashion Week! What are you looking forward to most? 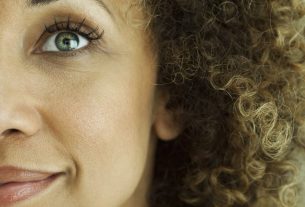 Expert reveals common mistake that could be damaging our lashes