Bombshell after bombshell has been dropped since the Fantastic Beasts trailer was released, and while avid Harry Potter fans were excited about the Nagini revelation, there was one thing they were disappointed with.

There has been a tonne of topics from the Harry Potter series that were left untouched, with most of them surrounding the most secretive person, Albus Dumbledore.

With his history, fans have been waiting to hear more about his younger years – and with Fantastic Beasts doing exactly that, excitement has grown.

Fans are expecting to hear all about his younger sister Ariana, with a theory suggesting that she’s an Obscurus, which is a witch or wizard who suppresses their magic.

“In that earlier interview, I didn’t say Dumbledore’s not gay. He is”

Although they’re hoping to hear more about Ariana, the biggest thing fans are waiting for is to hear about Dumbledore’s love life, after J.K. Rowling confirmed Dumbledore was gay and in love with Grindelwald years ago.

Despite this, for the upcoming film it was assumed that the topic wouldn’t be touched on, but the director, David Yates, has revealed otherwise.

After he previously said that Dumbledore’s sexuality would “not explicitly” be addressed, he cleared up what he really meant with Empire magazine.

He said: “In that earlier interview, I didn’t say Dumbledore’s not gay. He is.

GRINDELWALD: Grindelwald had to be stopped in the upcoming film (Pic: FANTASTIC BEASTS)

“This part of this huge narrative that Jo is creating doesn’t focus on his sexuality, but we’re not airbrushing or hiding it.

“A couple of scenes we shot are very sensual moments of him and the young Grindelwald.”

He added: “The story isn’t there in this particular movie, but it’s clear in what you see… that he is gay.”

It’s worked out well that his sexuality will be covered, because fans haven’t been happy with Dumbledore’s relationship with Grindelwald being covered up.

ROMANCE: Dumbledore was in love with Grindelwald (Pic: FANTASTIC BEASTS)

One user took to Twitter to write: “J.K. Rowling said Dumbledore was gay yet never wrote him a fleshed out love story…”

Another added: “Why was Dumbledore being gay never a plot of the story? We need to see his relationship with Grindelwald.”

Despite fans being worried that Dumbledore’s history will be ignored, it won’t be – and we even see a scene where Dumbledore sees Grindelwald in The Mirror of Erised.

Remember in Harry Potter and The Philosopher’s Stone when Dumbledore said he saw himself holding a pair of socks and Harry thought he was lying? It was most likely Grindelwald. It’s all coming together now. 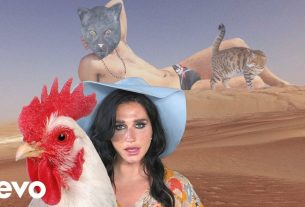